An Inuit direction marker stands out amidst the blowing snow on Ellesmere Island. Even among the Inuit, the island’s northern shoreline is largely devoid of human life. Photo by Jim Brandenburg/Minden Pictures/Corbis

When you’re careening across the undulating surface of an ice shelf, anything that isn’t white, black, or gray stands out. But an old broken-down snowmobile—a first- or second-generation Bombardier with flecked yellow paint and a rust-eaten body—offers more than a splash of color. It’s a reminder that even here, in this empty world where not even trees can grow, people have made their mark. Yet as the world warms and this ice disappears for good, so too will many of these human traces. And, with them, the legacies of those who ventured to the extreme parts of this planet.

The abandoned machine could have belonged to any of the early polar scientists who visited this spot on Ellesmere Island, at the very tip of Canada’s Arctic. But glaciologist Adrienne White hopes it was left by someone special: Harold Serson, an academic hero and inspiration. “He’s my science grandpa,” she says.

Serson spent five decades working on Ellesmere Island until his death in 1992. He was a veritable giant in Canadian glaciology. Though his discarded equipment may linger, the grandest signifier of his legacy is just about gone.

In 2006, a massive raft of ice was named in Serson’s honor. Two years later, more than half of the Serson Ice Shelf broke off and floated into the ocean. More losses in the ensuing years mean that only a fraction of the original ice remains. It’s as if one of the Rocky Mountains had collapsed into rubble—a massive patch of the Canadian landscape disappearing in a few short geologic moments. 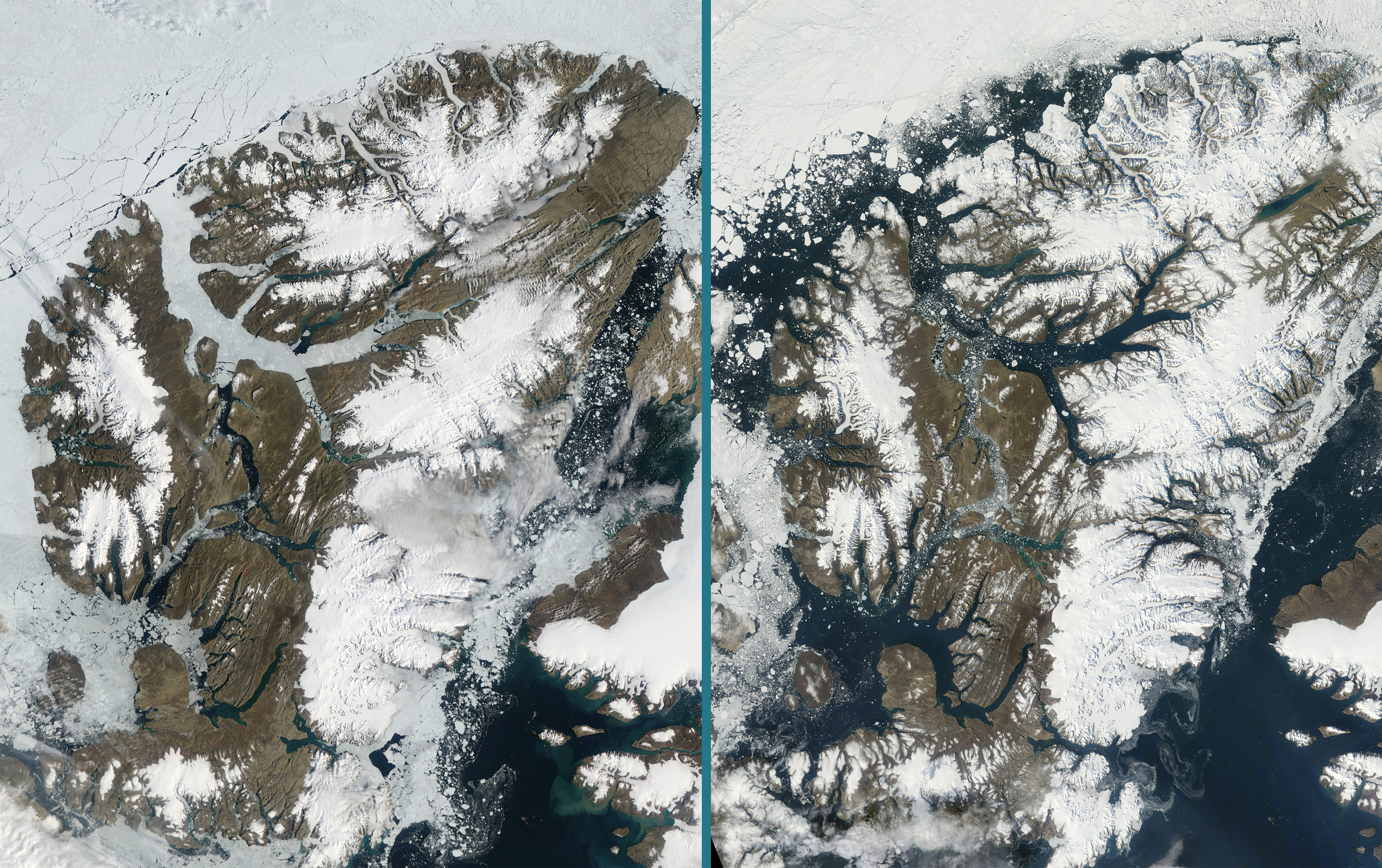 When explorers visited Ellesmere in the early 1900s, the island’s northern coast was ringed by one seemingly endless floating ice shelf—layers of persistent ice that extended 450 kilometers along the coast. But by 2005, the ice shelves began to break. That year, even before the Serson Ice Shelf was named, the Ayles Ice Shelf—coined for polar explorer Adam Ayles—collapsed. In 2008, the Markham Ice Shelf—named for an Admiralty officer who, at 15, led a raiding party against Chinese pirates—broke up and drifted away. Since then, half of the remaining floating ice shelves have crumbled.

“By naming these features after people it’s a way to immortalize them and protect their legacy,” says White. When an ice shelf disappears, so too does the name attached to it.

“Seeing these dramatic changes reaffirmed to me how quickly the High Arctic is changing, and how crucial it is to gather as much data as we can now, before the remainder of the ice shelves are gone,” she says.

Parts of the Arctic terrain that have existed since before the Inuit arrived in North America are disappearing within a generation.

“We’re losing, essentially, permanent parts of Canada,” says Luke Copland, White’s PhD supervisor. “We have to redraw maps.” Copland was one of the last people to stand on the Serson Ice Shelf.

The work White and her colleagues are doing on Ellesmere Island joins them in a chain that spans generations. But the chain is destined to end—abruptly—before today’s children are old enough to join their ranks. The ice shelves named for Serson and his colleagues will almost certainly be gone.