The contested Spratly Islands are an important part of the South China Sea ecosystem. The islands act as a nursery, from which fish and other economically important animals spread to surrounding coastal regions. Photo by Lorgina Minguito/Reuters/Corbis

This past summer, a scientific research vessel from the Philippines was crewed and provisioned, ready to set sail to the heart of the South China Sea to survey coral reefs, collect coral, fish, and other samples, and measure rising ocean temperatures. Then the Philippine government called it off—rising geopolitical tensions had scuttled the trip.

Scattered in the middle of the South China Sea, the Spratly Islands are a heavily disputed assemblage of islands, reefs, and atolls. Malaysia, China, the Philippines, Vietnam, Brunei, and Taiwan all lay claim to pieces of this oceanic real estate for various reasons, including access to oil and gas stores and commercial fisheries. For many research scientists, however, the value is in ecological data.

About two decades ago, researchers surmised that the Spratly Islands and the neighboring Scarborough reefs serve as an ecological reservoir for the South China Sea. Ocean models, backed up with genetics, showed that fish and coral from the Spratlys are carried by ocean currents to the coasts of surrounding countries, replenishing populations of vital fish. The planned Filipino expedition was intended to help validate those ocean models, and to monitor coral bleaching and other ocean parameters during this year’s strong El Niño. 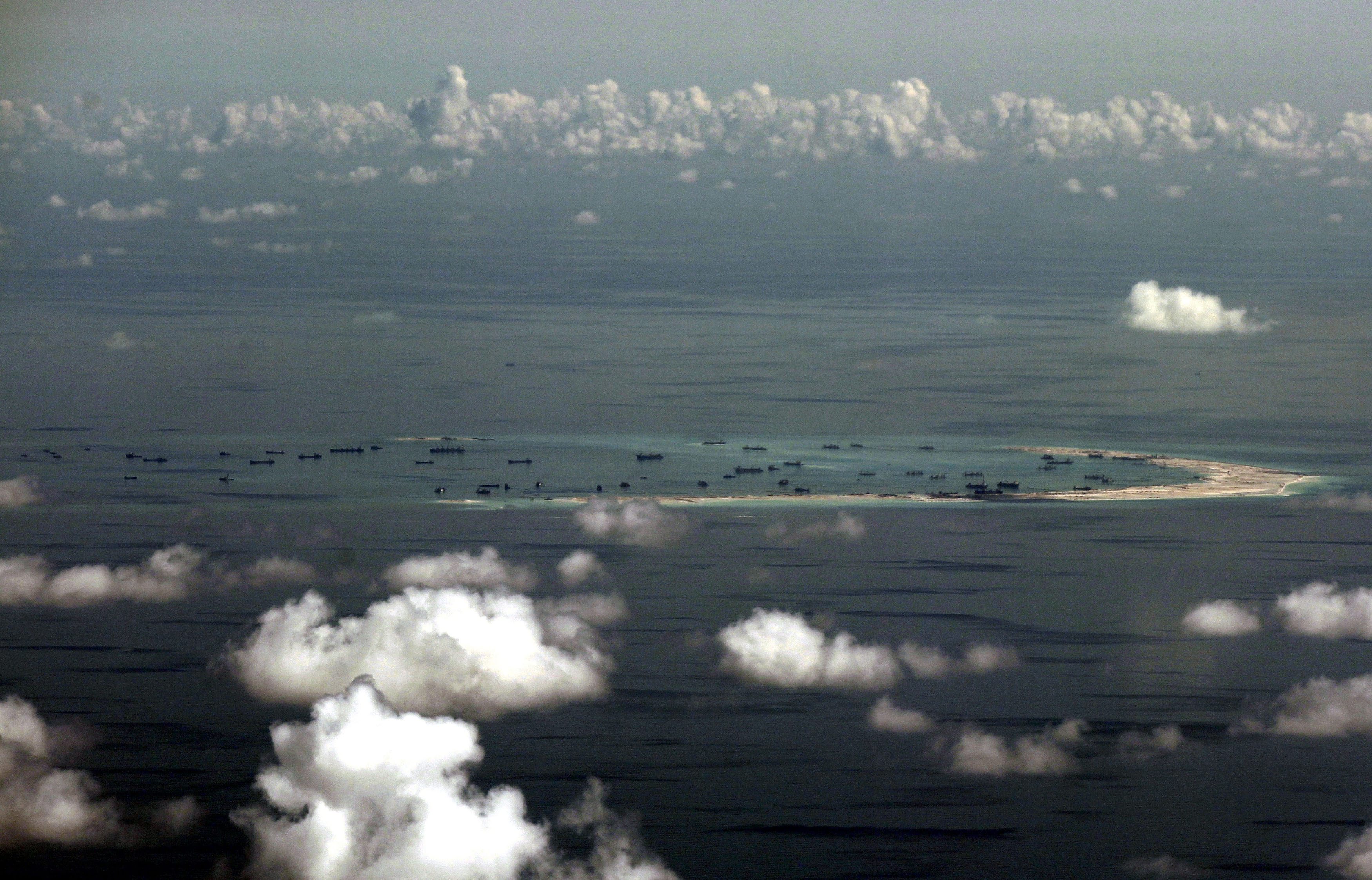 An artificial island under construction in the South China Sea, as of May 11, 2015. Photo by Ritchie B. Tongo/POOL/epa/Corbis

But, in the past year, the political situation changed. Satellite images and aerial photos have shown China building new islands in the region, and fitting some with what appear to be airstrips and military bases. The United States, Japan, and the Philippines have responded with their own displays of power. In October, a US guided missile destroyer sailed within 22 kilometers of one of China’s artificial islands, provoking sharp words from China.

While military vessels push perceived boundaries, the situation has curtailed scientific pursuits. Some researchers have been barred from the region, while others opt out of working around the Spratlys for fear that their presence may lend tacit support to some side or the other. But all the while, this island ecosystem is undergoing rapid development. Aside from news reports and aerial imagery, scientists are all but blind to the changes facing the Spratlys, an ecosystem of outsized importance that serves as an oceanic nursery for fish and coral in the South China Sea. 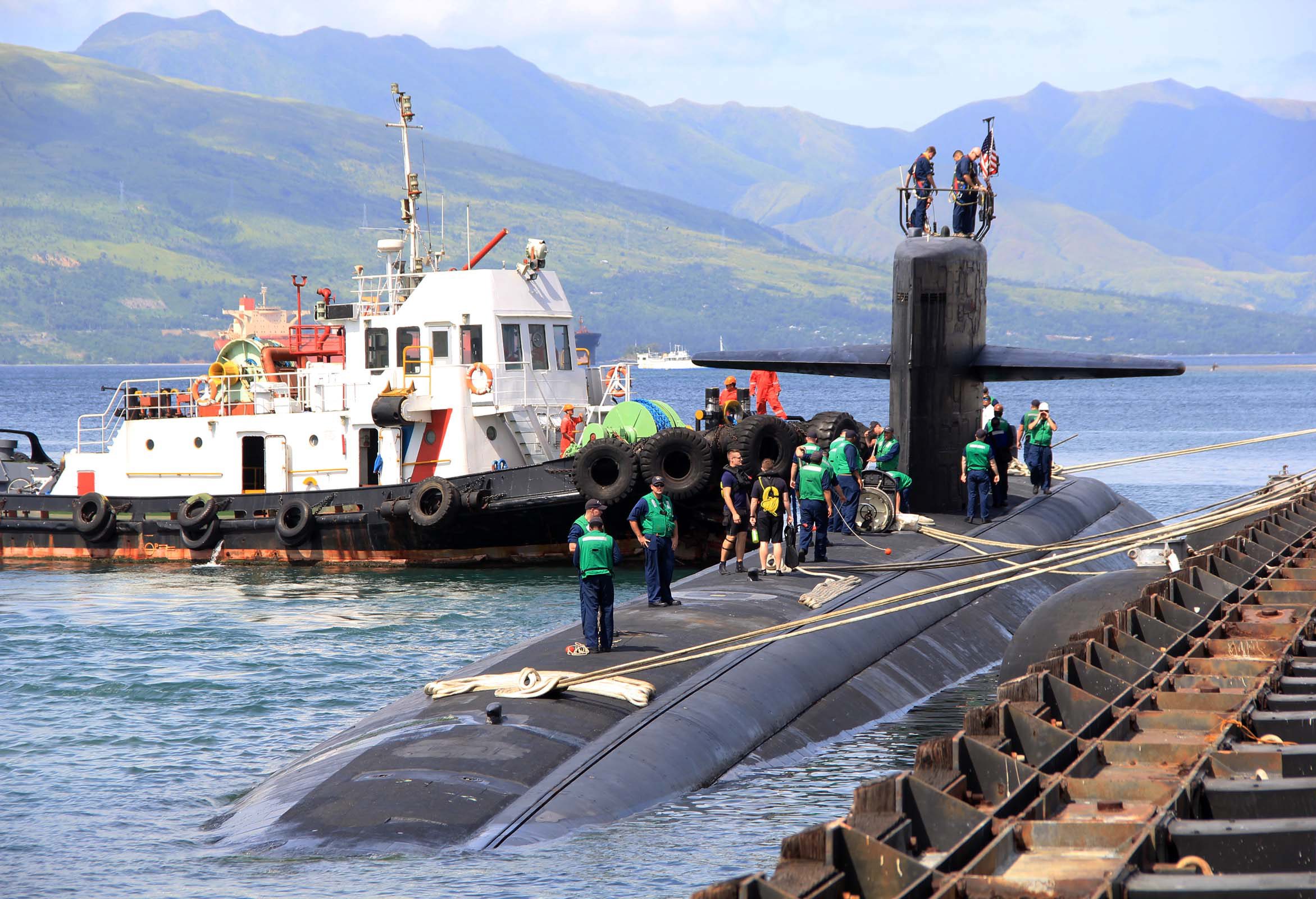 Members of the US Navy stand atop the submarine USS Key West in a Philippine port in the South China Sea. Photo by Jun Dumaguing/epa/Corbis

The rapid development of the islands threatens to disrupt not only the ecosystem of the South China Sea, but the economies of the countries that rely on it, says Edgardo Gomez, a Filipino biologist.

Even without rising political tensions, conducting research in the Spratlys is tough. The islands are at least a day’s journey from the nearest port, and mounting an expedition such as the one planned by the Philippine scientists is logistically difficult and expensive: such trips often last weeks, and typically cost thousands of dollars a day to supply and crew, funding that many developing Southeast Asian nations lack.

Yet in the past, governments have made it work: in the 1990s and early 2000s, the Philippines and Vietnam mounted a series of joint expeditions to study the region’s marine life and ocean conditions. China, too, has done its own surveys. Coral biologist Zhao Meixia of the South China Sea Institute of Oceanology sampled corals from Mischief Reef in 2004 and 2007 to predict how they might respond to future climate change. (Today, those corals are almost certainly buried beneath sand and cement.)

But now, even among those who can afford it, access to the Spratlys is limited. For the most part, only researchers from countries who’ve struck a claim to the islands are allowed in. But even then, governments are often reticent to send scientific vessels into such disputed waters—such as in the case of the Philippines’ canceled cruise. Gaining access to the most contested areas—the central and northern portion of the Spratlys, where the current flurry of Chinese reclamation and patrols is focused—is particularly challenging.

Amid the military base building and warship excursions, important changes are taking place in a vital ecosystem—changes that Chinese researcher Zhao says need to be better understood. “As a scientist, I hope government and scientific organizations could pay more attention to the scientific questions on the coral reefs,” she says.

This year’s planned expedition to the Spratlys was not entirely wasted—the team salvaged the cruise into a trip to Palawan Island, a Philippine island less than 100 kilometers east of the Spratlys. But Gomez says he and his colleagues will not stop trying to understand the ecology of the Spratlys before it is too late. “If you bury a reef, there’s no way it’s going to recover. Corals don’t grow on airstrips,” he says, wryly. “We will try to conduct research where we have a right to do so.”

Scientists have tried to cobble together their respective bits of knowledge about the South China Sea’s marine life, including the Spratly Islands. But the Spratlys are so ecologically vital to South China Sea economies, that it’s key to understand their ecosystems as a whole.