You’ve probably heard of edibles—tasty treats fortified with marijuana oil for medicinal or recreational use in humans. But what if there was an edible designed for animals?

According to a paper published last month, scientists in Lebanon fed Nile tilapia fish pellets laced with cannabis oil to test whether the drugs could make the fish chill the heck out and maybe even grow faster.

But what does a tilapia have to be stressed about? It’s not like it has a mortgage, deadlines, or a Twitter feed full of Trump news. But life can be tough for a fish in a barrel. Tilapia is farmed intensively, and in a bid to maximize the amount of product fish farmers can bring to market, some fish pens have become incredibly congested.

Living in such close quarters can lead to all kinds of nastiness for the fish, including reduced water quality, more incidences of disease, and “increasing intraspecific interactions”—translation: fish bullying.

All of which is why it would be nice if there were something we could feed the tilapia to take the edge off. Unfortunately, the pot pellets didn’t quite have the mood-altering effect the scientists had hoped for. 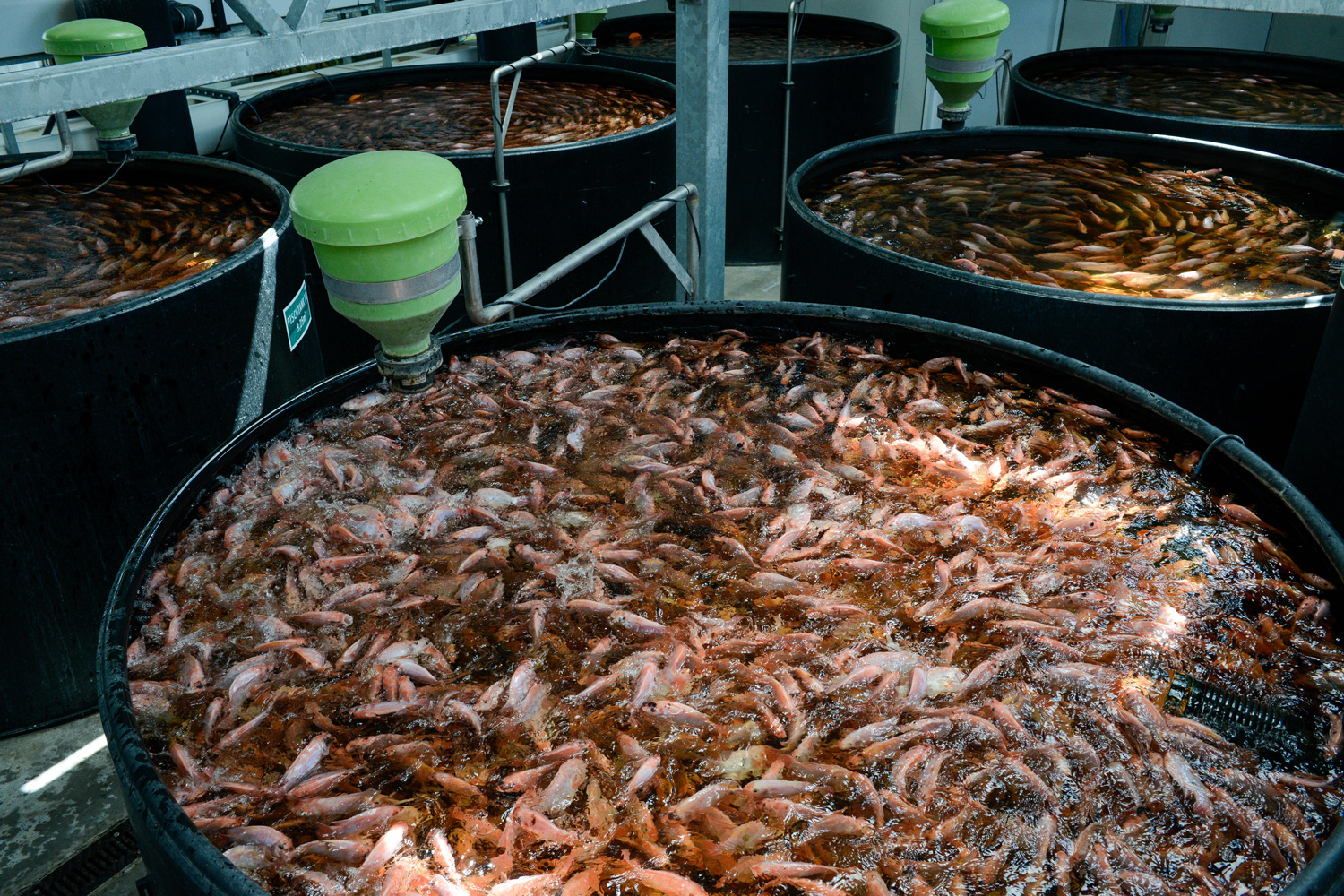 Researchers, concerned that fish living in cramped farms may be stressed out, were looking for something to help the fish chillax. But pot, it seems, is not the answer. Photo by Joerg Boethling/Alamy Stock Photo

For starters, fish fed THC-laden edibles didn’t seem to be surviving any better than fish fed a control diet, which the researchers took to mean that the drugs were not helping the fish deal with the stress of pen life. It’s possible, however, that the fish simply built up a tolerance after receiving the same amount of THC every day for two straight weeks. (Researchers saw a similar habituation in Siamese fighting fish back in 1971.)

As for growth, the researchers found that feeding fish pot oil does give their metabolism a boost. Recreational marijuana users will recognize this phenomenon as “the munchies.”

“[B]ut they were not given extra food to make up for this metabolic increase,” says Patrick Saoud, an aquatic scientist at the American University of Beirut and lead author of the study. “So they used what food they got for energy rather than building blocks for growth.”

Of course, farmers could give the fish pot and then feed them more food, but doing so would cut into profit margins, so Saoud says it’s unlikely that any fish farmers will be investing in the drug anytime soon.

Saoud didn’t have to visit any street corners to source his product. Instead, he spoke with Lebanon’s attorney general, who said no one had ever asked for such a thing before, but there was no law against it. In the end, the police were able to hook up Saoud with cannabis from their evidence locker.

As for the prospects of commercially available pot-reared fish, Saoud and his coauthors’ conclusion is a real downer: “Until further research yields different results, we do not believe fish should be given reefer.”