The activity of sea otters within eelgrass meadows, such as the one shown here, can affect the overall genetics of the habitat. Photo courtesy of the Hakai Institute

As a University of Victoria graduate student studying sea otters, Erin Foster spent many afternoons swimming through curtains of eelgrass—a long ribbonlike plant that grows in underwater meadows. Herring spawn among the swaying grass, and smaller fish dart through the vegetation seeking shelter from hungry predators. Amid all this activity, sea otters scour the ocean floor for tasty clams and crabs. Eelgrass is what holds this ecosystem together, says Foster, who is now doing a postdoctorate with Fisheries and Oceans Canada.

Scientists have long understood that sea otters help maintain the health of kelp forests by curbing populations of voracious sea urchins. But a new study coauthored by Foster, who was supported by the Hakai Institute* throughout the research, shows that sea otters play an equally important role in eelgrass meadows—by shaping the genetics of the eelgrass itself.

While out in the field, Foster and her coauthor, Jane Watson, a biologist at Vancouver Island University in British Columbia, would frequently notice hundreds of little pits dotting the seafloor, creating bald spots in the otherwise dense eelgrass meadow. These gaps in the vegetation were the work of sea otters. While hunting for food, the sea otters were inadvertently digging up the eelgrass.

Watson had a hunch that by digging these pits, sea otters were shaping the meadow in an important way. Undisturbed, eelgrass primarily reproduces by cloning itself via rootlike rhizomes that sprout into new, genetically identical plants. While between roughly five and 10 percent of eelgrass shoots do flower and reproduce sexually, the resulting seedlings are often unable to compete with clones. It’s not uncommon to see a meadow made up entirely or almost entirely of genetically identical eelgrass, Foster says. Disturbance—such as a particularly forceful tide or a hungry sea otter tearing at eelgrass rhizomes—forces eelgrass to flower at a much higher rate. New seedlings settle in the newly established gaps in the vegetation, and the meadow becomes more genetically diverse. Foster, Watson, and their colleagues wanted to know whether the sea otters were causing the eelgrass to shuffle its genes. 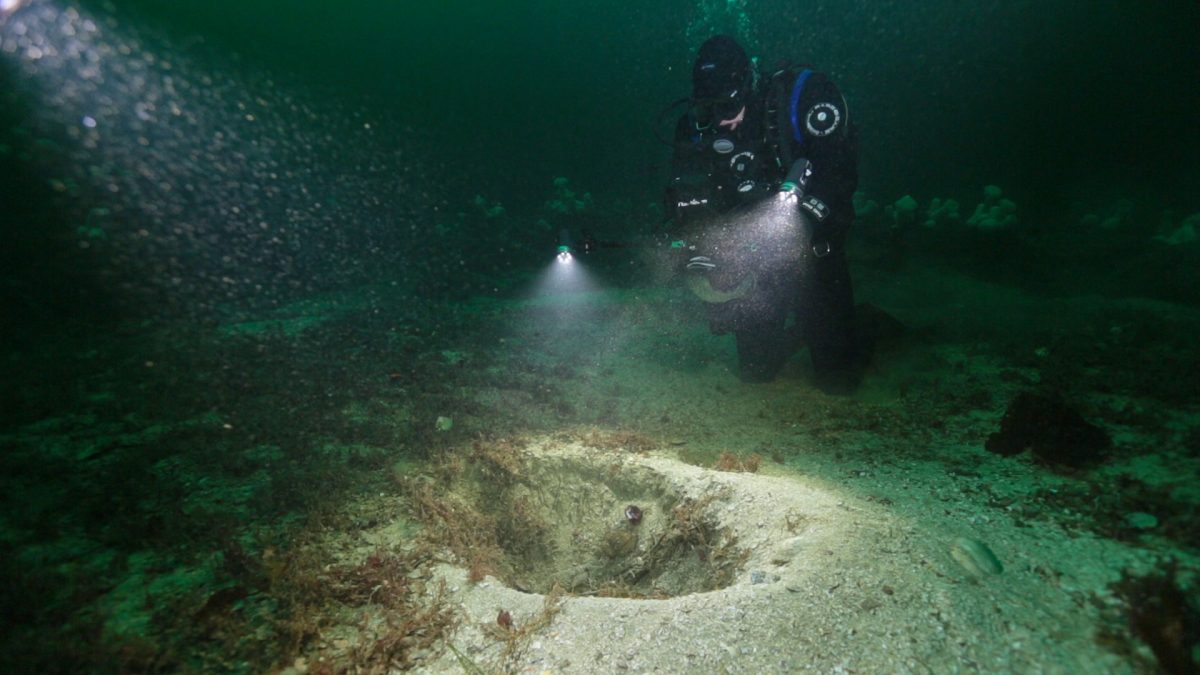 A century ago, the maritime fur trade largely wiped out sea otter populations along the west coast of North America. Reintroduction from the remaining pocket populations and rehabilitation efforts, as well as bans on hunting mean that sea otters have been able to rebound in some areas. The variability in sea otters’ growing populations gave the scientists a way to test their hypothesis. They collected eelgrass shoots from 15 different sites, six of which had been home to sea otters for at least 20 to 30 years, and three for less than 10 years. They also looked at six sites that had no sea otters and served as a control. The team highlighted 13 sections of eelgrass DNA, and analyzed how many varieties of each section they saw at each site.

The contrast was stark: eelgrass’s genetic diversity at sites with long-established otter populations was up to 30 percent higher than at the sites without sea otters and those where the sea otters’ populations had only recently begun to rebuild.

Brent Hughes, a biologist at Sonoma State University in California who was not involved in this study, has spent much of his career studying how sea otters physically restructure their ecosystems. For him, the central question of the paper was revolutionary. “This is a whole new lens,” Hughes says. “Sea otters are restructuring the genetics of the whole system.”

This finding has important implications for the future of eelgrass in a rapidly changing world in which it’s threatened by warming waters, pollution, and disease throughout its range. “If the one clone that spreads is weakened by disease or a grazer or pollution then the whole area is vulnerable,” says Mary O’Connor, an ecologist researching eelgrass at the University of British Columbia who was also not involved in the study. Genetic diversity ups the odds that at least one patch of grass will survive these stressors. 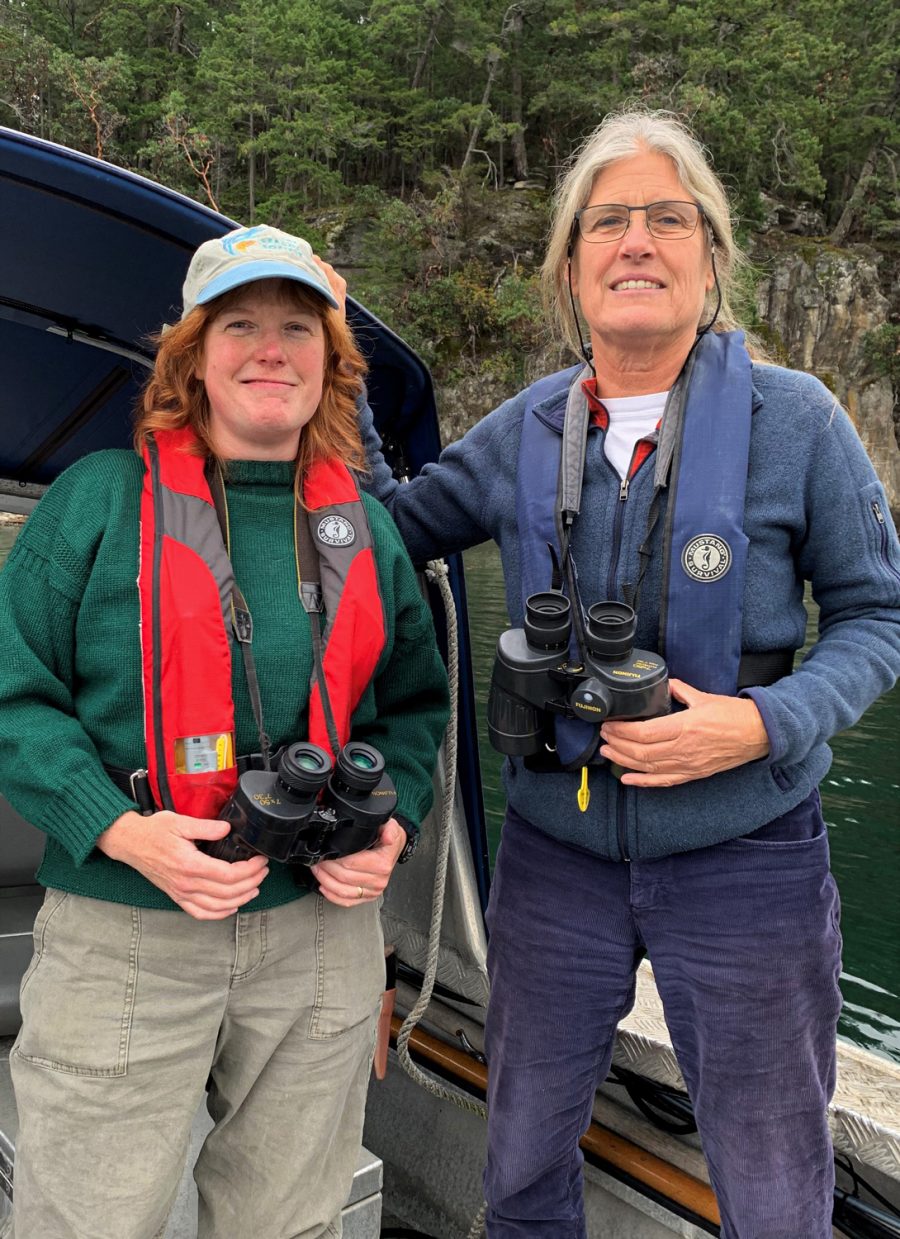 Foster has reason to believe that a more diverse gene pool helped eelgrass survive past climatic change. The plant has evolved alongside sea otters for as long as 700,000 years—enough time to have lived through multiple ice ages. Other megafaunal species, such as bottom-feeding grey whales, likely also encouraged the genetic diversity of these ecosystems in the past. To Foster, this suggests that eelgrass had enough diversity “that it was able to adapt to rapidly changing conditions.”

The return of sea otters—and the protection they offer to eelgrass ecosystems—is in humanity’s best interest, O’Connor says. Not only is eelgrass vulnerable to changes in its climate but it also plays a role in mitigating the effects of climate change. Healthy eelgrass meadows draw carbon out of the ocean and the atmosphere. Like coral reefs and mangroves, they protect coastlines against rising sea levels and storm surges. And then, of course, there’s the sheer beauty of an eelgrass meadow.

“At first, it just looks like a bunch of grass,” O’Connor says. “If you actually just hold still and stand there for a few minutes, you realize that the eelgrass is teeming with animal life.”