Darwin was wrong! Not about the whole evolution thing, but about whether amphibians can handle salt.

In an 1876 letter to Alfred Russel Wallace, Darwin mentioned a frog that “haunts the seaside” in India, the only amphibian he knew of that had any tolerance for saltwater. He was probably referring to the crab-eating frog, Fejervarya canrivora. This species lives in brackish mangrove swamps along the coasts of South and Southeast Asia, and has been documented laying its eggs in tidal pools. To keep salt from diffusing into its body through its porous skin—a potentially deadly scenario—the crab-eating frog balances the concentration of urea inside its body with the concentration of salt outside.

Look up the crab-eating frog on Wikipedia, and you’ll read that it is “the only known modern amphibian which can tolerate brief excursions into sea water,” just as Darwin believed. But you know better than to trust Wikipedia, right? 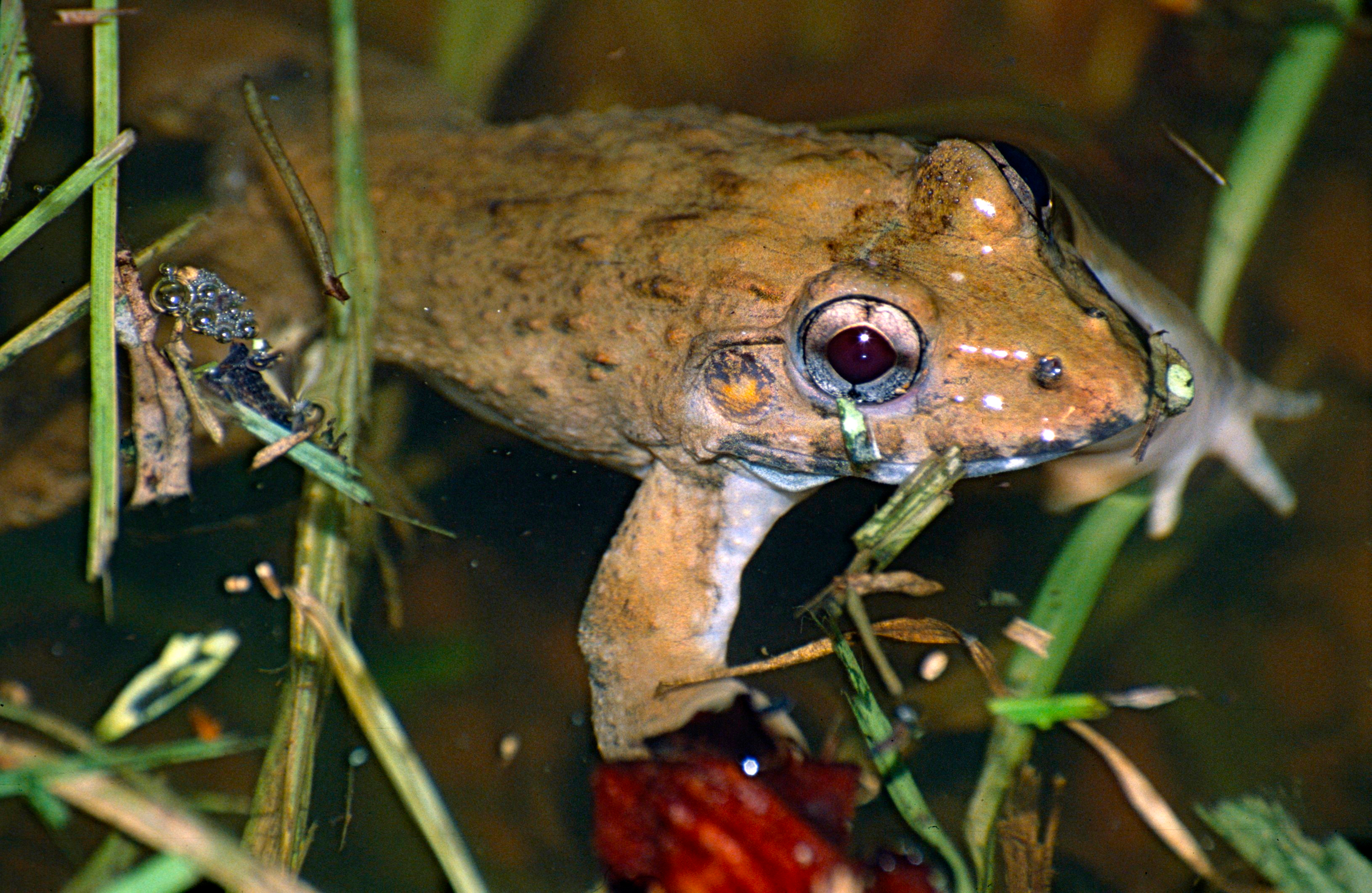 The crab-eating frog is the poster child of saltwater-tolerant amphibians. Photo by Bernard Dupont/Wikimedia Commons

Gareth Hopkins became interested in saltwater tolerance in amphibians while studying the effects of road de-icing salts on amphibian embryos at Utah State University. “This made me start thinking about the evolutionary potential for populations to adapt to saline habitats through natural selection,” he explained by email.

When Hopkins went looking for records of salt tolerance in amphibians, a funny pattern emerged. He found plenty of anecdotal mentions of amphibians observed in salty, coastal habitats, but each concluded with a statement along the lines of “salt tolerance in amphibians is extremely rare and only known in a few species other than this one, most notably the crab-eating frog.” Realizing that the phenomenon must not be as rare as everyone assumed, Hopkins decided to compile them all.

His search led him from natural history accounts of 1800s British India to myriad brief mentions of amphibians in salty environments in papers focused on other topics. The result of his quest, is a review paper Hopkins released documenting a total of 144 amphibian species with some ability to survive in salt. They live on every continent except Antarctica and include frogs, toads, salamanders, and even a caecilian (a worm-like amphibian mostly found in the tropics).

This is still only about two percent of the world’s amphibian species, but it shows that amphibians may be more adaptable than scientists thought to the kinds of changes in habitat that could be brought about by climate change. But it’s not clear how many coastal species are at risk from rising seas, and rapid sea level rise could tax the abilities of even the most salt-tolerant species living near the coast. Will they be able to evolve saltwater tolerance fast enough to survive their changing habitats?

“It’s clear that there are some small adjustments they can make, but to what extent that actually buffers them against human-induced climate change is questionable,” says amphibian physiologist Eric Riddell, a PhD candidate at South Carolina’s Clemson University. “These are really sensitive animals—their skin is about two cells thick in some species. That’s why they’re the most threatened vertebrates on the planet right now.”

Many questions remain unanswered, but if frogs’ salt tolerance varies between individuals in a species, and if that variability is heritable, then coastal frogs might be saved by the thing Darwin was right about: natural selection.