This juvenile bottlenose dolphin was under a year old when it was shot. Photo by Chuck Babbitt

A dolphin calf was shot through the head and lived to tell the tale.

Discovered by photographer Chuck Babbitt off the coast of Oʻahu, Hawai‘i, in July 2018, the calf is the first documented case of a toothed whale surviving after being shot through the melon—the fatty organ dolphins and other toothed whales use to focus high-pitched sound waves for echolocation. Since the calf is still dependent on its mother, it’s unclear whether the injury compromised proper functioning of its melon.

The calf’s injury may have gone unnoticed had it not been for Babbitt, who spotted the characteristic signs of a gunshot wound while processing photos he’d taken of wild dolphins. In close-ups of the calf’s head, he spotted a small, round hole with inward-folding edges indicating where the bullet entered and a larger, irregular wound with extruding edges where it exited.

Babbitt has long contributed his photos to a citizen science program run by the Cascadia Research Collective, and he alerted the organization. A biologist there, Robin W. Baird, says that short of actually seeing the animal get shot or finding it dead with the bullet still inside, the photos “were as convincing as it could get.”

Scouring through photos of the calf, Baird and his colleagues determined that it was likely seven and a half months to a year old when Babbitt documented the wound. Based on previous records, they knew the calf didn’t have the wound just over a month and a half prior to Babbitt’s encounter. 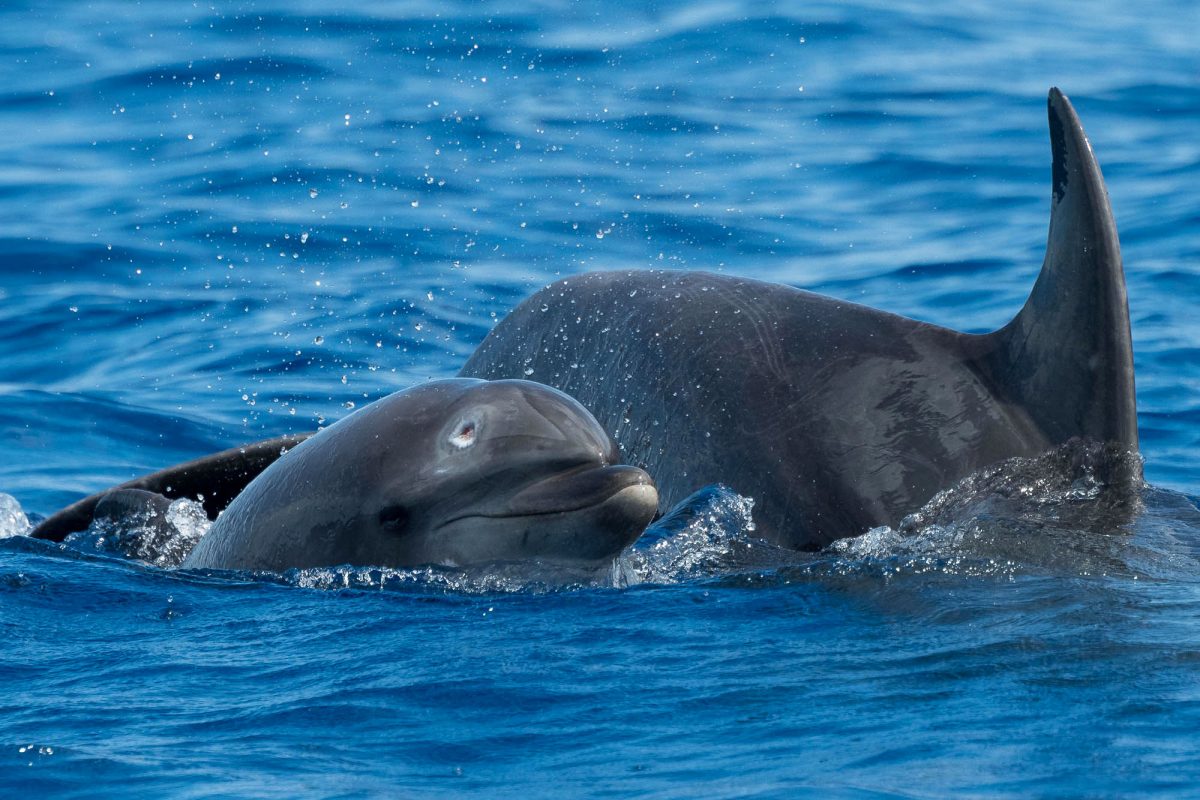 Frances Gulland, a commissioner at the US Marine Mammal Commission was also asked to weigh in on the photos and had a few hypotheses as to why the dolphin may have been shot. She says that some fishers see animals, including dolphins and sea lions, as competition. She adds that animals can sometimes be shot by “young kids on a dock taking target practice or people out on a party boat having fun.”

According to the US National Oceanic and Atmospheric Administration, since 2002 at least 26 dolphins in the United States have been found with signs of being impaled or shot by guns or arrows. But it’s unclear how often people actually shoot dolphins, as a corpse usually sinks or becomes a predator’s feast. Only rarely will a dolphin’s body wash up on a beach where it could be recovered and examined.

Even rarer are animals that get shot and survive. There are only a handful of other known cases of toothed whales surviving a gunshot wound, including a white-beaked dolphin spotted by an ecotourism operator off northern Newfoundland in 2004 that had a collapsed dorsal fin and an apparent gunshot wound in its back. Jeff W. Higdon, an independent biologist from Winnipeg, Manitoba, suspects that dolphin likely escaped a legal subsistence hunt.

And J17, a southern resident killer whale matriarch from the northeast Pacific, lived with a healed bullet wound after being shot, likely by a fisher, when she was young. J17 was 42 when she went missing and was presumed dead earlier this year.

Back in Oʻahu, the bottlenose dolphin calf was last seen on June 2, 2019, meaning it at least survived until it was almost two years old. But the calf was last seen with its mother, and Baird suspects it was still nursing. Whether the calf will continue to survive once it’s on its own remains unknown.