Marine biologist David Harasti and his colleagues set up a camera on a hill three kilometers from the Port Stephens—Great Lakes Marine Park in Australia to monitor illegal fishing. Photo by David Wall/Alamy Stock Photo

From April 2017 to March 2018, scientists kept a video camera trained on Seal Rocks in the Port Stephens—Great Lakes Marine Park, off the New South Wales coast in Australia. The site is a strict no-take zone, yet the captured footage showed boats fishing and lingering in the area. David Harasti, a marine biologist at the Port Stephens Fisheries Institute, says that as he watched the data come in his jaw dropped.

The presence of illegal fishers wasn’t unexpected, but their numbers were. “The average of nine boats per month? We were very surprised,” Harasti says.

Some boats would loiter in the area for up to six hours—a clear sign that they weren’t too worried about being caught, he adds.

But they should’ve been. Harasti and his colleagues made the camera’s footage available to fisheries compliance officers, who could check it on their phones or tablets. “The use of the camera has helped with several interceptions of illegal fishing vessels,” Harasti says. The team also analyzed the data, calculating when illegal fishing is most likely to occur. This information helped law enforcement set up targeted operations.

Harasti says he first noticed something suspicious was going on while diving in the marine park in 2011. Fishing at Seal Rocks is illegal, but as he swam over the seabed he noticed piles of fishing gear, much of which seemed to have been discarded recently. So Harasti and his team came up with their plan, placing a remote camera on a hillside three kilometers away.

Recreational fishing is a popular pastime along the New South Wales coast. Pass a boat ramp on a weekend afternoon, and you’ll easily find 100 trailers, says Harasti. Locals head out in the hope of landing a few large snapper for dinner. 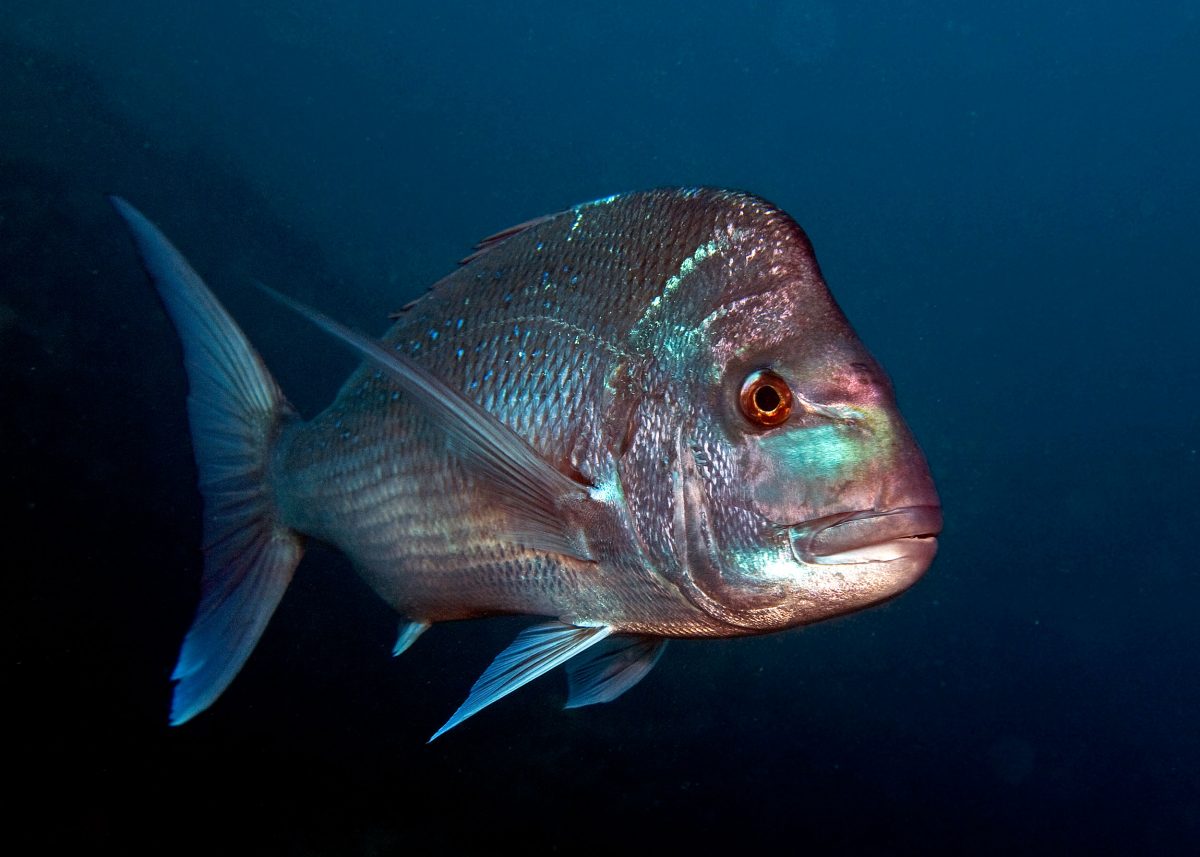 The no-take zone is in place, partly, to protect accidental hooking of local threatened species, including black cod and grey nurse sharks. But the protections also benefit the snapper. No-take zones are refuges that provide safe places for breeding, Harasti says. “The bigger fish are there, [they’re] more likely to spawn, and then that will contribute to all the surrounding areas.”

The irony is that recreational fishers, willing to travel an hour down the coast to the no-take zone and break the rules in search of bigger and more abundant fish, were harming everyone’s chances of landing larger fish outside of the protected area.

Using underwater cameras, the scientists also tried to determine how this illegal fishing was affecting the local snapper population. When compared to historical data, these periodic surveys showed that the number of snapper had declined by 55 percent between 2011 and 2017. And the fish were getting smaller. In 2013, the most common length for a snapper was between 32 and 34 centimeters. By 2017, it was 24 to 26 centimeters.

Chris Free, a postdoctoral researcher at the University of California, Santa Barbara, says he was impressed that Harasti and his colleagues were able to consistently monitor an area so far offshore using the remote camera.

But while the study has so far led to heightened enforcement, Free thinks there could be another way forward. If the scientists could instead teach recreational fishers that the no-take zone actually increases their chances of finding large fish elsewhere, “then I think we can reduce illegal fishing without enforcement,” says Free.

That may be an uphill battle in a place like New South Wales, where recreational fishing is as popular as it is. Harasti says that when a local newspaper reported on his study he faced significant pushback from the community. He got abusive comments online and fielded several angry phone calls.

But Harasti says he’s not deterred. And to anyone who claims his data is exaggerated, he has a simple retort: “Video cameras don’t lie.”