The Caribbean Sea is littered with shipwrecks. Photo by Julian Calverley/Corbis

After the Spanish Empire first reached the Caribbean, hundreds of their ships wrecked in the unfamiliar waters. Some, like Christopher Columbus’s flagship Santa María, ran aground. Hundreds more were thrashed by hurricanes. Tropical storms took a devastating toll on the Spanish fleet, but now those wrecks—and Spaniards’ penchant for record keeping—are offering scientists an opportunity to fill a critical hole in our understanding of how hurricanes work. In new research, scientists have used these shipwrecks, along with other data, to reconstruct a detailed timeline of hurricane activity stretching back hundreds of years.

Hurricane activity is far from steady. Over hundreds or thousands of years, the world’s tropical regions will see peaks and valleys in hurricane formation rates. Some years will be more active than others. Scientists are sure that this variability exists, but the amount of actual evidence of historical hurricanes is surprisingly weak. The National Oceanic and Atmospheric Administration’s (NOAA) database of hurricane landfalls, for instance, only goes back to 1851—and for the first few decades, even those records are patchy. Some researchers have identified earlier hurricane activity by analyzing the sediment that ancient storms washed to shore, but those findings are very rough, often only accurate to the nearest century or so.

That low-resolution timeline poses a serious problem. Climate change is set to alter where and how often hurricanes form, and how big they can grow. Computational climate models are scientists’ best bet for estimating how these storms will change, but climate models are built on a bedrock of historical data. Computational models are essentially massive equations, representing the physics of how the climate works. But to test them, models’ representations are compared against historical data. If the models’ calculations don’t align with what actually happened, the equations are sent back to the drawing board.

“Generally, we don’t know a lot about hurricanes in the past, which is problematic because if you want to make predictions about what’s going to happen with future climate change, it’s important to have a long time series,” says Valerie Trouet, a dendrochronologist (tree ring expert) at the University of Arizona. 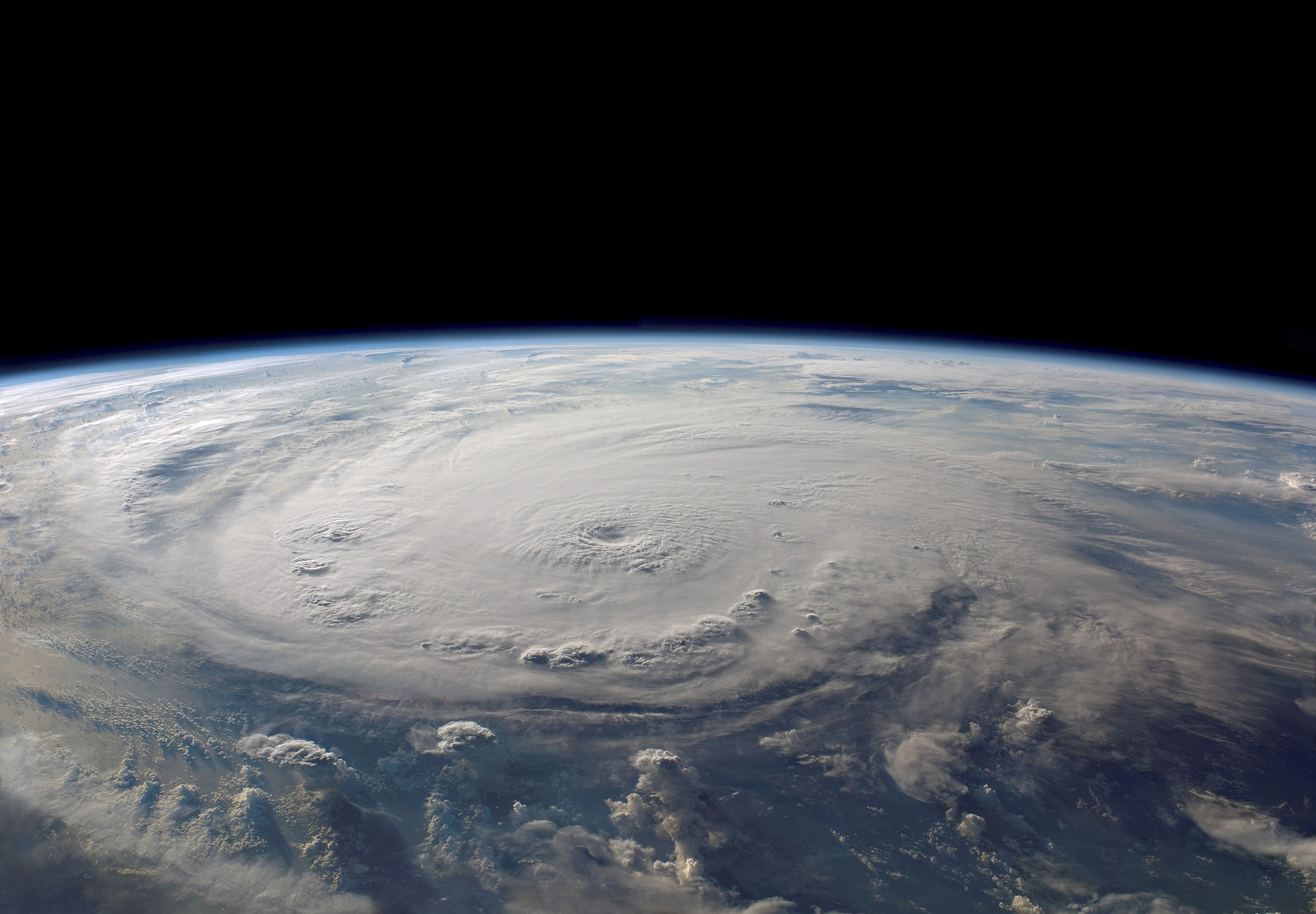 Hurricane formation can be affected by a range of factors, from the temperature of the air and the sea to the wind speed at sea level and aloft, to the activity of the Sun. Photo by NASA JSC/Michael Benson/Kinetikon Pictures/Corbis

One night three years ago, over drinks at a convention in Tucson, Arizona, Trouet recalls devising a way to obtain a better long-term record of hurricane activity. Geographer Grant Harley was convinced that he had identified a pattern in the rings of slash pines in the Florida Keys that showed years when the trees’ growth had been disrupted by terrible storms. He wondered whether that data could provide an unprecedentedly rich timeline of hurricanes going back to the early 1700s.

Harley, Trout, and fellow dendrochronologist Marta Domínguez Delmás became convinced they could demonstrate a link between Harley’s pine trees and historical hurricane activity, if only they had a way to independently corroborate the relationship. That gave Trouet an idea: if they could find a historical record of shipwrecks, they could check whether more ships were lost in the years when the tree rings indicated intense hurricane activity.

Trouet and her collaborators used ships’ logs and other records to assemble a list of 657 Spanish vessels that had sunk in the Caribbean during hurricane season, either due to storms or for unknown reasons, between the years 1495 and 1825. They found that more ships were lost during the years when Harley’s tree rings suggested there had been greater storm activity.

According to Trouet, the timeline of historical hurricane activity constructed by the researchers is the most detailed in existence for the time period—and could be a boon to climate scientists.

Some climate scientists are already paying attention. “If this result holds up with other methods for determining ancient hurricane activity, it would mean an important advance in our understanding of past climate and may help us to better anticipate future changes in hurricane activity,” says Christopher Landsea, the science and operations officer at NOAA’s National Hurricane Center.

Gabriel Vecchi, the head of the Climate Variations and Predictability Group at NOAA, is also enthusiastic. “This is now a new, independent record,” Vecchi says of the shipwreck data. “We can test new hypotheses against it, and see how consistent they are.”

The next step, Trouet says, is to look at the relationship between shipwrecks and storms in a larger geographical area.

“I do believe that it’s possible to use shipwrecks from, say, the British Isles, to look at storm activity there,” she says. “Or even Asia.”