Young chinook salmon, with their highly active lifestyles, seem to be more exposed to contaminants than less active sculpin. Photo by Mark Conlin/SuperStock/Corbis

The presence of drugs in the water is a known problem, but this new research adds an extra layer: the concentrations and diversity of contaminants vary between the two species. Highly mobile salmon, the researchers found, tend to be tainted by a larger number of contaminants, but the staghorn sculpin, which live more sedentary lives in deeper waters, tend to have higher concentrations.

What is worrisome, says James Meador, an environmental toxicologist with the US National Oceanic and Atmospheric Administration (NOAA) and one of the study’s authors, is that the various drugs—including antidepressants, antibiotics, and hormones—“were detected in water and [fish] tissue at concentrations that may potentially cause adverse effects in the fish.”

The NOAA research team looked for 150 “contaminants of emerging concern” (CECs) in water samples from three Puget Sound estuaries. Two sites, Sinclair Inlet and the Puyallup estuary at Commencement Bay, receive effluent from large wastewater treatment plants, while the third, Nisqually estuary, is a cleaner site and was used for comparison. In total, the researchers found 42 of the CECs in fish tissue: 37 in salmon, and 21 in sculpin. 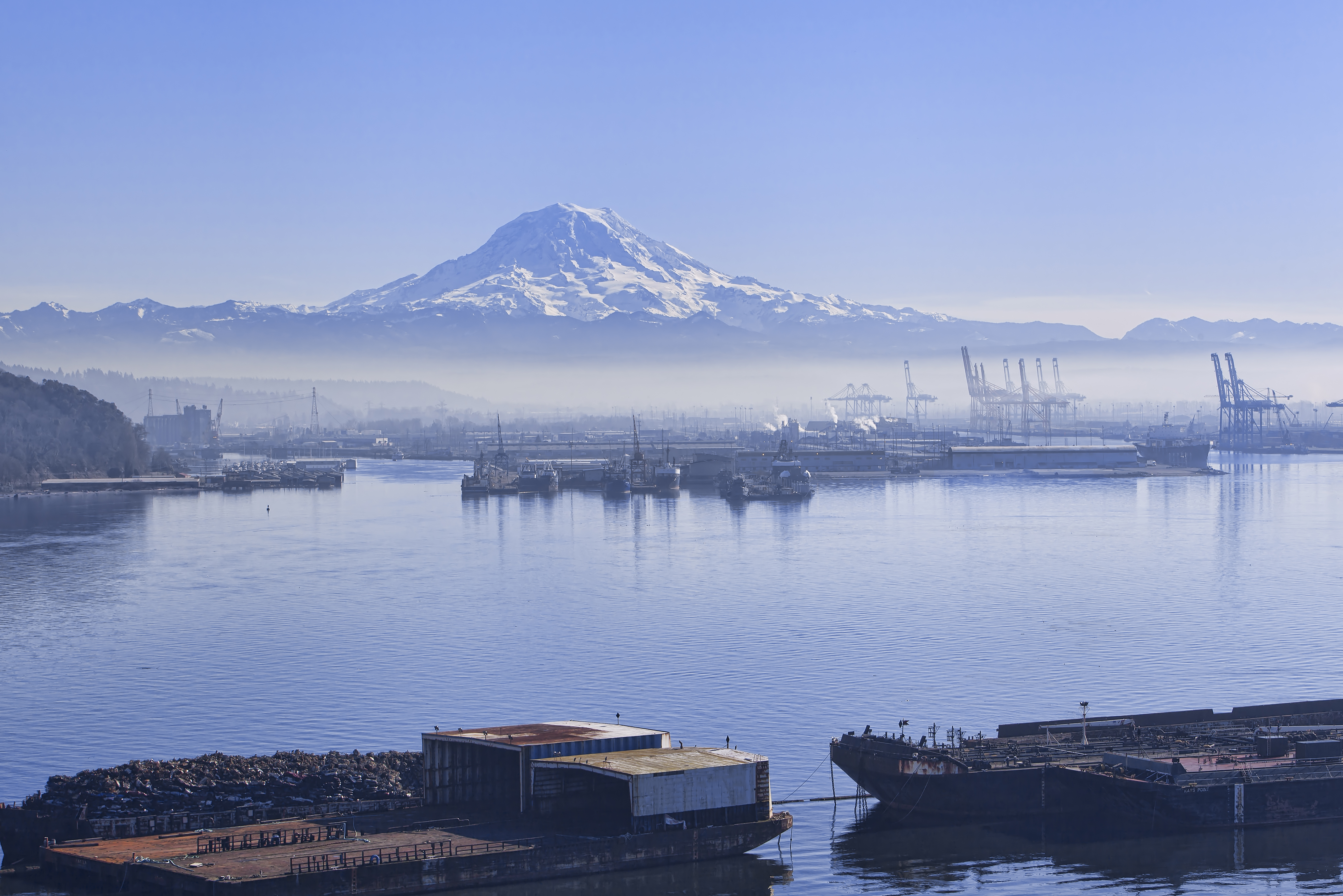 Fish from Commencement Bay in the Puyallup estuary had the highest number of contaminants of all of the waterways tested. Photo by Douglas Orton/Spaces Images/Corbis

Eighteen drugs were common to both fish, but concentrations varied between the species. Salmon had higher levels of Zoloft, Valium, and caffeine, while the sculpin had greater concentrations of amphetamines, certain antibiotics, and DEET, the active ingredient in many insect repellents.

Some drugs were unique to the salmon, such as a variety of anti-cholesterol drugs, heart medications, certain antidepressants, and antibiotics. The highest concentration of any drug found in the water treatment plant effluent was metformin (used for diabetes), which was detected only in the sculpin.

Though this study did not specifically address how the drugs are affecting the fish, previous research has shown that many pharmaceuticals can harm aquatic life. The antidepressant Fluoxetine, for instance, inhibits algae growth, which can cause problems in aquatic ecosystems. A concern with multiple drugs being present is that they may interact and cause added complications.

Meador says the reason chinook salmon are more contaminated than the sculpin is likely because salmon tend to eat more and pass more water over their gills than the other fish species. “At this [young growth] stage in their life they can eat 20 percent of their body weight per day,” he says.

Which drugs were in which fish also depended on where the animals were caught, he says. For example, salmon from the Puyallup estuary had the highest number of CECs (25), while fish from a nearby hatchery had the fewest (seven). Salmon from Sinclair Inlet had 19, while those from the Nisqually estuary had 13.

“We don’t know how much these fish move around,” Meador says. “Some of the differences could be due to the time for exposure, or the concentrations found in the estuary water, which would be variable depending on where the fish is hanging out.”