This harbor seal, spotted in Coos Bay, Oregon, was ensnared by a piece of plastic that cut into its neck—it’s just one of many cases of marine species eating or being entangled in plastic that is documented in a new report. Photo by Kristal Talbot

When biologists in Florida dissected the carcass of a manatee, they found its stomach and intestinal tract clogged with plastic bags. In Oregon, a photographer found a harbor seal at rest on the beach with a plastic strap so deeply girdled around its neck that it was almost concealed by blubber and inflamed skin. And at a South Carolina rescue center, a loggerhead turtle undergoing rehabilitation defecated more than 50 pieces of plastic.

These are just several of the nearly 1,800 events compiled in a new report from the marine conservation group Oceana. The report explores, in graphic detail, how plastic waste is directly harming the ocean’s inhabitants.

Oceana gathered records from 13 agencies and organizations to examine the effects of plastic pollution on marine mammals and sea turtles in the United States. It found that each year from 2009 through early 2020 an average of 170 animals from 40 species—mostly threatened or endangered—ingested or became entangled in littered plastic.

The animals documented in the report, primarily sea turtles and manatees, were killed or injured by discarded recreational fishing line, packing straps, balloons, bottle caps, mesh bags, food wrappers, and a plethora of other items, many of which are commonly categorized as single-use plastics by activists and legislators working to banish them.

Oceana’s report makes it clear that the problems posed by plastic pollution extend far beyond the scope of the examples in this data set.

For instance, Oceana’s report notes just four cases involving baleen whales, but Kim Warner, a senior scientist with Oceana and the lead author of the report, says this is almost certainly an underrepresentation. Whale carcasses, she says, don’t always wash ashore, and necropsying those that do is a challenging task.

Indeed, Oceana’s findings probably represent only a fraction of the damage plastic does to wildlife. The report focuses primarily on larger debris, without addressing the insidious threats of microplastics and plastic nanoparticles—tiny fragments that are infiltrating the food web. It also doesn’t cover the consequences for fish, birds, and invertebrates.

Warner acknowledges the global scope of the plastic problem.

“It affects all kinds of marine life, from the tiniest zooplankton to the largest whales,” she says. “We’ve found microplastics accumulating on the seafloor. It’s accumulating in Arctic sea ice. It’s now in the air we breathe and the water we drink. It’s everywhere.”

Still, Susanne Kühn, a biologist at Wageningen Marine Research in the Netherlands who wasn’t involved in the research, is optimistic. Kühn recently published findings that show at least 900 different marine species are directly affected by plastic waste. But she believes the outcome of the plastic crisis is in our hands, and that if humans stopped discarding plastic into the ocean, we would see improvements within decades.

But an instant stop to the littering of plastic is, at this moment, largely hypothetical. While Oceana has recommended that companies and lawmakers work toward reducing the production of single-use plastic products, the ocean’s plastic problems are certain to get worse before they get better. 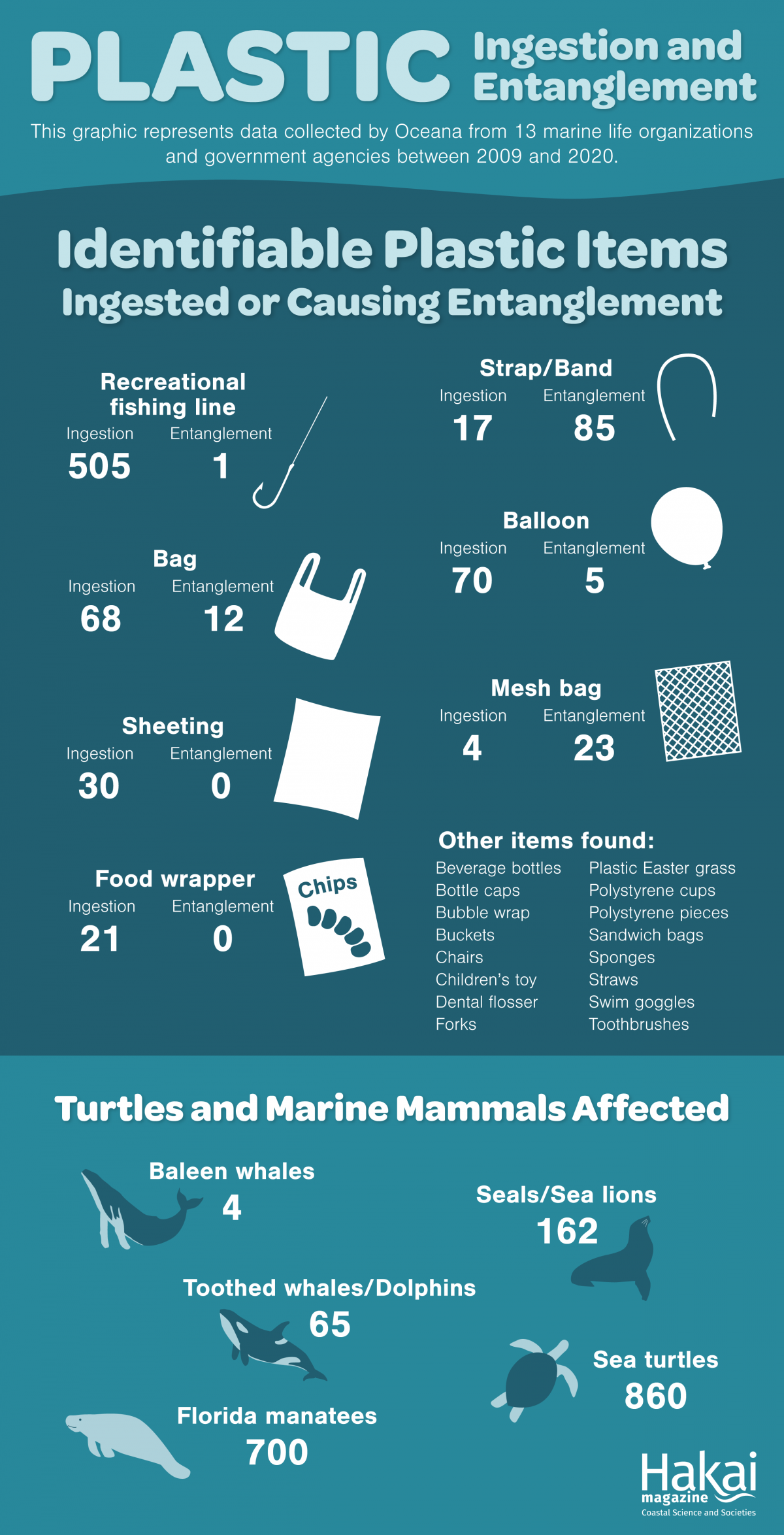