Andean condors spend their nights on the southern Chilean coast, but declines in marine mammal populations mean these scavengers are forced to search far and wide for food. Photo by Jack Dykinga/Minden Pictures

Giant Andean condors are some of nature’s best garbage disposal units. These gigantic birds—as heavy as 15 kilograms with a three-meter wingspan—soar through the Patagonian sky, scanning the ground below them for carrion. They pick the landscape clean, feasting on whatever carcasses they can find. Historically, the scavengers have been known to eat everything from dead llamas and rheas to sea lions and beached whales.

But the global decline in marine mammals over the past century—a result of industrial whaling and other forces—means the birds are now much less likely to find meals near the sea. Most of the condors spend their nights on the western side of the Andes Mountains, along the southern Chilean coast. The depletion of marine mammals here means that the birds are now forced to make 150-kilometer-long flights inland to find food on the eastern side of the mountain range.

“They breed on both sides of the Andes, but interestingly they are now just feeding on the Argentine side, where large amounts of herbivores exist,” says Sergio Lambertucci, a conservation biologist at the National University of Comahue in Argentina, who led a recent study analyzing the condors’ shifting diet.

To see how the decline in marine mammals has affected the condors, Lambertucci and his colleagues tracked down 24 Andean condor specimens in museums around the world. They compared the proportions of key isotopes in the birds’ feathers with those taken from 53 living condors. All the museum specimens were collected in Patagonia between 1841 and 1939, while the modern birds were captured between 2010 and 2013.

“Stable isotopes act as an identifier of the type of food consumed by these scavengers,” says ecologist Joan Navarro, from the Institute of Marine Sciences in Barcelona, Spain, who was also involved in the project. The isotopes give the researchers a way to estimate the contributions of different food sources to the birds’ diet. 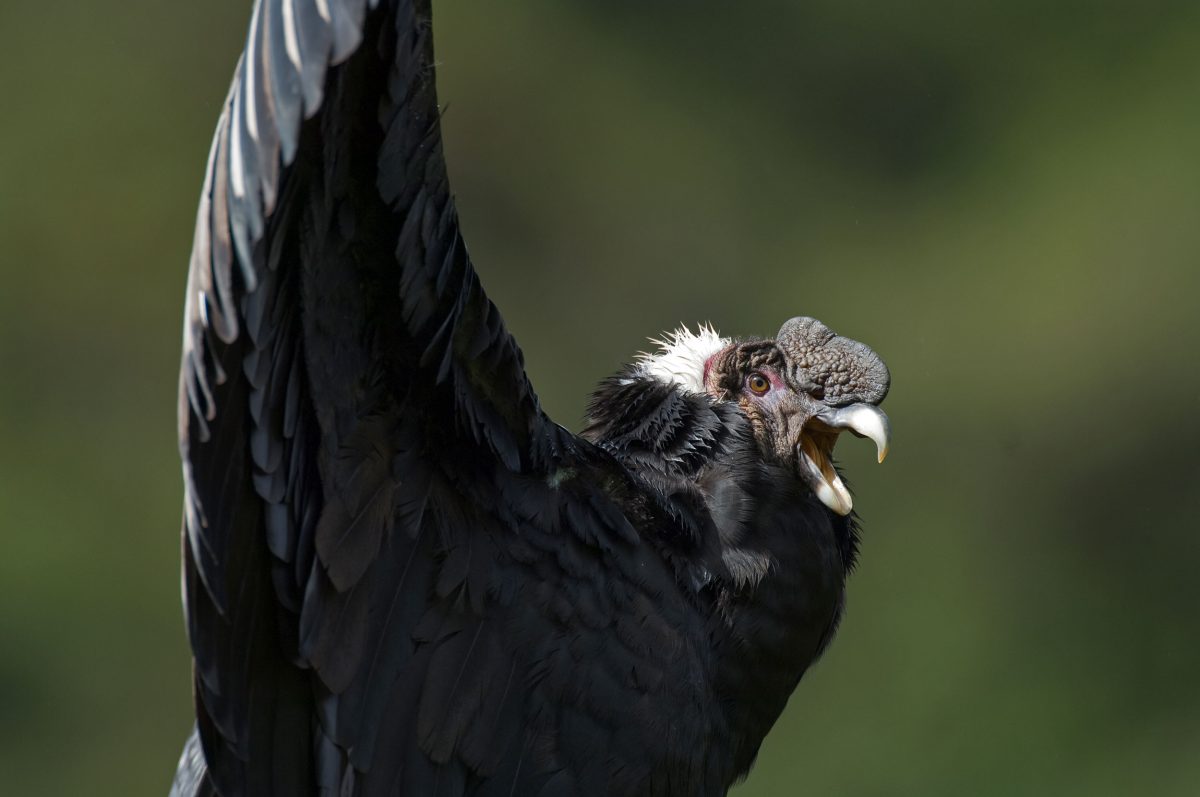 Andean condors are among the largest flying birds in the world. Photo by Murray Cooper/Minden Pictures

The scientists found that in the past, marine mammals made up one-third of the Andean condor’s diet. Today, that proportion has dropped to just eight percent.

Lambertucci says the change in diet can be explained by the massive reductions in marine mammal populations over the past century and by an increasing human use of the coastline, which makes it harder for condors to reach carcasses near the sea. He adds that the birds can’t find food on the western slopes of the Andes either because they are covered in thick rainforest, which the birds can’t see through. In contrast, the eastern slopes lead to open grasslands and desert of the Patagonian Steppe.

The more restricted diet is bad for the condors, which are critically endangered in the northern Andes, because they have to work harder to find food. “A century ago they had a food source a few kilometers from their nests, but now they need to fly dozens of kilometers daily,” Lambertucci says.

Douglas McCauley, an ecologist at the University of California, Santa Barbara, who was not involved in the research, says the study shows how population changes in one species can echo through the entire food web.

“By far the most scary thing about extinction or animal loss are the impacts that these changes can have on the network of interactions that link life together in nature,” McCauley says.

We know there are fewer whales in the Southern Ocean—and that in and of itself is not good, McCauley says. “But we are only beginning to understand and detect the repercussions that come from these losses.”