Most fish don’t bother parenting at all. Altrichthys damselfish seemingly have energy to spare—or to be taken advantage of. Photo by Giacomo Bernardi

Given how much work it takes to raise a child, it’s not surprising some animals have evolved ways of getting out of it. Around one percent of bird species, for instance, lay their eggs in the nests of other species to avoid the arduous task of hatching them.

Known as brood parasitism, this reproductive strategy has turned up in unexpected places—most recently among Indo-Pacific damselfish in the genus Altrichthys. The finding is surprising because the majority of coral reef fish don’t provide any form of parental care, so very few species are even susceptible to brood parasitism.

The discovery, made by Giacomo Bernardi, an ichthyologist at the University of California, Santa Cruz, and his colleagues suggests that Altrichthys damselfish are both the victims and perpetrators of brood parasitism.

There are three species of Altrichthys, all of which provide exemplary care to their offspring. When these reef-dwelling fish are born, mom and dad work together to guard their newborns until they are large enough to evade predators.

Bernardi and his graduate students made the discovery in 2014, when they were in the Calamian Islands in the Philippines studying the Altrichthys’s parenting prowess. As the researchers were observing adult Altrichthys guarding their broods, Bernardi noticed something strange: several broods contained young fish that looked different from the others. 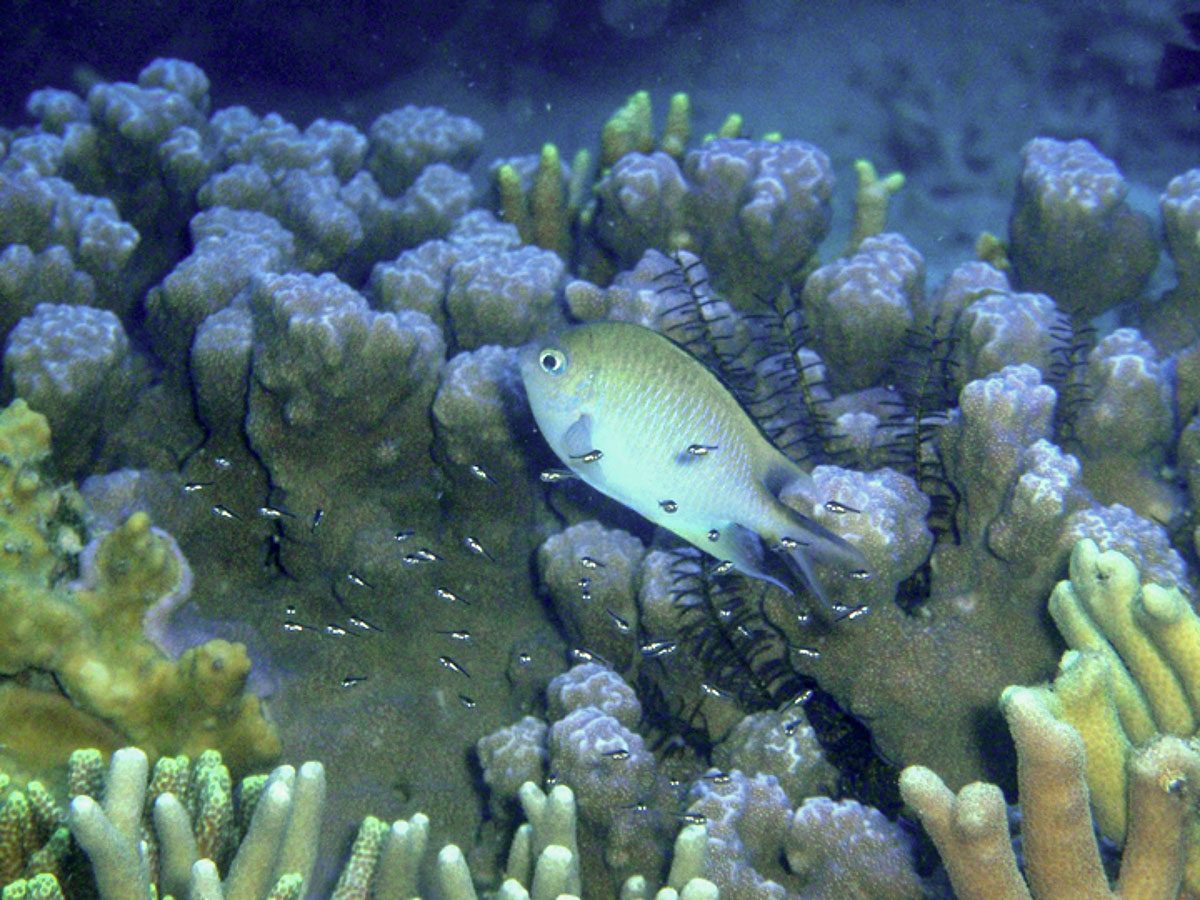 Eager to learn why, Bernardi and his team sampled 40 Altrichthys broods for genetic testing. Tests revealed that the unfamiliar fish belonged to a different genus of damselfish—one that does not provide parental care. In other words, the Altrichthys parents were the victims of interspecific brood parasitism.

“It’s a great example of the fact that nature has a few themes and it reuses them over and over again,” says Andrew Brooks, a marine biologist at the University of California, Santa Barbara, who was not involved with the study. “Whenever a species evolves to expend energy in a certain way, another species will evolve to exploit that.”

The researchers also found that many Altrichthys were caring for young that were of their own species but weren’t their own offspring. This phenomenon, known as conspecific brood parasitism, was present in roughly 75 percent of the broods the researchers tested.

“This was the most surprising thing to me,” says Bernardi. Considering how much time and energy Altrichthys spend rearing their offspring, it seemed unlikely that they would engage in conspecific brood parasitism. However, the researchers found it was much more common for the fish to be raising young from other parents than it was for them to be rearing fish of another species.

Though Bernardi and his team didn’t actually see one Altrichthys parasitizing another’s nest, they did watch as other species of damselfish got “adopted” into an Altrichthys’s brood.

One morning, Bernardi and his team were observing a pair of Altrichthys when a large school of damselfish larvae drifted onto the reef. The school contained tens of thousands of baby damselfish, all in search of a reef to settle on. Over the next few days, the researchers observed predators decimate the defenseless school. The only fish that survived the onslaught, Bernardi says, were ones that managed to sneak their way into an Altrichthys brood.

These findings perfectly illustrate the exploitative nature of evolution, says Brooks. “Think about people cheating on their taxes or coming up with scams—this is really what we’re seeing here.”