When people first took to the water, it’s likely they did so in boats carved from the trunks of large trees. The first “logboats” are thought to predate both pottery and agriculture by thousands of years. Their invention opened up new lands to settlement and made long distance travel easier, but during the Bronze Age, which lasted from roughly 2000 to 500 BCE in Northern Europe, logboats began to change. According to archaeologist Ole Thirup Kastholm, of Denmark’s Roskilde Museum, the changing boat designs were a symptom—and reflection—of the broader cultural transformations that were sweeping across the continent.

During the Bronze Age, early European societies were beginning to exchange goods and ideas across the continent. Fueled by a demand for tin and copper—the base metals needed to smelt bronze—massive trade networks began to grow. “Some trading networks went as far as from the North to the Mediterranean,” says Kastholm. 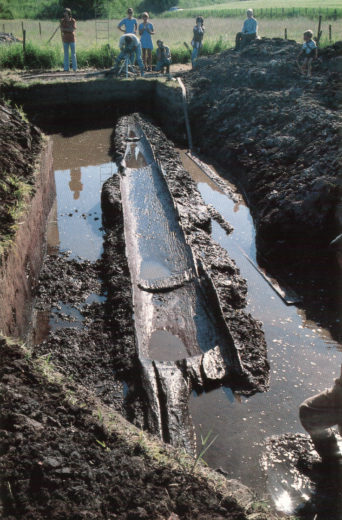 A logboat unearthed in eastern Denmark in 1973, showing the prominent horizontal ridges in the boat’s interior. Photo courtesy of the Museum South East Denmark

Examining 110 logboats recovered from the water-saturated sediments of archaeological sites in Scandinavia, western Europe, Britain, and Ireland, Kastholm says that starting around 2000 BCE logboats from across this vast region began to pick up similarities in design.

Many of the similarities were practical: the logs were carved to have slender, vertical sides and flat bottoms—box-like hulls that made them more stable in water. Many of the boats were more than 10 meters long, and some were as long as 15 meters. One boat from Norway, measuring 11 meters long, is estimated to have been able to carry between 500 and 800 kilograms of people and cargo.

Yet atop these utilitarian aspects, other, more stylistic features began to normalize. Many of the recovered logboats sport ridges that run across the inside of the hull. The ridges don’t seem to have a function, and Kastholm thinks they may have been an imitation of the cross timbers seen in plankboats—a new invention at the time.

“The introduction of the plankboat seems to fit very well with the advent of the European Bronze Age Cultures around 2000 BC,” says Kastholm. Plankboats— being larger and more stable than logboats—were mainly used for ocean voyages. They were constructed from boards lashed together and caulked with moss to make them watertight. Kastholm believes that plankboats would have been used to carry Baltic amber or other high-value trade items such as metals across the seas of northern Europe, while logboats would have been used to transport these goods up rivers to inland villages. 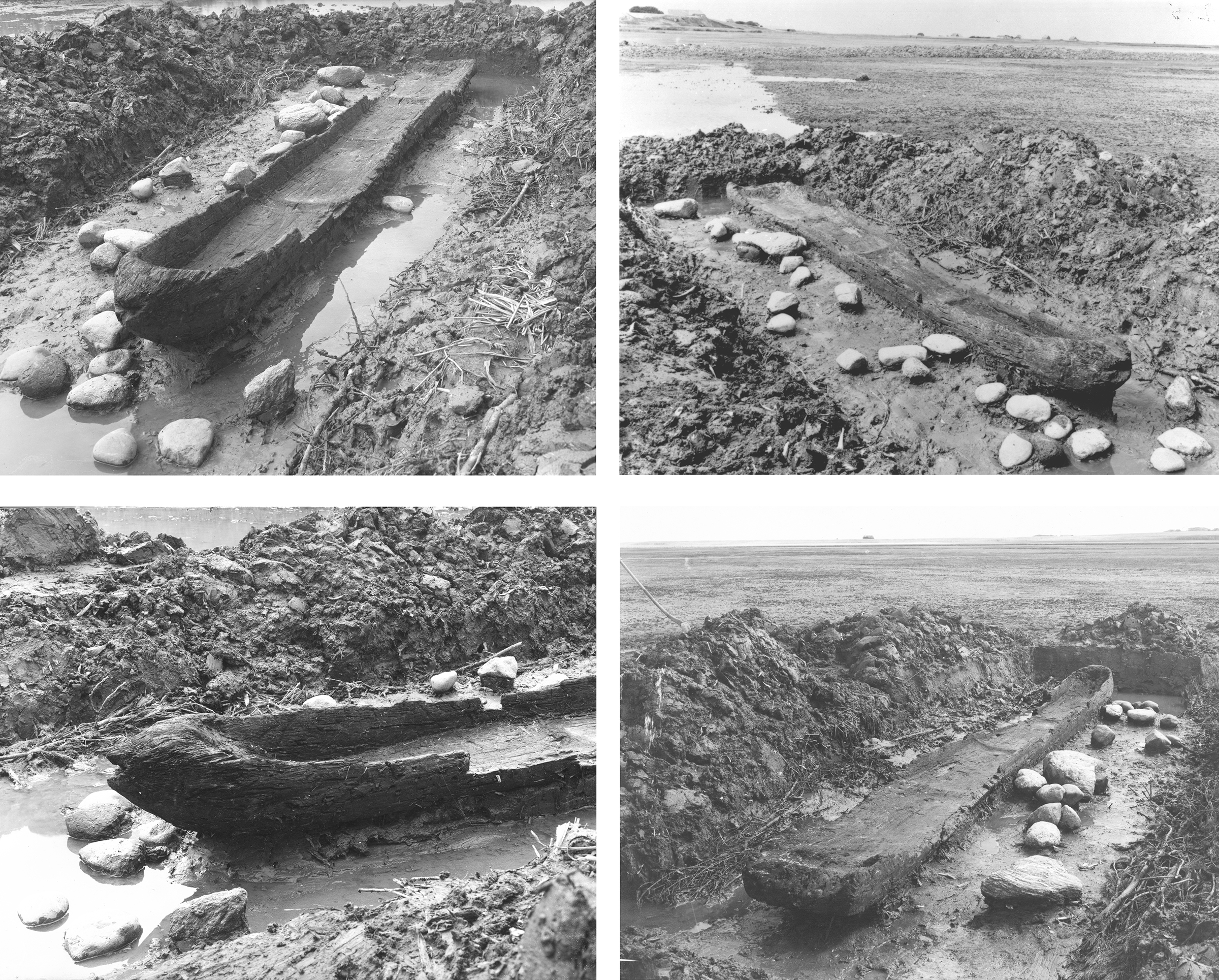 A different logboat, this one dug up in 1952 in western Denmark, also shows the characteristic ridges. Photo courtesy of Lemvig Museum

If nothing else, Kastholm says that the similarities between logboats found throughout western and northern Europe shows that there was a great deal of contact between people separated by vast distances. That’s not saying that they were all part of one big European Bronze Age culture. Rather, Kastholm likens the uniform boat designs to a “common language” shared by those connected by this large trade network. And that language, it seems, lived on.

The plankboats and logboats being built in northern Europe were not the most advanced watercraft of their time. The Greeks, Egyptians, and other cultures around the Mediterranean Sea used sailing ships to conduct trade, and sails wouldn’t be used in Northern Europe until the Iron Age, during the seventh or eighth century CE.

When sails finally did arrive up north, early Scandinavian boat builders opted out of copying Mediterranean designs. Instead, Kastholm suggests that Northern Europeans adapted aspects of their Bronze Age plankboat design into the sailing ships. Kastholm’s analysis shows that Northern European Bronze Age plankboats used the same type of cleats to secure the planks to the boat frame as Iron Age sailing ships. This hypothesis, he notes, counters the prevailing view among scholars that the Iron Age boats stemmed from a completely different boat building tradition.

Yet if Kastholm’s hypothesis holds true, it means that the Northern European boatbuilding tradition that would eventually lead to the noted Viking longships had its roots in the plankboats that, centuries earlier, carried bronze across the continent, and connected Europe’s disparate cultures.