In West Africa, millions of fishers—both industrial and artisanal—are competing for a slice of the catch. Photo by Sabena Jane Blackbird/Alamy Stock Photo

West Africa’s artisanal fishing fleet has grown in size and engine power to the point where it now dwarfs the region’s industrial fleet. Yet despite a massive labor force and steadily growing horsepower, artisanal fishers still catch way less fish.

Over the past 65 years, the total artisanal fishing effort in the coastal waters from Morocco to Namibia has increased 10-fold. Thousands of people in West Africa work as artisanal fishers, providing fish for their local communities. Yet over time, and in contrast to their industrial counterparts, artisanal fishers have become less efficient. That is the finding of a seven-year study by experts with the University of British Columbia’s Sea Around Us project.

The results paint a picture of West Africa’s subsistence fishers as a rapidly expanding group of people who are working in increasingly difficult conditions. 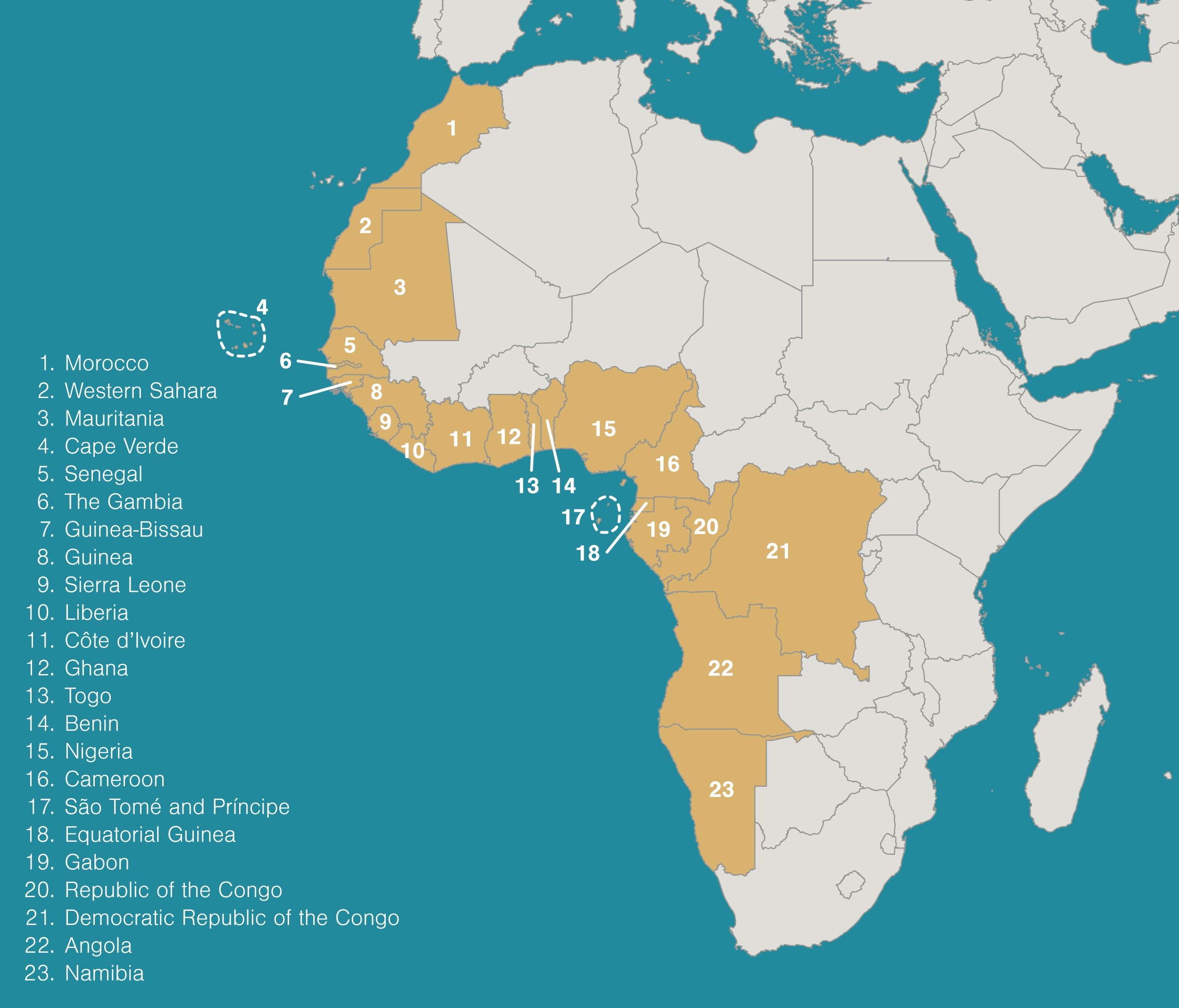 The team developed a new assessment metric—a way of assessing fishing effort—that let them directly compare the successes of the artisanal and industrial fishing fleets. The researchers compiled data on the number of boats operating in the region, their size, the number of days they operate, and the type of gear they used. When a boat wasn’t motorized, manpower was converted into energy. Compiling this with the size of the fishing catch gave the scientists a standard measure: how many fish are caught per unit of energy spent.

By the turn of the century, artisanal fishers’ boats had grown in size and capacity. Local fish stocks were declining because of over-exploitation by foreign industrial fishers, and the displacement of fish caused by warming waters. Artisanal fishers were forced to adapt. 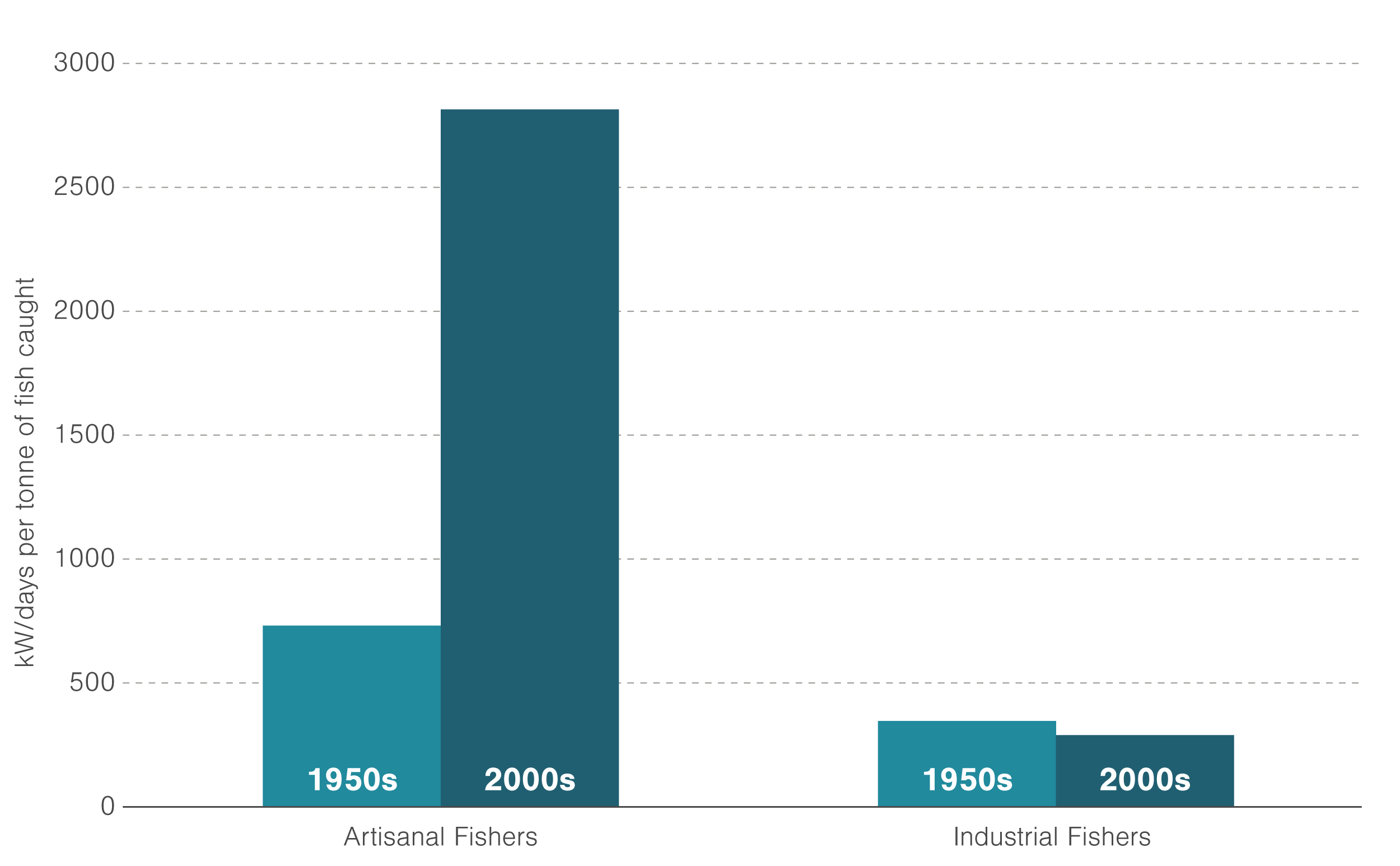 The researchers tracked how much energy is needed to catch a fish—whether that’s the horsepower of a fishing boat motor, or the effort of a person casting a net. They found that while industrial fishing is becoming more efficient, artisanal fishers are having to spend more energy to catch fish than they used to. Illustration by Mark Garrison

As the researchers note, some artisanal fishers’ boats can now be up to 30 meters long. They’ll carry 40 fishermen, and can stay at sea for up to 10 days.

“Fishers have to go further, and hence have boats that can stay at sea for longer. However, they catch less fish,” says Dyhia Belhabib, who led the team at Sea Around Us.

In some parts of West Africa, Belhabib says, the uncontrolled growth of the artisanal fleet is putting unsustainable pressure on fish populations. At the same time, competition with foreign fleets—particularly illegal ones—is increasingly fierce.

There are “too many fishers chasing too few fish,” she says. 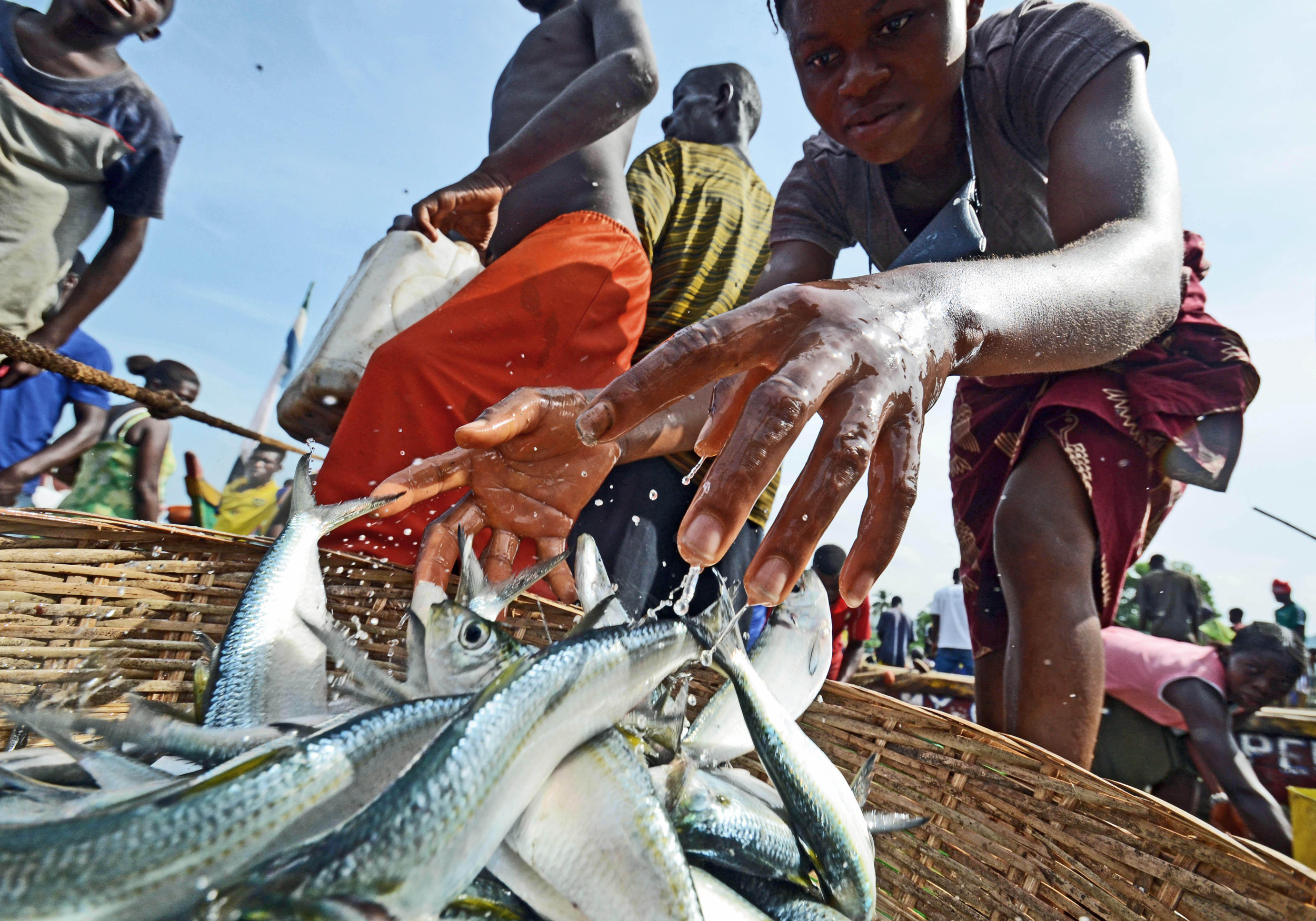 In the 2000s, there were more than five times as many artisanal fishers in West Africa as there were in the 1950s. Photo by Tommy Trenchard/Alamy Stock Photo

The net result is fish populations that are declining dangerously—losses that threaten the livelihoods and food security of small-scale fishing communities. But it’s important to step back and pose the bigger question: why, asks Belhabib, is there such a drastic increase in the number of artisanal fishers but such a dramatic decrease in their fishing efficiency?

Djiga Thiao, a research director with the Oceanographic Research Center Dakar-Thiaroye, in Senegal, says more should be done to reduce the pressure on fish stocks.

The focus should be on fishing efficiency, while promoting equal access to fishing resources and national food security, says Thiao.

Unlike industrial fishers, for all their effort, artisanal fishers’ effects on the ecosystem are relatively benign. Belhabib says future policy should focus on helping artisanal fishers sustainably improve their catches.

“If it takes a reduction in the industrial fishing effort, particularly of foreign ownership, then this should be prioritized,” Belhabib says.

“Walking our talk remains the critical challenge to such studies benefitting the fishers in West Africa,” Akintola adds.