Two days after Hurricane Harvey slammed into Port Aransas, a small town of 4,000 nestled on a thin barrier island off the coast of Corpus Christi, Texas, Jace Tunnell managed to make it back to work at the Animal Rehabilitation Keep (ARK). The ground was littered with shattered and snapped telephone poles, the roads were pitted with sinkholes, and roofs had been sheared off. Inside the center, floodwater had soaked through the animal hospital, killing the power. Outdoor enclosures meant to house and safeguard sick and displaced animals had been chewed by 212-kilometer-per-hour winds.

But Tunnell’s wards—60 green and Kemp’s ridley sea turtles—had survived. Before the storm hit, Tunnell and his colleagues had sequestered them in pools inside the hospital, in a building normally devoted to cleaning oil-slicked animals. Every last one of the turtles, including a pugnacious 90-kilogram loggerhead named Barnacle Bill, had made it through.

The facility’s 40 seabirds had endured as well—though not at ARK. One employee had taken the birds, including nine large pelicans, to his mother’s house, where they’d weathered the storm on the back porch.

It was the ARK’s first direct hit from a hurricane since it was established in the 1980s, says Tunnell, who manages the Mission-Aransas National Estuarine Research Reserve, which holds ARK under its wing. The facility and its sister organization, Corpus Christi’s Texas Sealife Center (TSC), work to protect and rehabilitate the wildlife of Texas’s Gulf Coast. The organizations subsist largely on donations, and a primarily volunteer staff sets broken wings on seabirds, disentangles sea turtles from fishing lines, and provides homes for animals that can no longer make it in the wild. With ARK swamped, and the coastline wrecked by Hurricane Harvey, the TSC is preparing for a wave of patients.

Hurricanes are devastating at sea. Strong winds, pounding rain, and battering waves can cause sea turtles to drown or become beached. Birds get blown off course, injured by aerial debris, and forced to land. 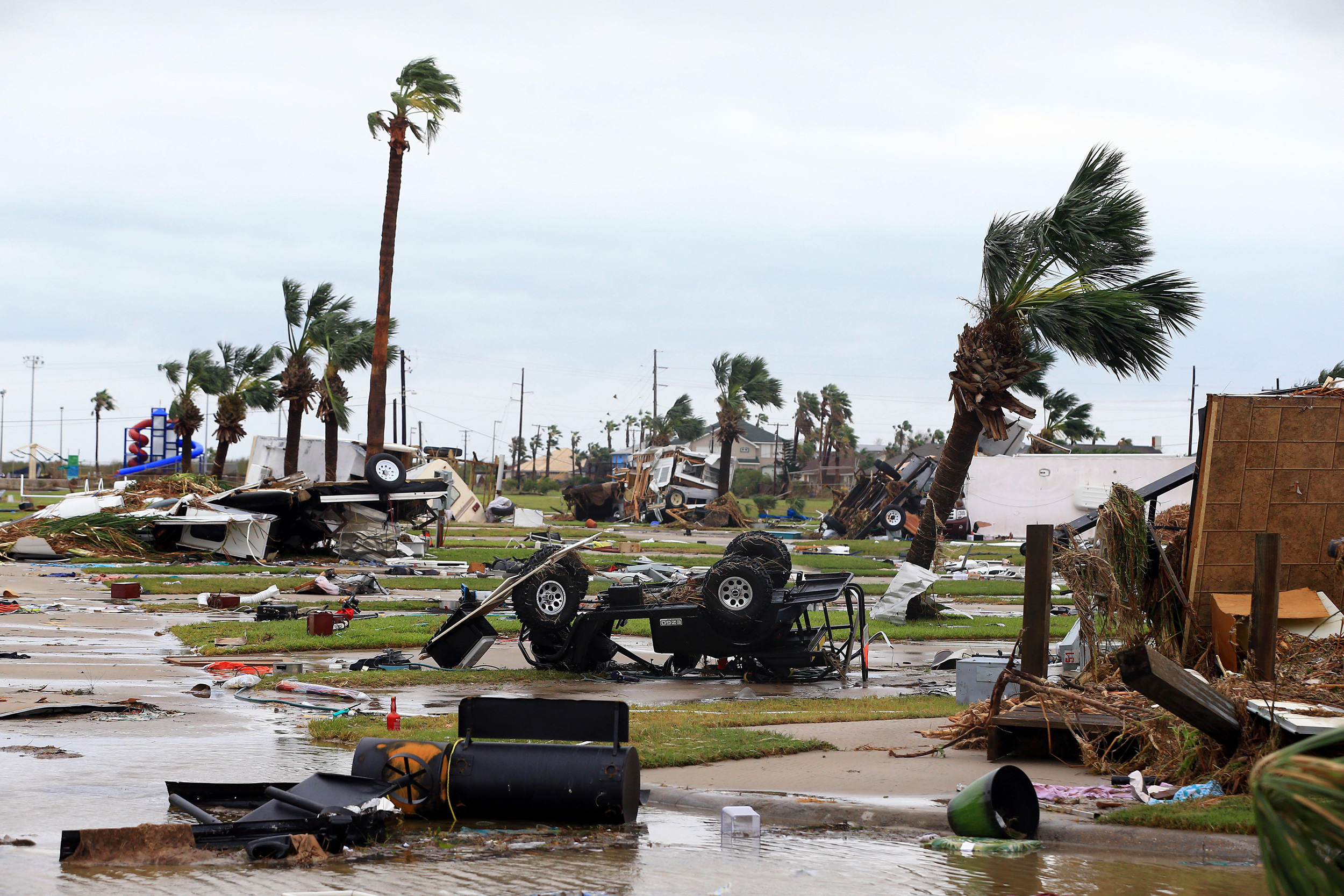 The first of the animals wounded by Harvey have been trickling into the TSC, says Amanda Perry, the facility’s rehabilitation director. Most have been birds: pelicans and herons, several doves, and songbirds.

On Monday, “two green sea turtles came in … that had been beached by the tides, but they didn’t have many injuries,” Perry says. “The birds are coming in exhausted and windblown, since they’ve been fighting the hurricane.”

“A lot of birds come in dehydrated, or skinny,” says Tim Tristan, the veterinarian who founded the TSC in 2012. For the most part, grounded birds “just need a meal [and] some supportive care, and we can get them back out there where they belong.”

The staff at the TSC has been hard at work cleaning out the pools and outdoor enclosures, repairing damage caused by the storm. They expect the pace of animal arrivals to pick up soon, Tristan says. The wreckage along much of the Texas coastline has made it difficult for people to find animals, much less bring them in. But once beaches and coastal neighborhoods become easier to access, people will start encountering more storm-injured animals.

It may be a while before the ARK reopens. “It looks really bad,” Tunnell says. “But the bad parts of it are the parts that can be either removed or fixed. The pools are still working. The netting and roof can be fixed or replaced. It’s not a total loss.” In the meantime, ARK staff are working under the TSC’s roof.

Barnacle Bill and the other animals that still need care have also been moved to the TSC, where they’ll be based until their own facilities are repaired—hopefully within a month or so.

The organization Friends of the ARK has launched a donation campaign to cover repairs that insurance won’t. The TSC is fundraising as well, to cope with the coming influx of animals.

“Wildlife is on the back burner right now,” Tristan says. “Human life is of utmost importance.”

“We just want to let everyone know that when the time comes, we’ll be available and ready to go.”