One morning in 2009, José Ugalde hauled his lobster traps up from the sea along Costa Rica’s Southern Caribbean coastline and pulled out an elegant striped fish. He didn’t think much of the encounter—until he spotted another one a few months later. Soon, in some of his traps, the fish had displaced lobsters entirely. The beautiful fish, Ugalde learned, were pests called lionfish and they were threatening his community’s livelihood.

Exotic pet owners likely introduced the invasive lionfish to the Atlantic Ocean from the Indo-Pacific sometime in the last 30 years. It has no natural predators in the Caribbean Sea, where it is decimating many local fish populations. That’s bad news for communities that rely on fishing and tourism.

Yet the invaders have encountered resistance. The Southern Caribbean Artisanal Fishermen’s Association (Asociación de Pescadores Artesanales del Caribe Sur, or APACS) a group of fishermen from the Costa Rican communities of Puerto Viejo and Manzanillo, has cobbled together funds for diving equipment and spears and is training locals—including children—to hunt lionfish. Local restaurants are also taking up the challenge, creating palatable lionfish dishes. 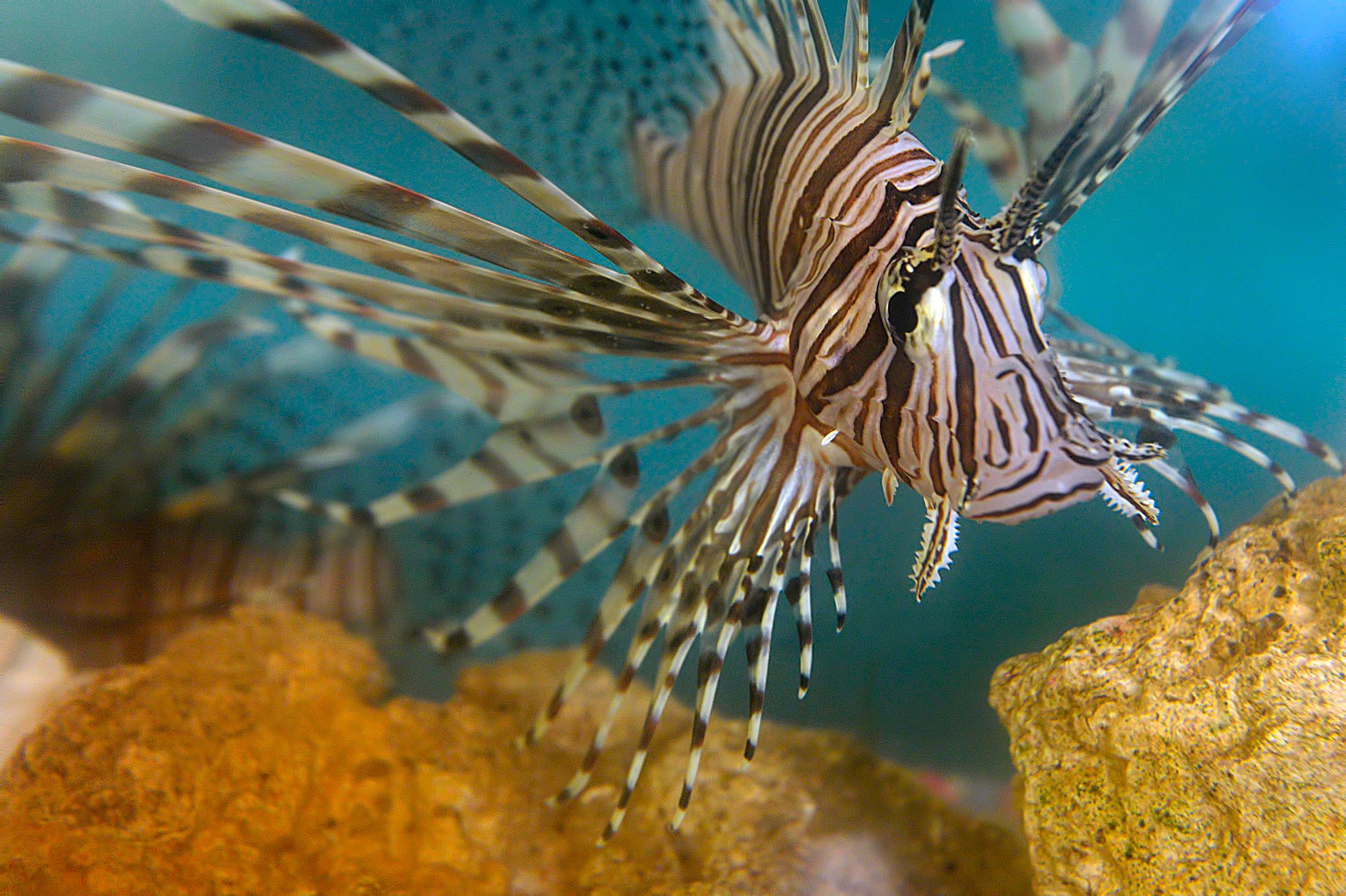 A lionfish swims in a tank in the Southern Caribbean Artisanal Fishermen’s Association (APACS) meeting room—a reminder of the group’s mission. There are now roughly 92 invasive lionfish per hectare in the Costa Rican Caribbean, and they are harming local fish populations. APACS saves live lionfish specimens for scientific study and use in educational campaigns. Photo by Lindsay Fendt 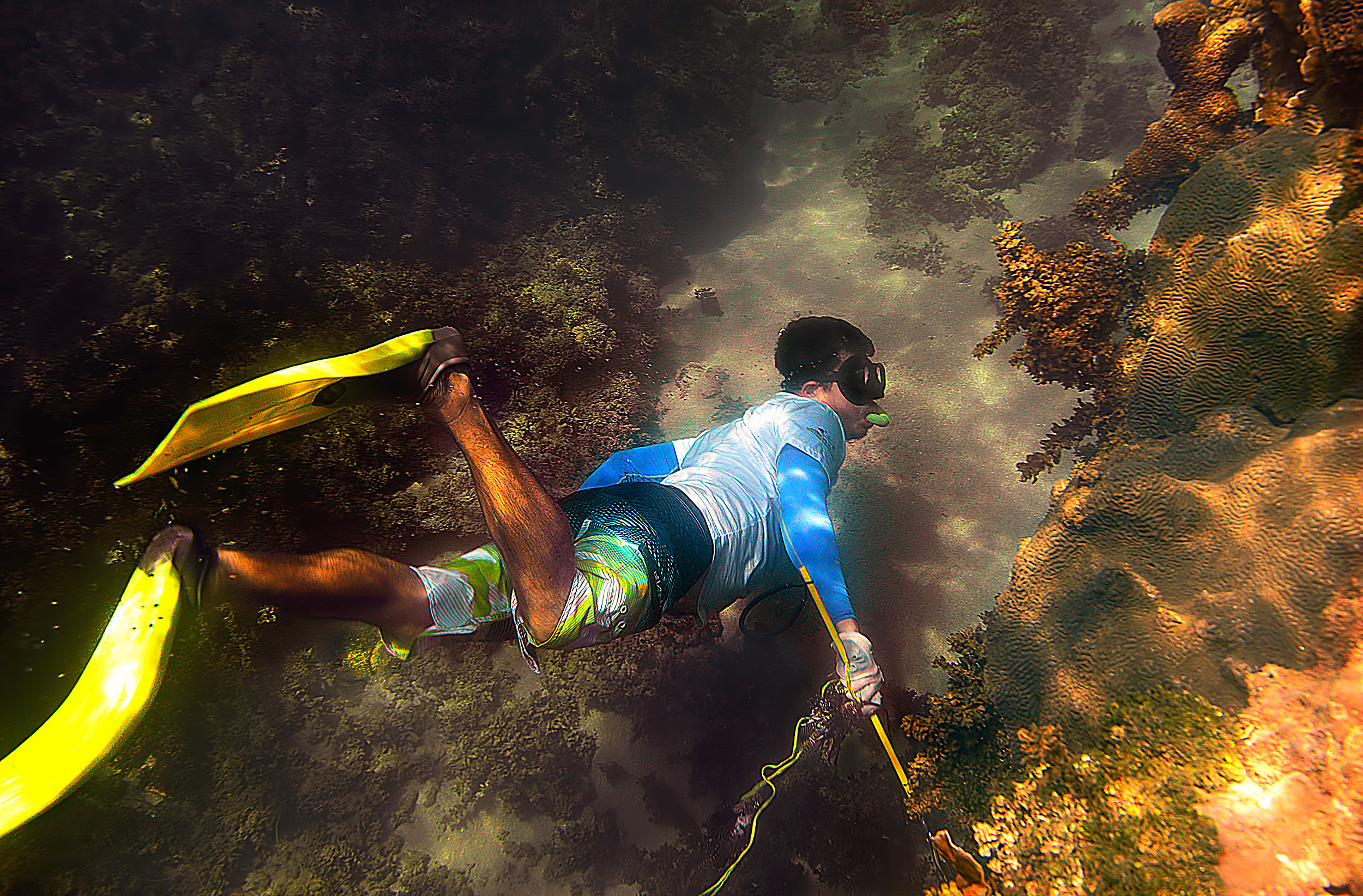 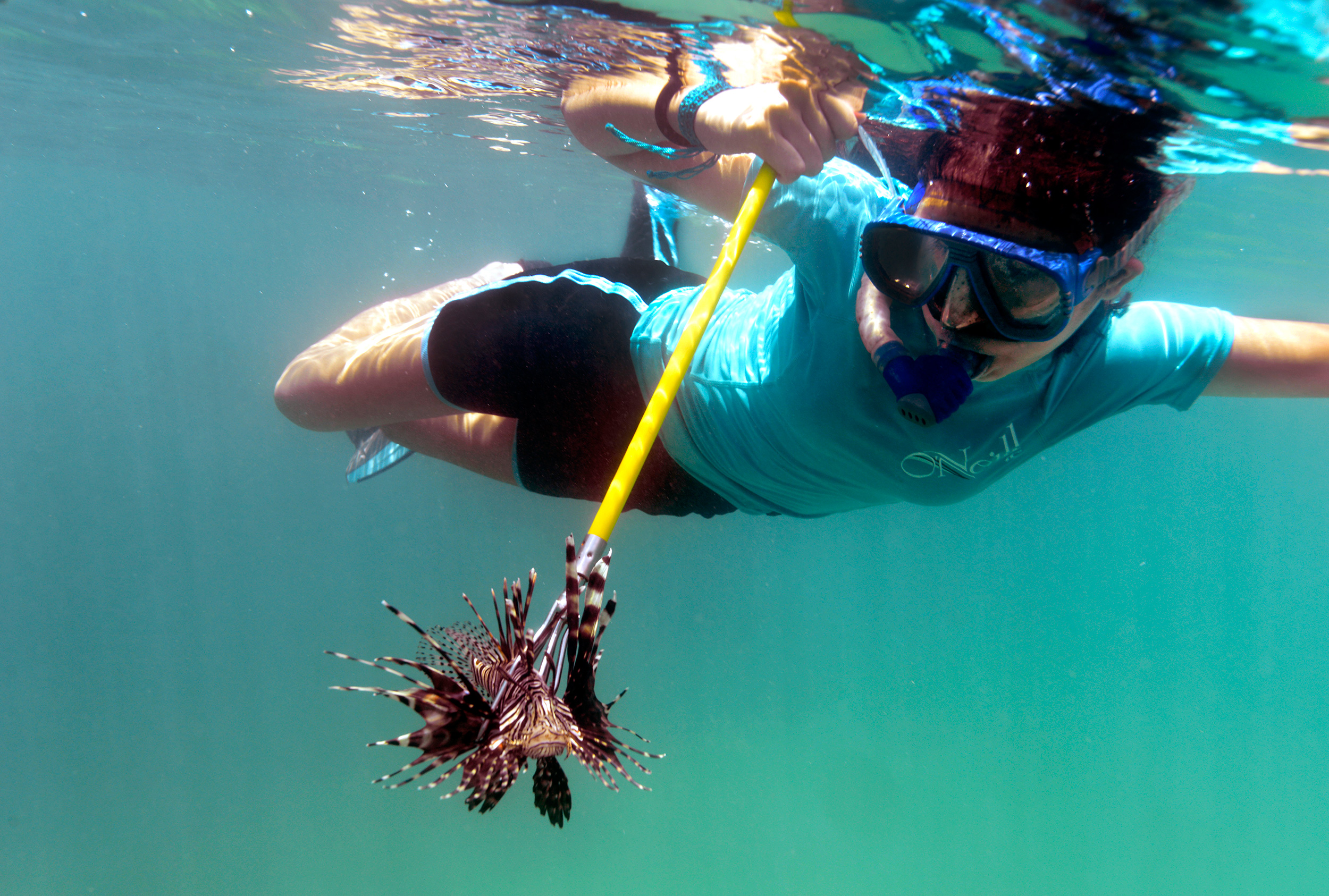 Andrés Hernández’s daughter, Romi, 15, floats to the surface with a speared lionfish. She received scuba certification through APACS, which offers free dive classes to students who agree to hunt lionfish and pick up trash underwater. Photo by Lindsay Fendt 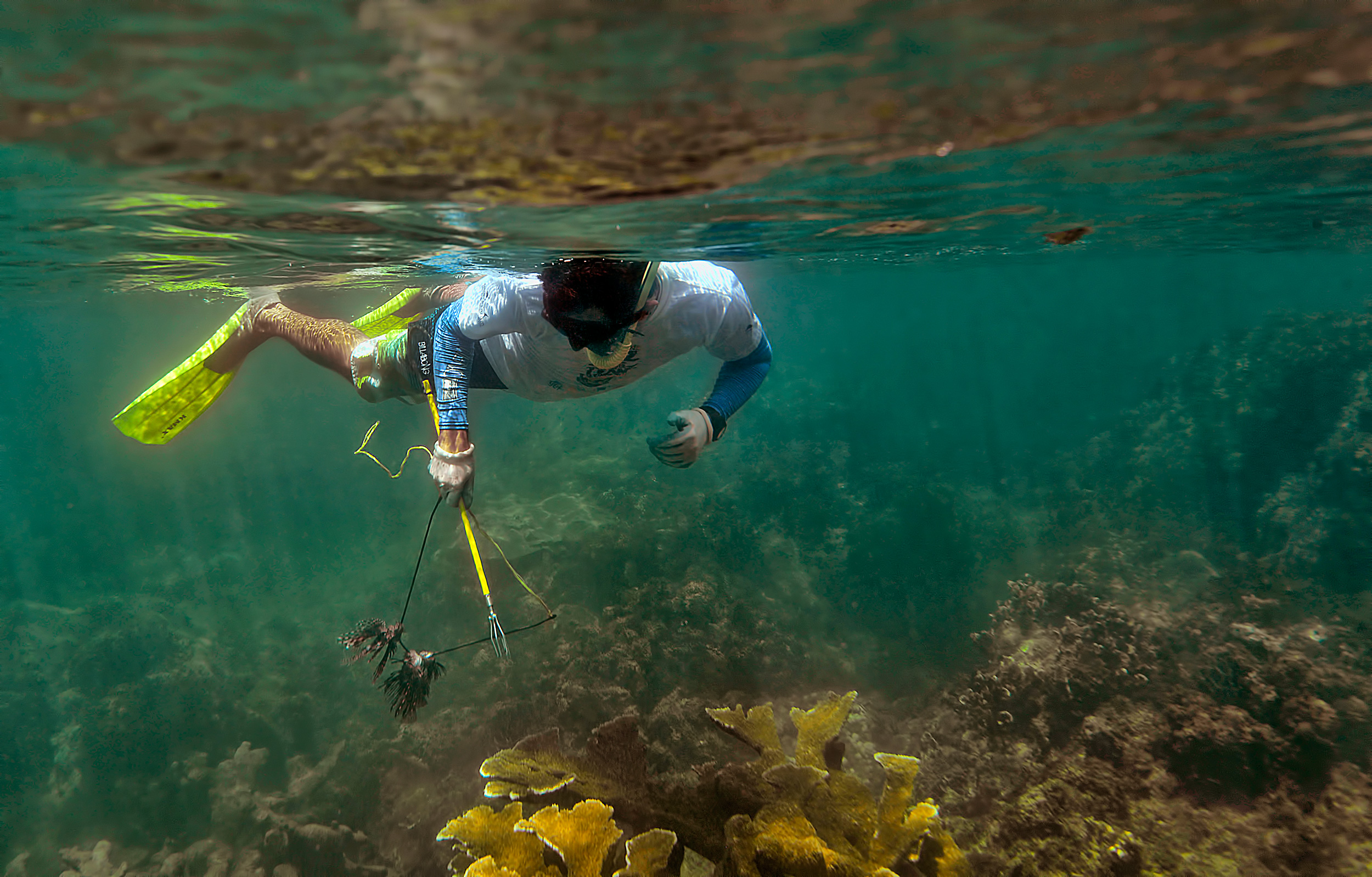 Dragging his catches behind him with string and a piece of metal, Andrés Hernández surveys the reef. Dive shops throughout Costa Rica’s Southern Caribbean region are concerned about their bottom line as the lionfish invade reefs popular with tourists. Lionfish are rarely aggressive, but just touching one of their toxic spines can result in a painful sting. Photo by Lindsay Fendt 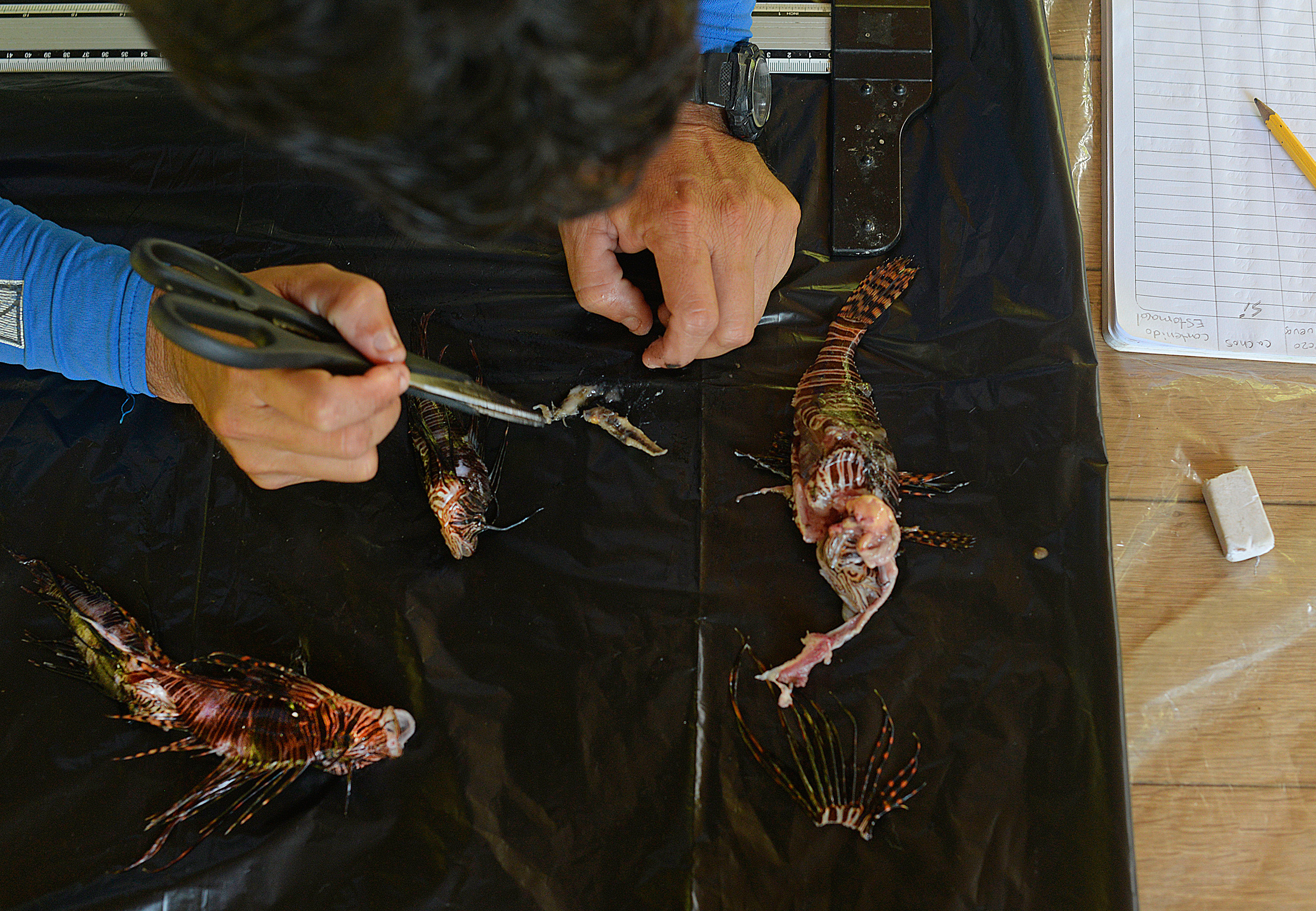 Andrés Hernández picks through the stomach contents of dead lionfish to see the quantity and type of fish they recently ate. Hernández and another APACS member are in charge of collecting and cataloguing data for every lionfish the association catches. They plan to give the data to the University of Costa Rica. Photo by Lindsay Fendt 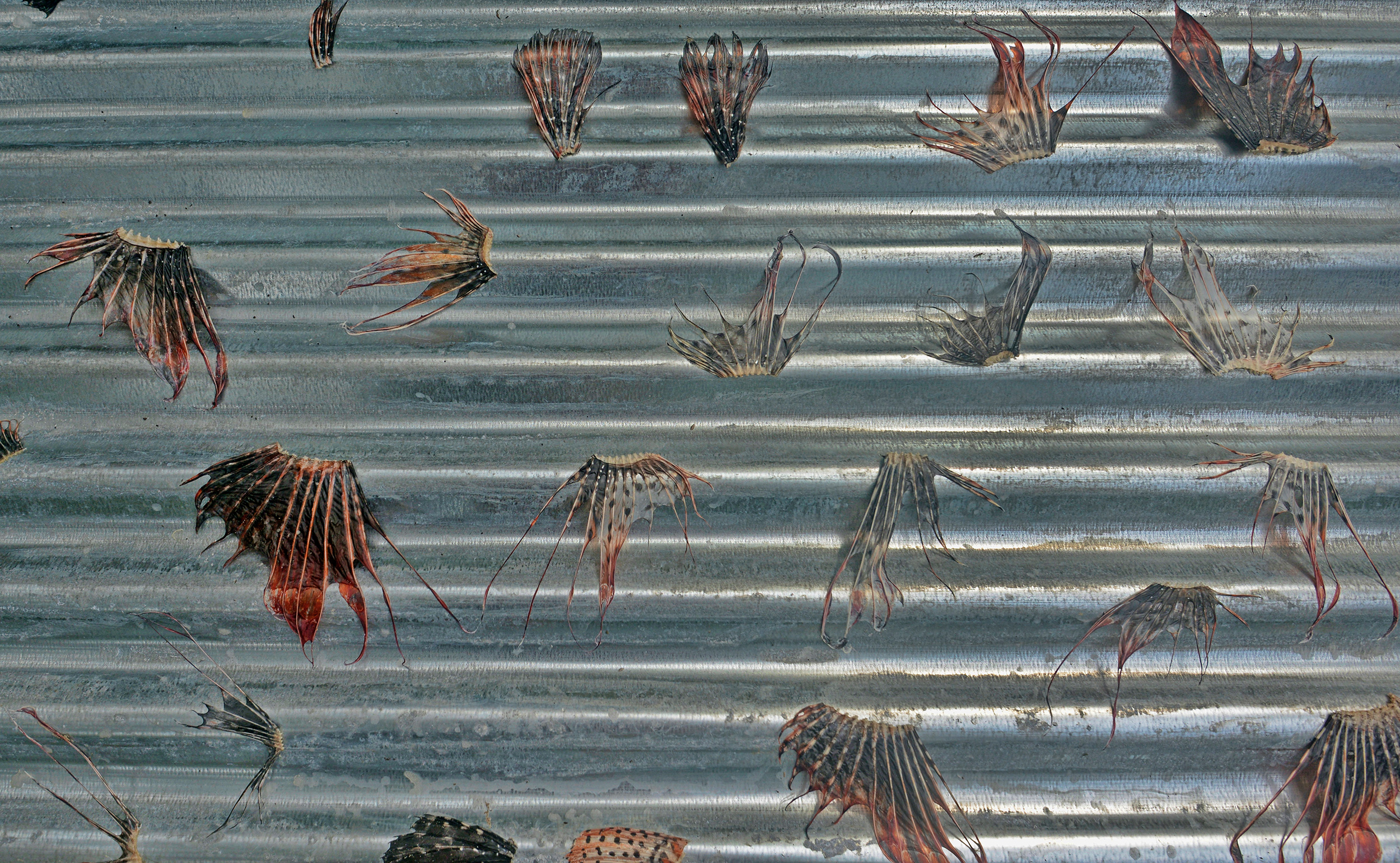 Lionfish fins dry in the sun outside of Hernández’s house. APACS is experimenting with incorporating the lionfish into handmade crafts such as fashionable jewelry and small statues. Photo by Lindsay Fendt 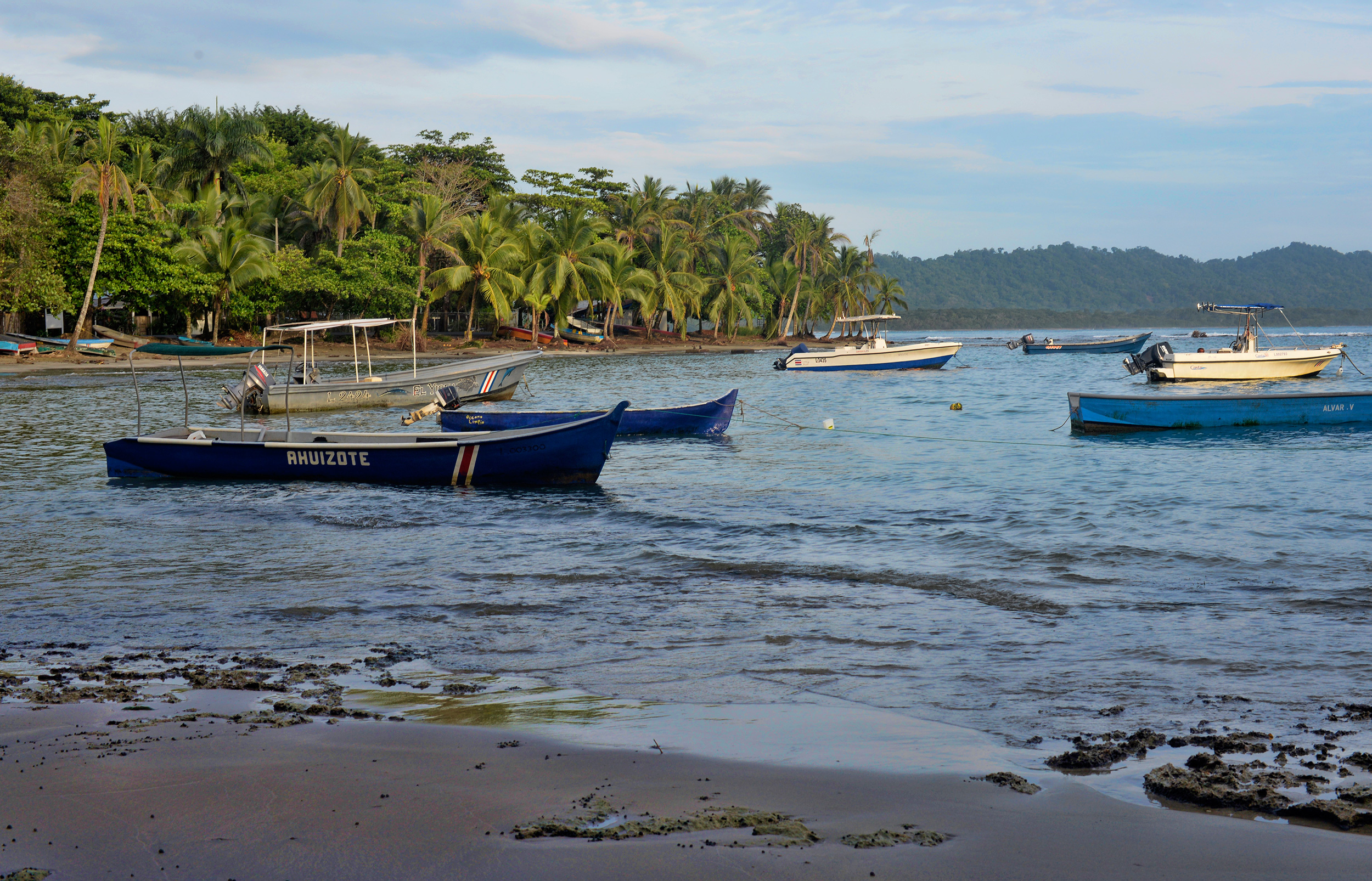 Fishing boats sit anchored off the coast of Puerto Viejo in Costa Rica’s Southern Caribbean. Like other communities in the area, most of the town’s residents rely on fishing and tourism for a living. Photo by Lindsay Fendt 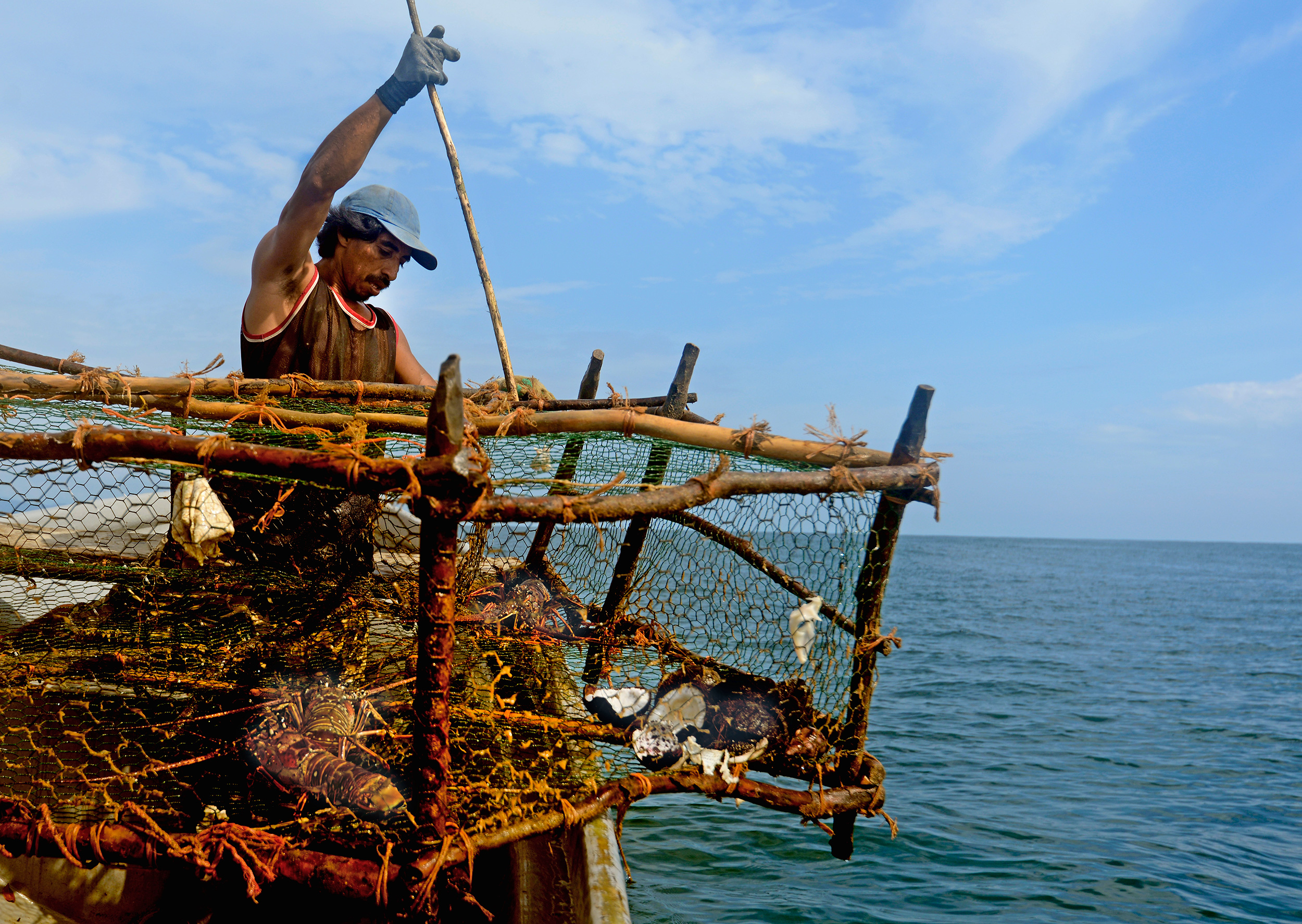 Cristóbal Velasco spears fish inside a nasa, the traditional wooden fish trap used by fishermen in the Costa Rican Caribbean. Fishermen sink nasas in deep water to ensnare lionfish, which can swim at depths of up to 300 meters. Photo by Lindsay Fendt 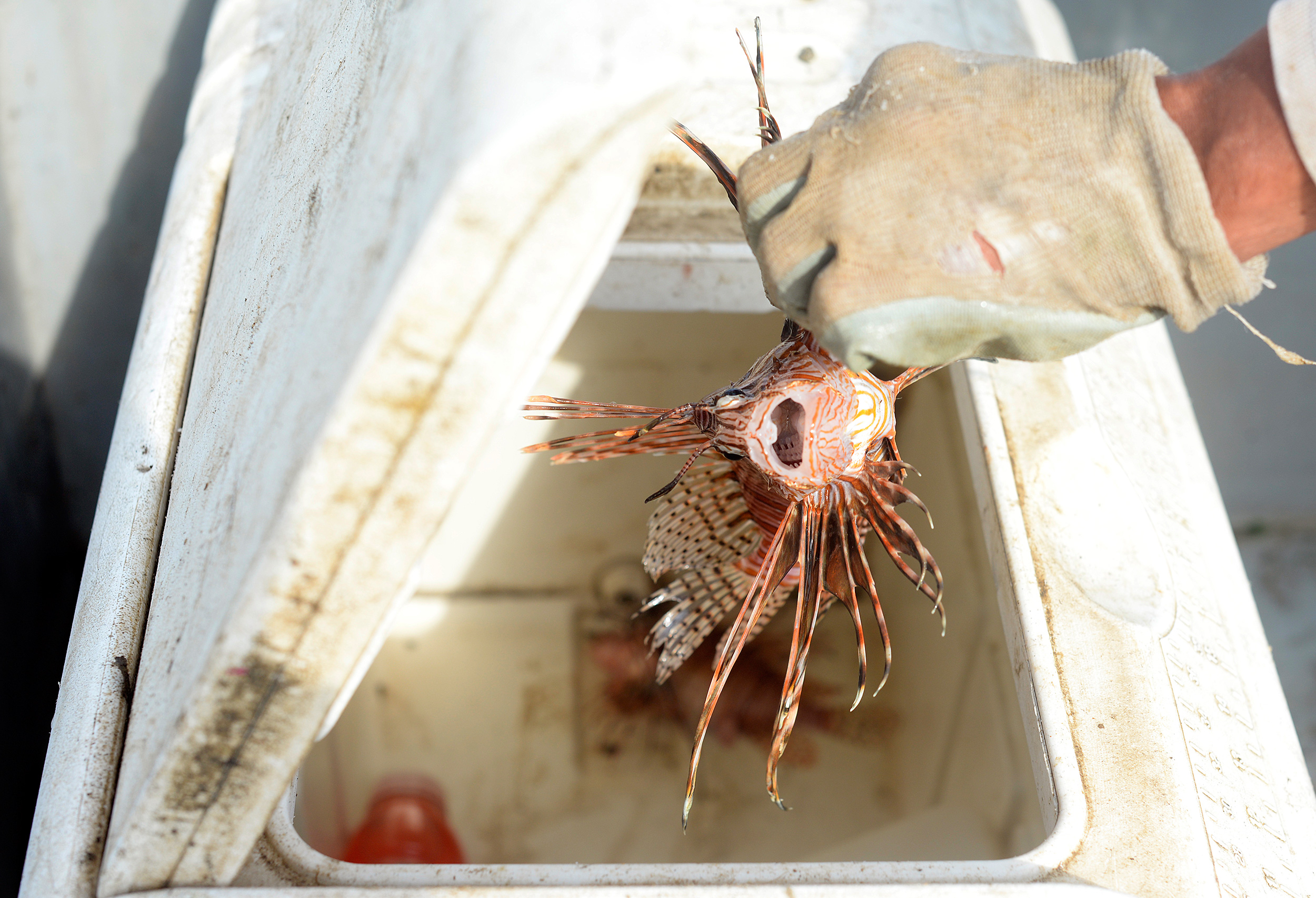 A fisherman tosses a lionfish into a cooler after pulling it from a nasa off the coast of a wildlife refuge near Manzanillo, in Costa Rica. Photo by Lindsay Fendt 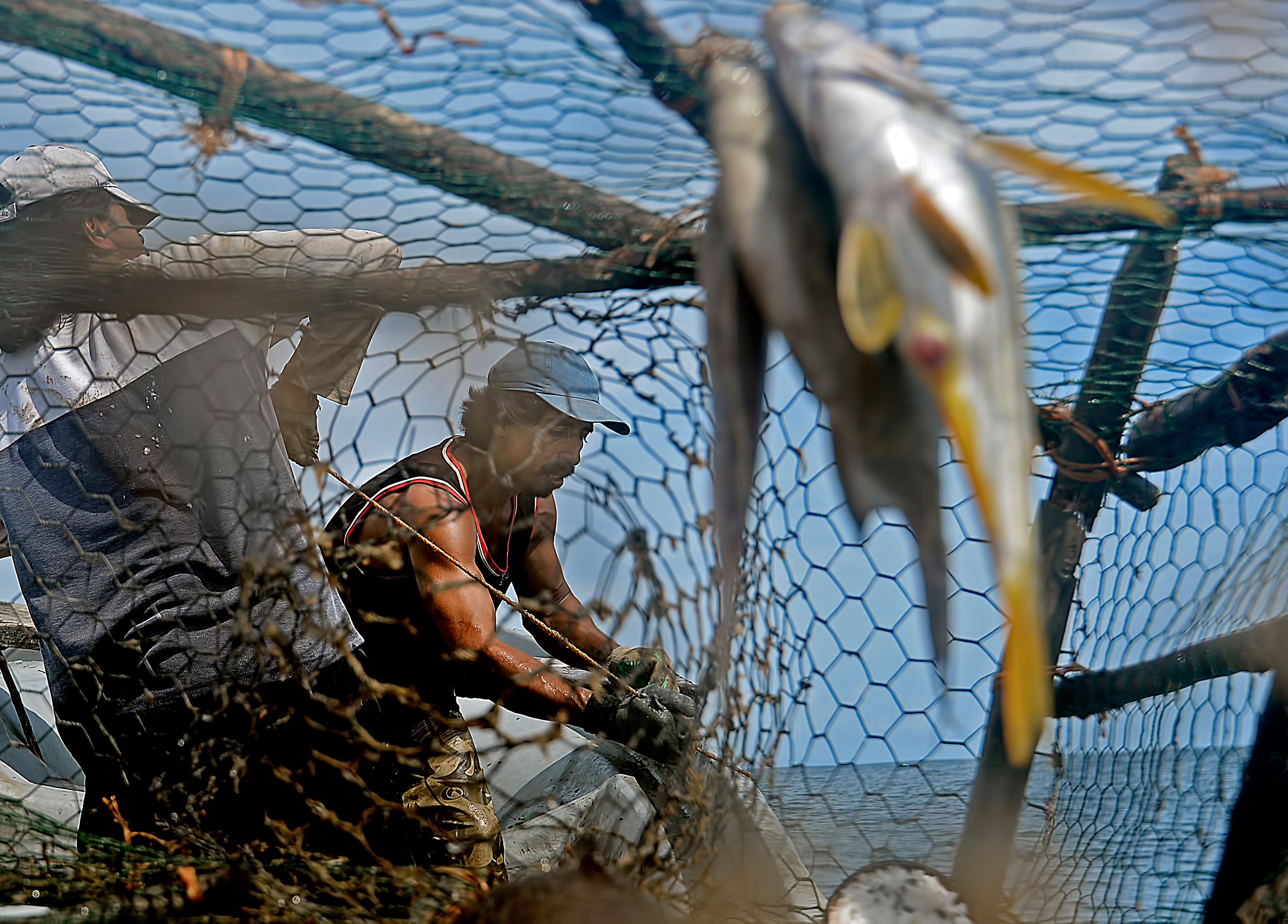 Wilfred McDonald and Cristóbal Velasco haul nasas on board the Sea Flower V. Though effective at trapping lionfish, nasas are an expensive investment; one fisherman estimates that building a single nasa can cost up to US $400. APACS provides the traps to fishermen in exchange for their lionfish harvest, which the association saves for research or sells to restaurants. Photo by Lindsay Fendt 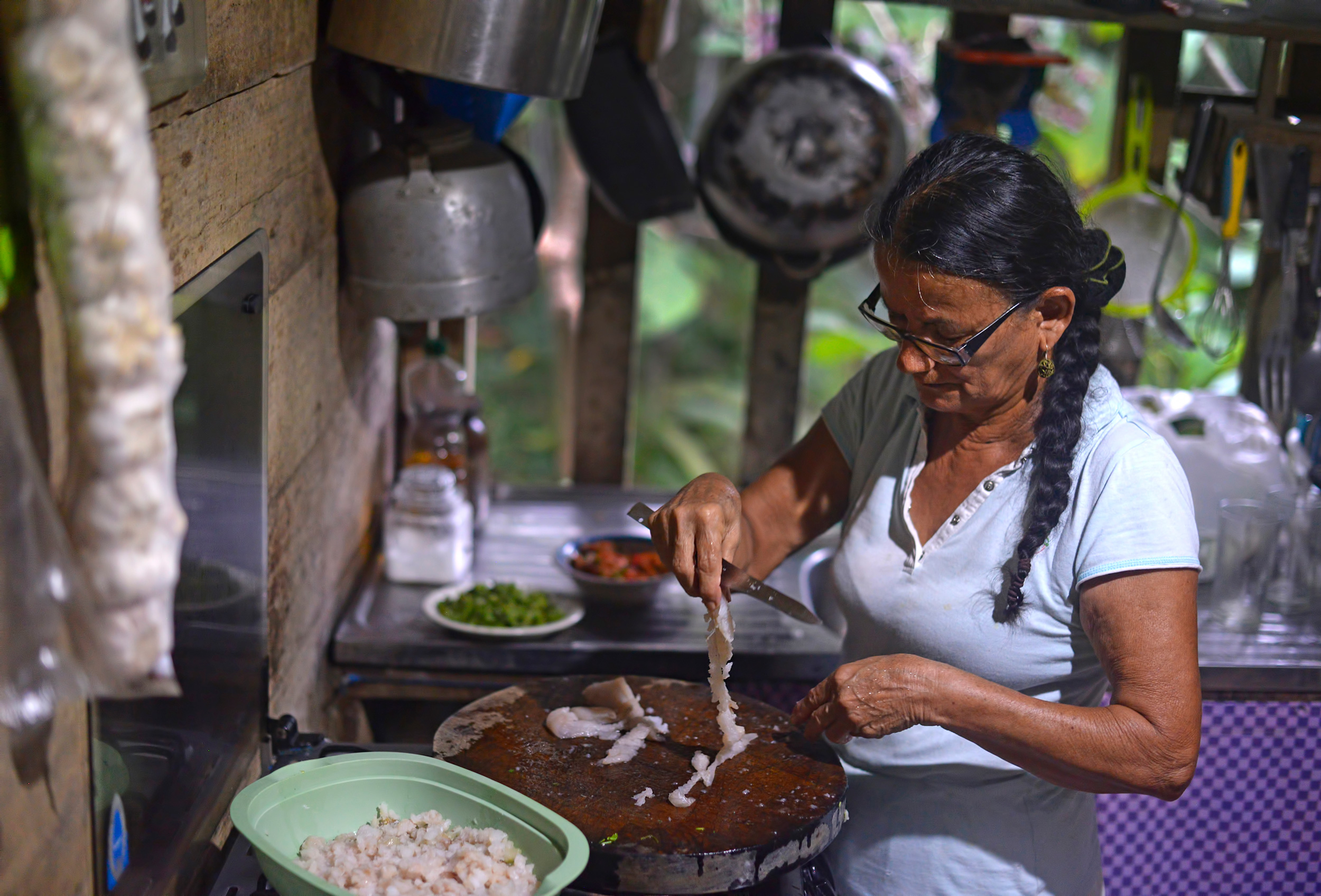 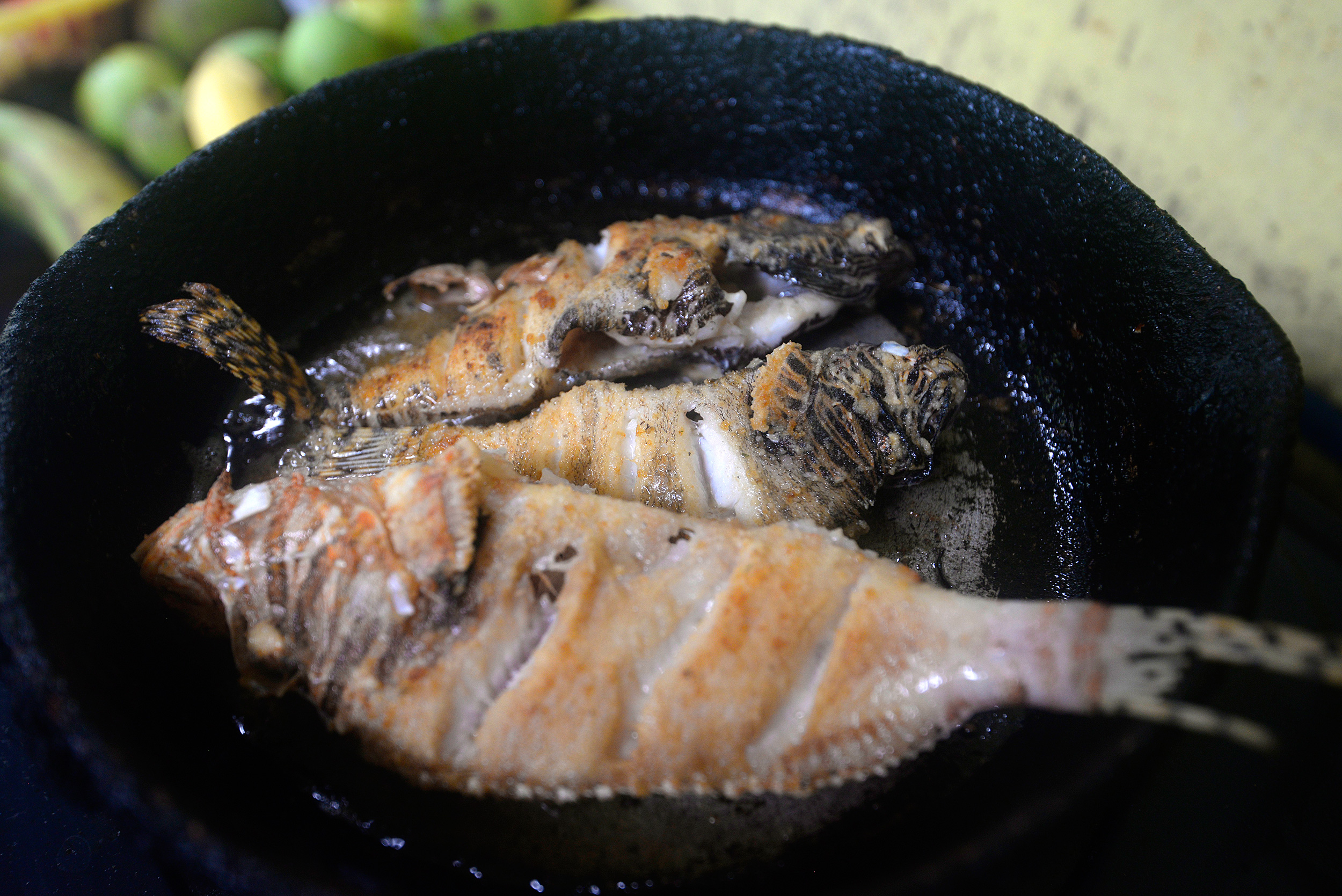 When lionfish are too small to sell to restaurants, APACS members will often fry them up to eat at home. Photo by Lindsay Fendt