The Canada C3 expedition recently toured the Newfoundland and Labrador coasts, headed toward the Northwest Passage. It will arrive in Victoria, British Columbia, this fall.

One of the greatest thrills of working in journalism is that every so often I get to do something extraordinary.

Like stand in the rib cage of a great blue whale skeleton.

Or swim with a fully grown saltwater crocodile.

Or join a leg of an expedition along the coast of Atlantic Canada, visiting parks and cultural sites and learning about life in outport communities from St. John’s, Newfoundland, to Nain, Labrador.

I spent nearly two weeks on the Polar Prince icebreaker as a participant in the Canada C3 expedition—as I write this a week later, the world still will not. stop. rocking—a journey designed to commemorate the 150th anniversary of Canada’s confederation while fostering diversity and inclusion, reconciliation, youth engagement, and understanding of the environment. The expedition started in Toronto, will cross the Northwest Passage, and will end in Victoria (C3 represents “coast to coast to coast”) on October 28, 2017, after a total of 150 days. (Including a stop at Calvert Island to visit Hakai Magazine’s sister organization, the Hakai Institute.)

During my time onboard, as part of leg five out of 15, I learned more about the strong tradition of storytelling in Atlantic Canada; recognized how acutely the cod moratorium still affects Newfoundland fishing communities; was inspired by the way people on Fogo Island overcame differences to bolster their collective future; and expanded my understanding of Innu and Inuit culture tenfold (the Innu shuffle is my new favorite dance move, thanks to Valérie Courtois of the Indigenous Leadership Initiative). At some of the more northerly hamlets, locals shared stories of residential schools, of loss and suicide, but also of resilience. The group I joined, made up of a few dozen inspiring Canadians, shared many serious conversations around reconciliation and Indigenous concerns, but also lots of fun.

Fred Penner and Patrick Murray, the two primary musicians onboard, kept music at the forefront of every day. Jeff Hutcheson, formerly the host of CTV’s Canada AM, served breakfast each morning with oldies rock blasting. We hiked one of the world’s longest boardwalks, built a cardboard canoe (proof: Fred Penner wrote a song about it), dressed as Vikings, entered Olympic kayaker Adam van Koeverden in a punt boat race, learned to jig for cod, kissed an iceberg, and filled many memory cards full of images. Here are just a few highlights from the trip: 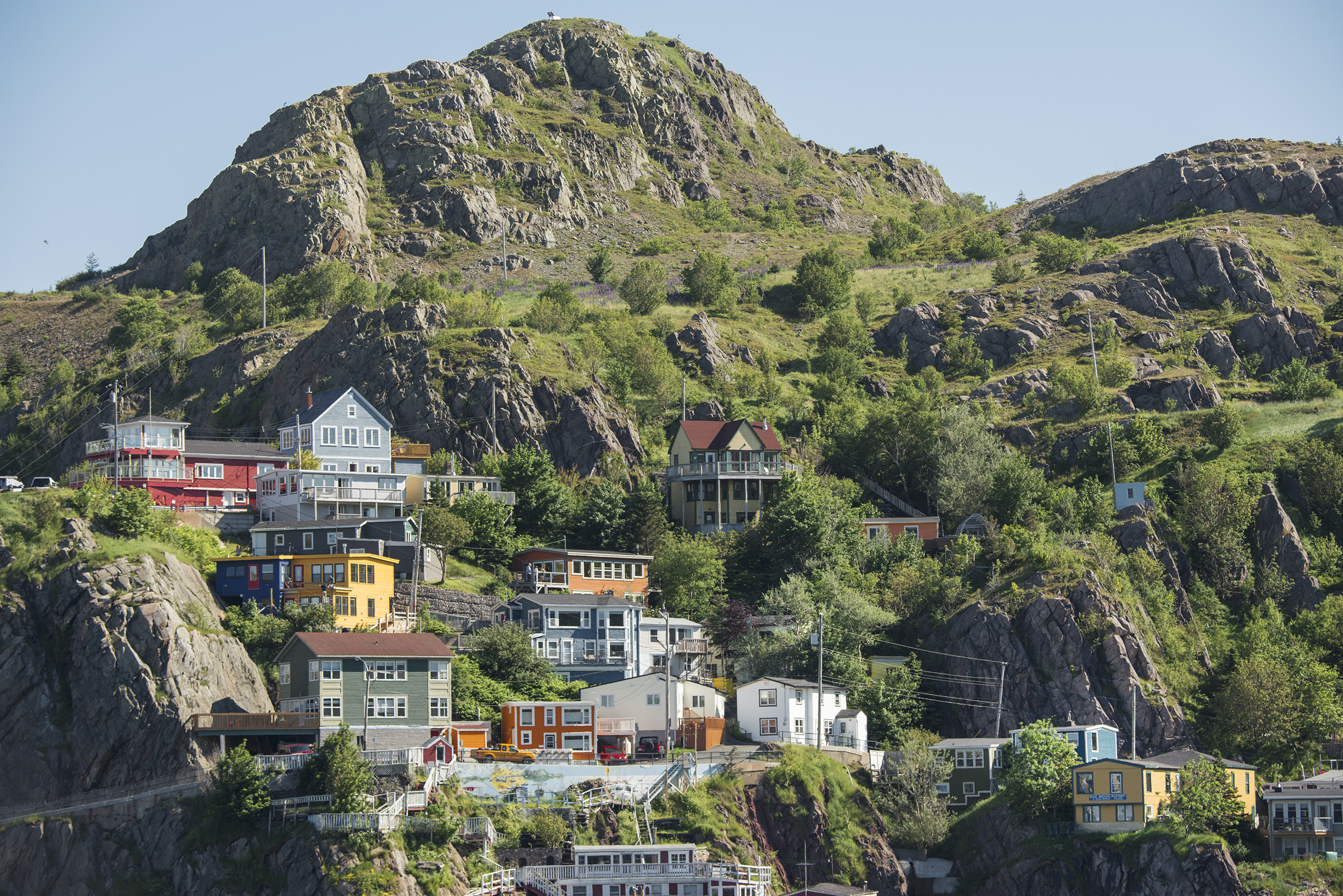 Leg five of the Canada C3 expedition kicked off in St. John’s, Newfoundland. 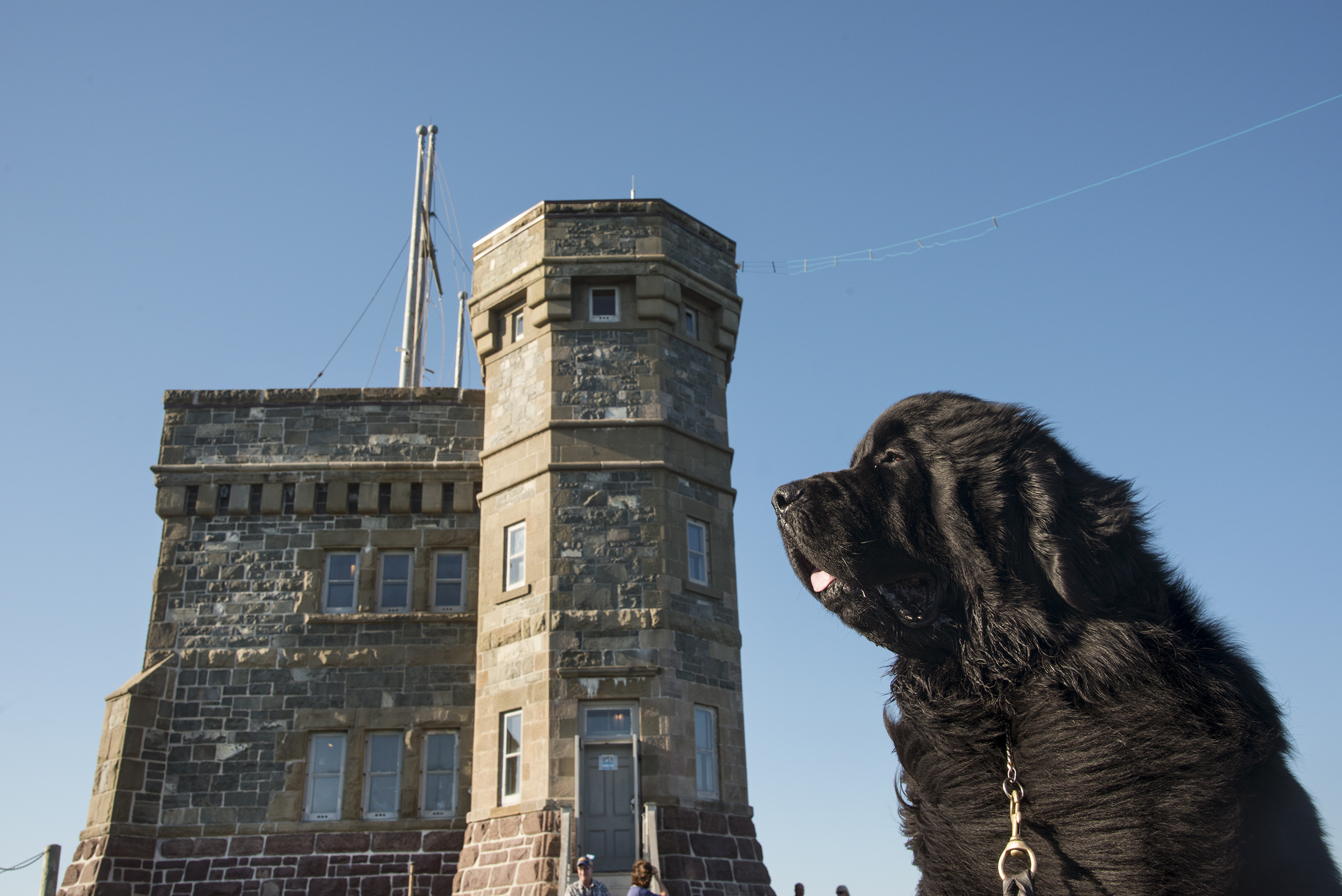 Before the Polar Prince departed, I trekked up St. John’s Signal Hill, where the first transatlantic wireless signal was received, and met this handsome local. 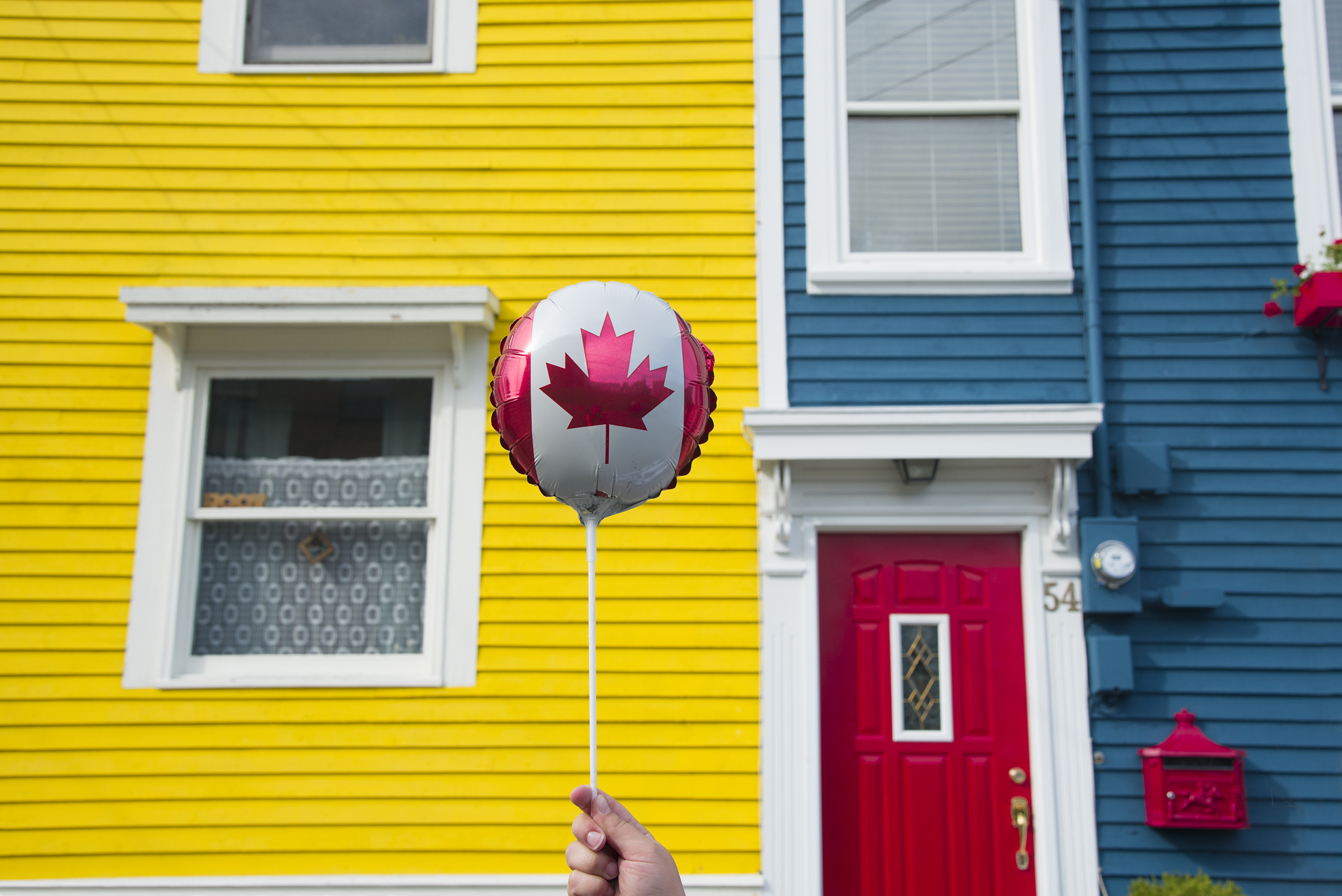 I found a vestige of Canada Day celebrations while checking out some of the brightly colored “jellybean houses” in downtown St. John’s. 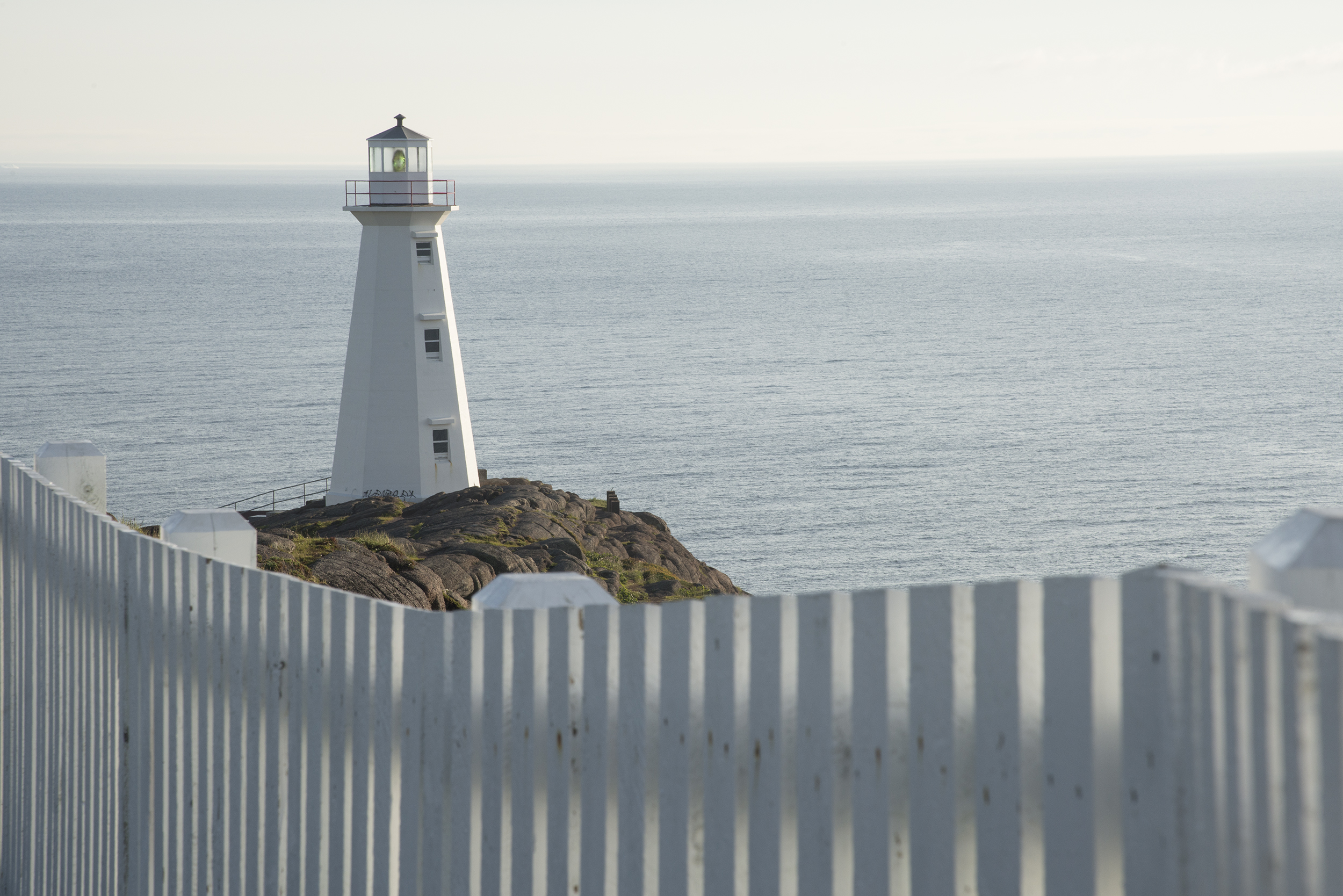 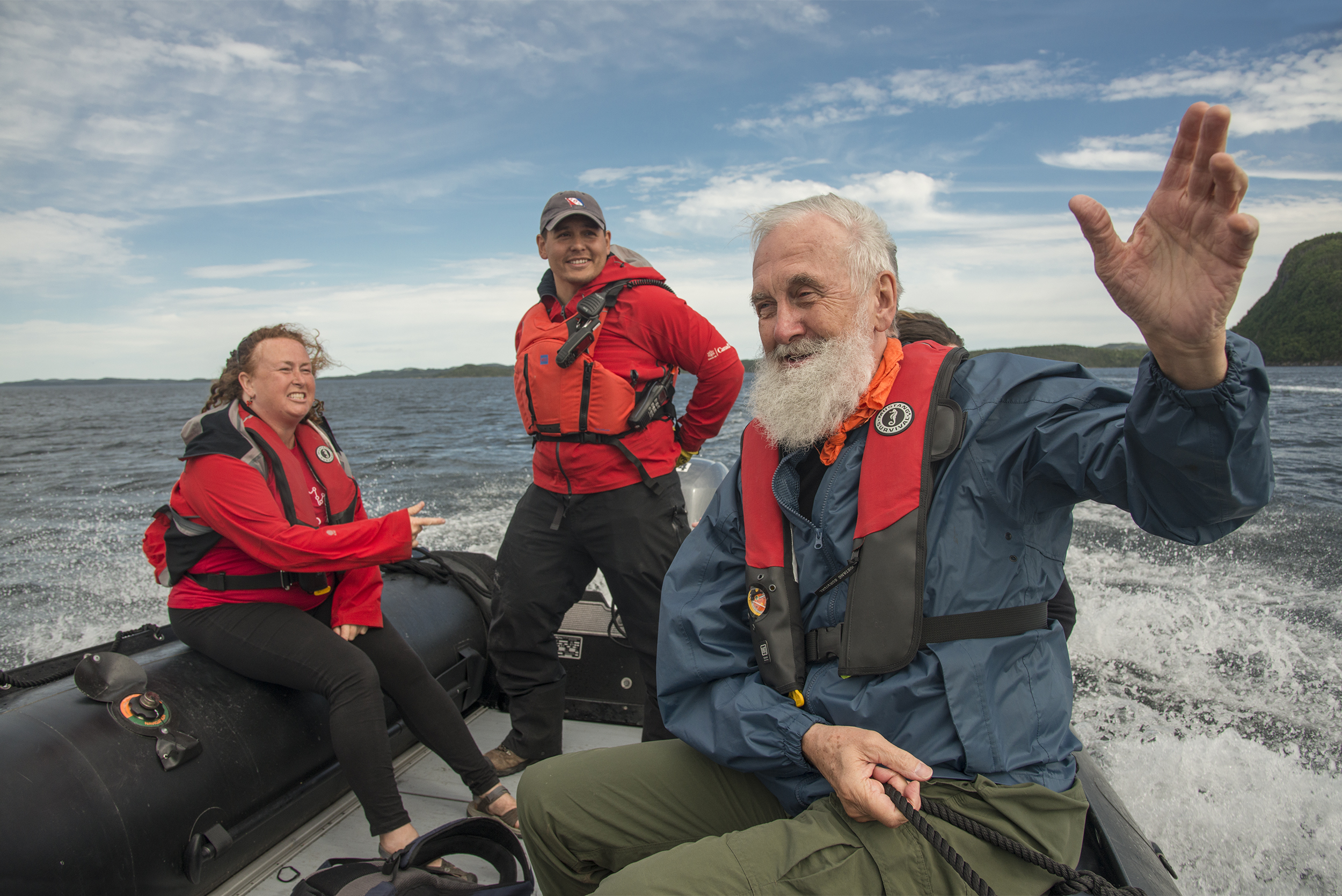 Fred Penner, a children’s performer and leg five participant, provided a joyful soundtrack to the journey. Here, he belts out “Alouette” as we travel within Terra Nova National Park by Zodiac. 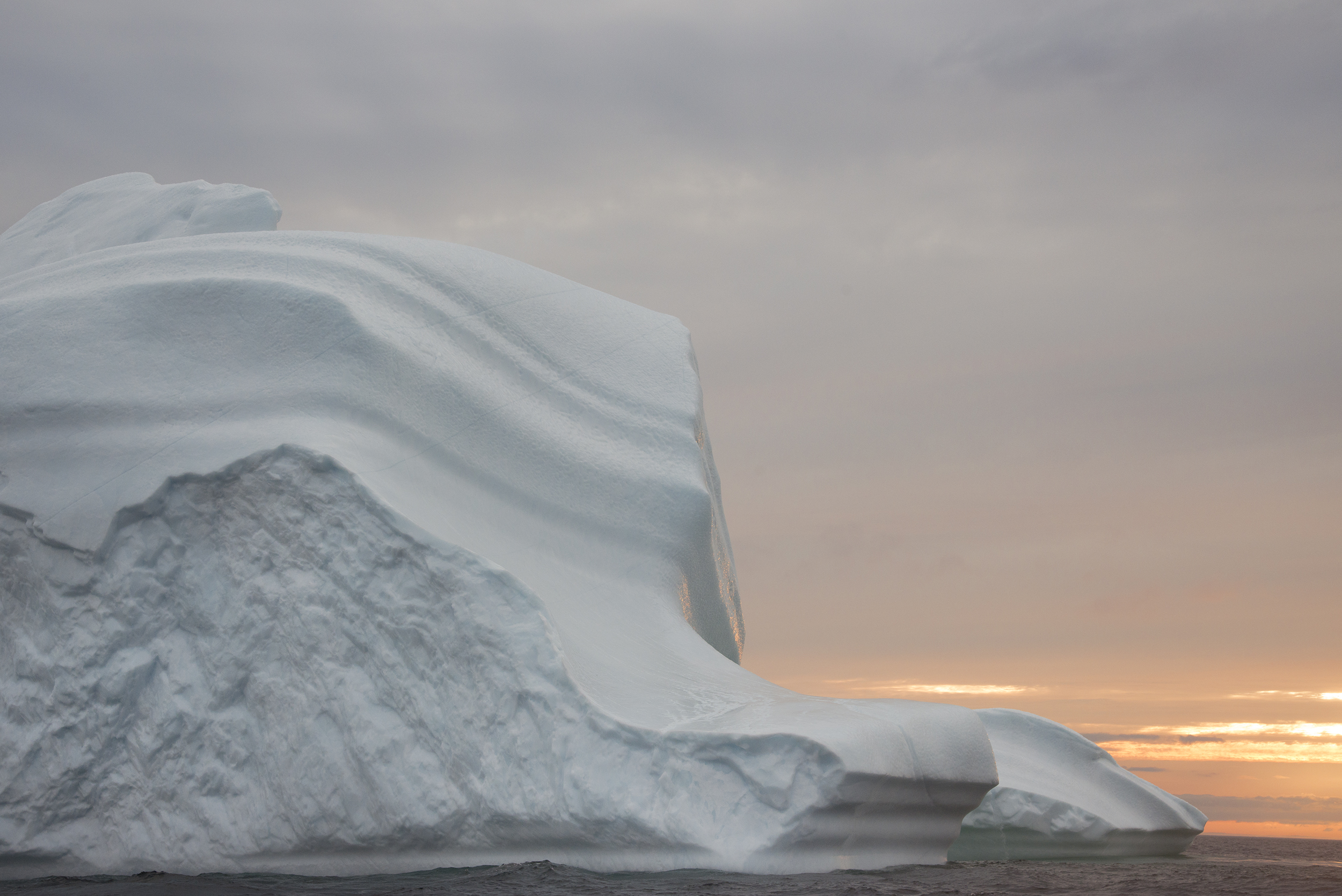 The trip took us through “Iceberg Alley,” where colossal chunks of ice that had originated in Greenland were slowly transforming in the July heat. 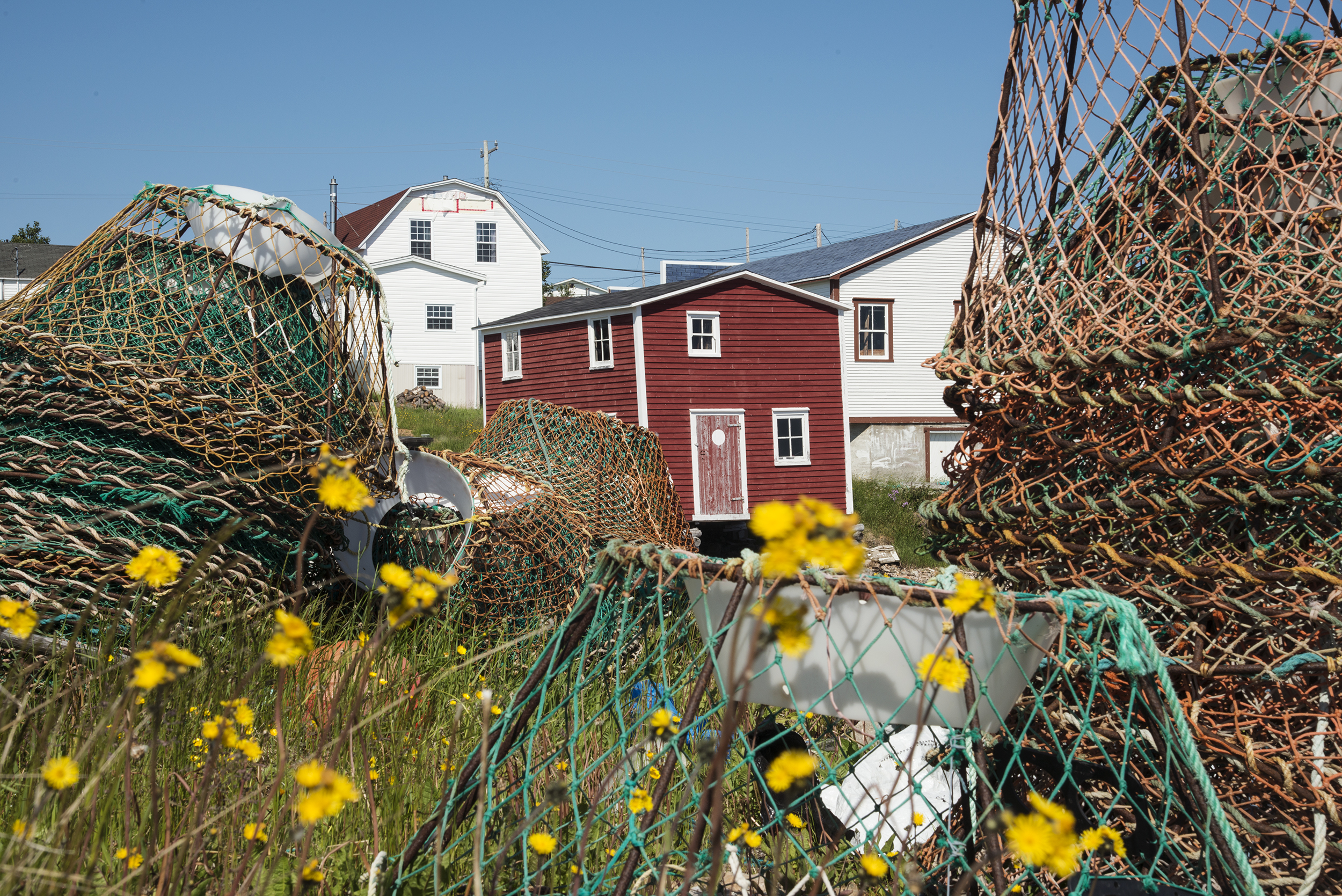 At Fogo Island, we learned about fishing heritage and endeavors to keep island communities viable. 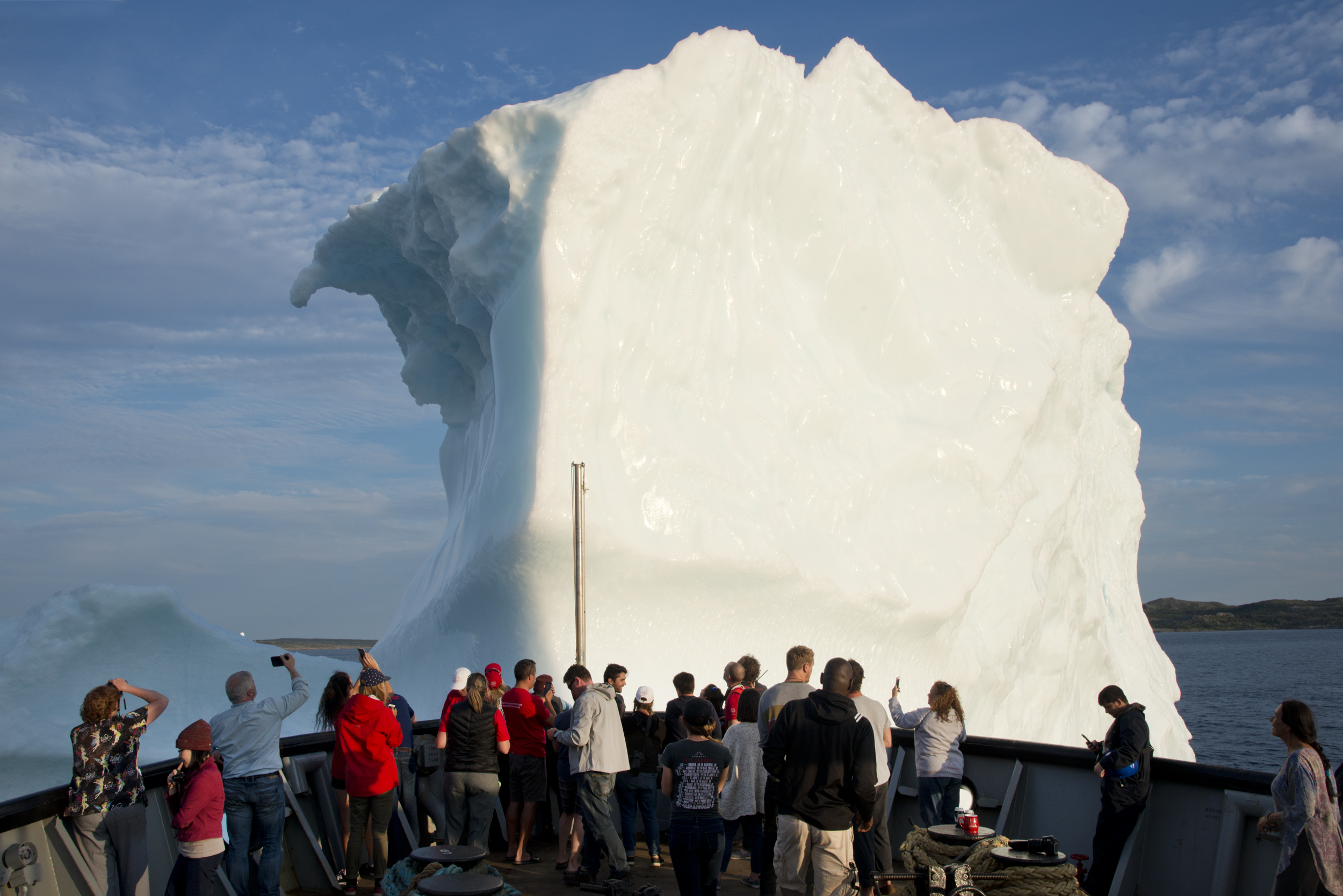 This is how to “kiss an iceberg.” 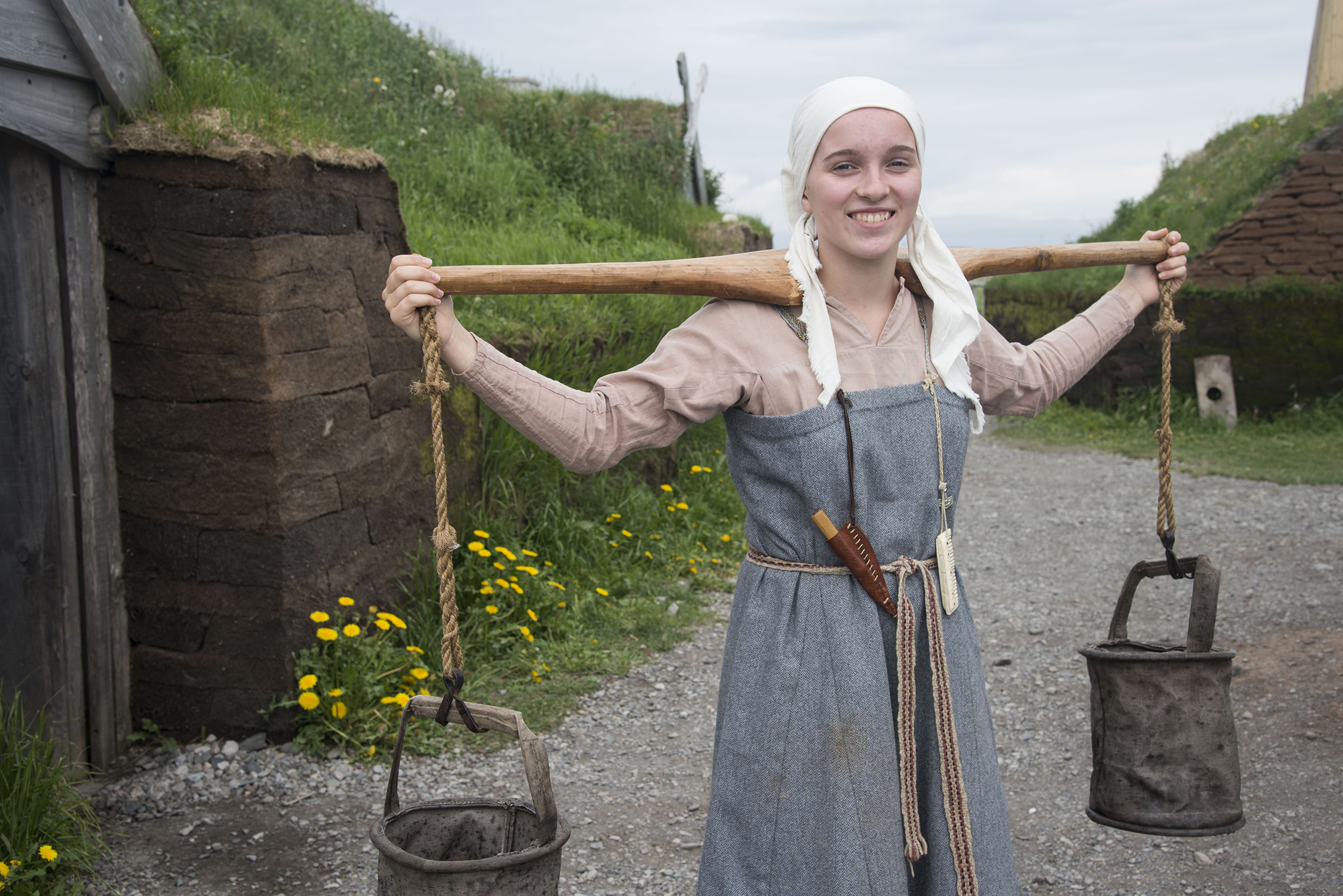 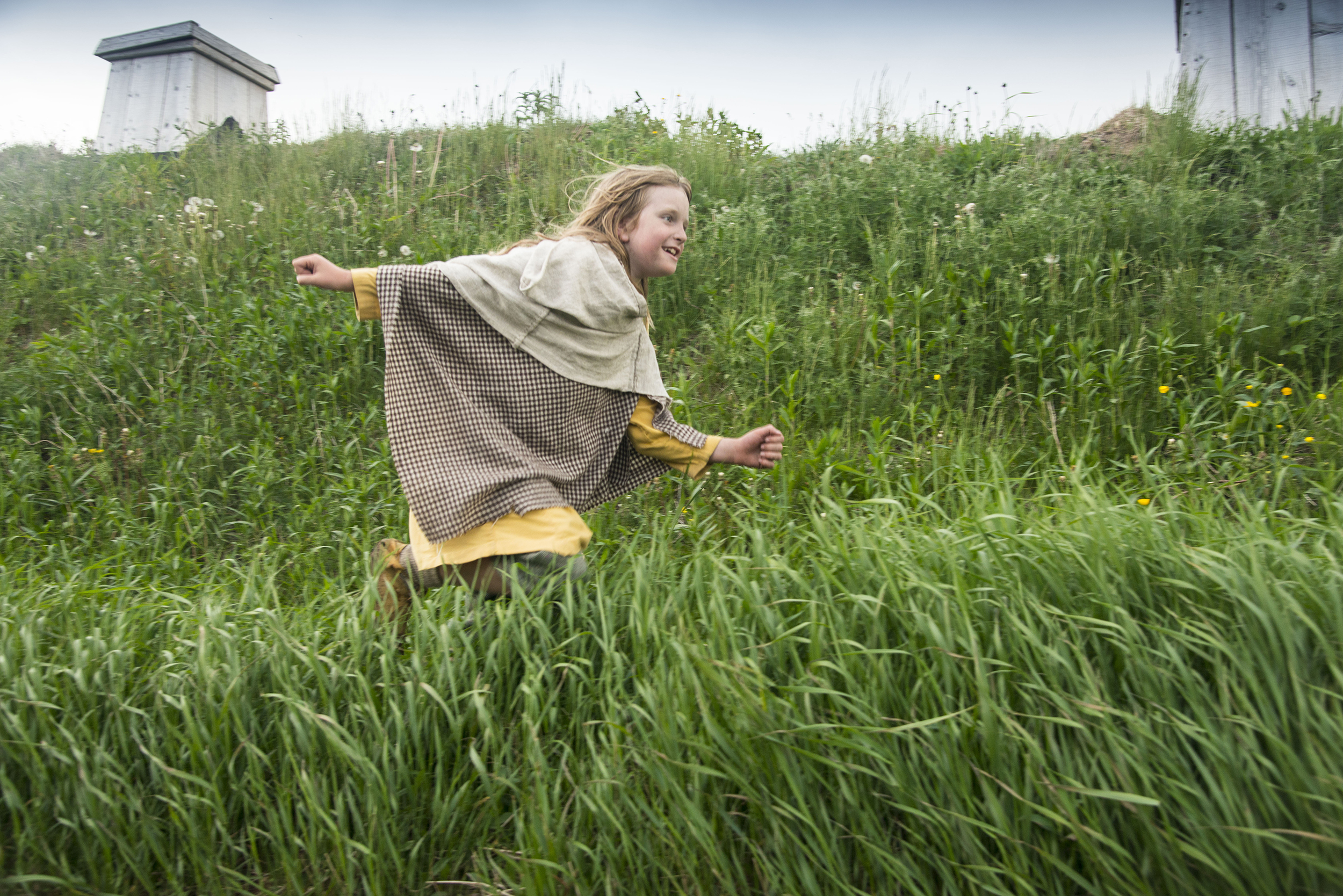 For the younger Norse re-enactors, the sod houses of L’Anse aux Meadows were an ideal playground. 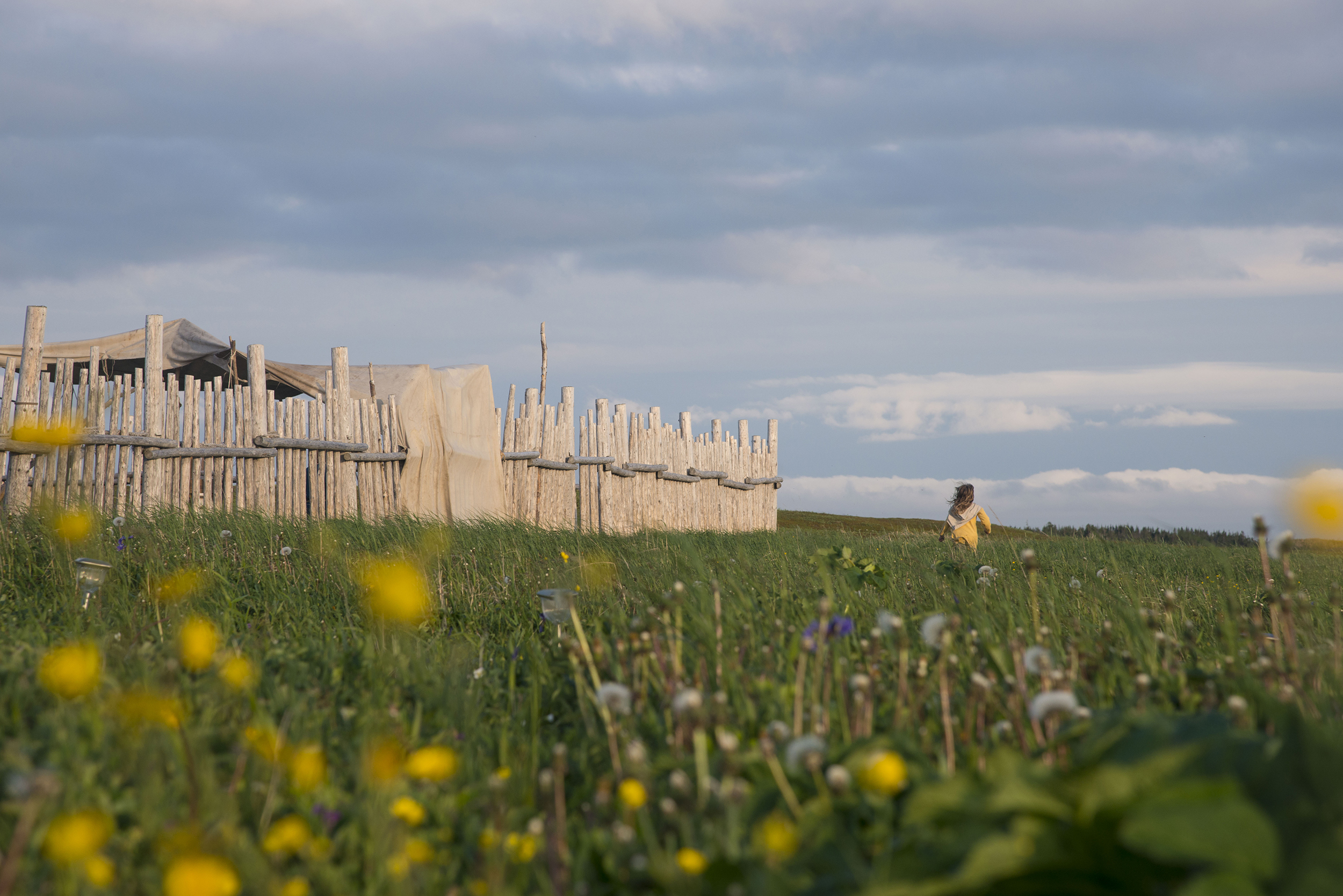 We said goodbye to L’Anse aux Meadows after a full day of learning about archaeology and Norse history before reboarding the Polar Prince and heading into the Strait of Belle Isle. 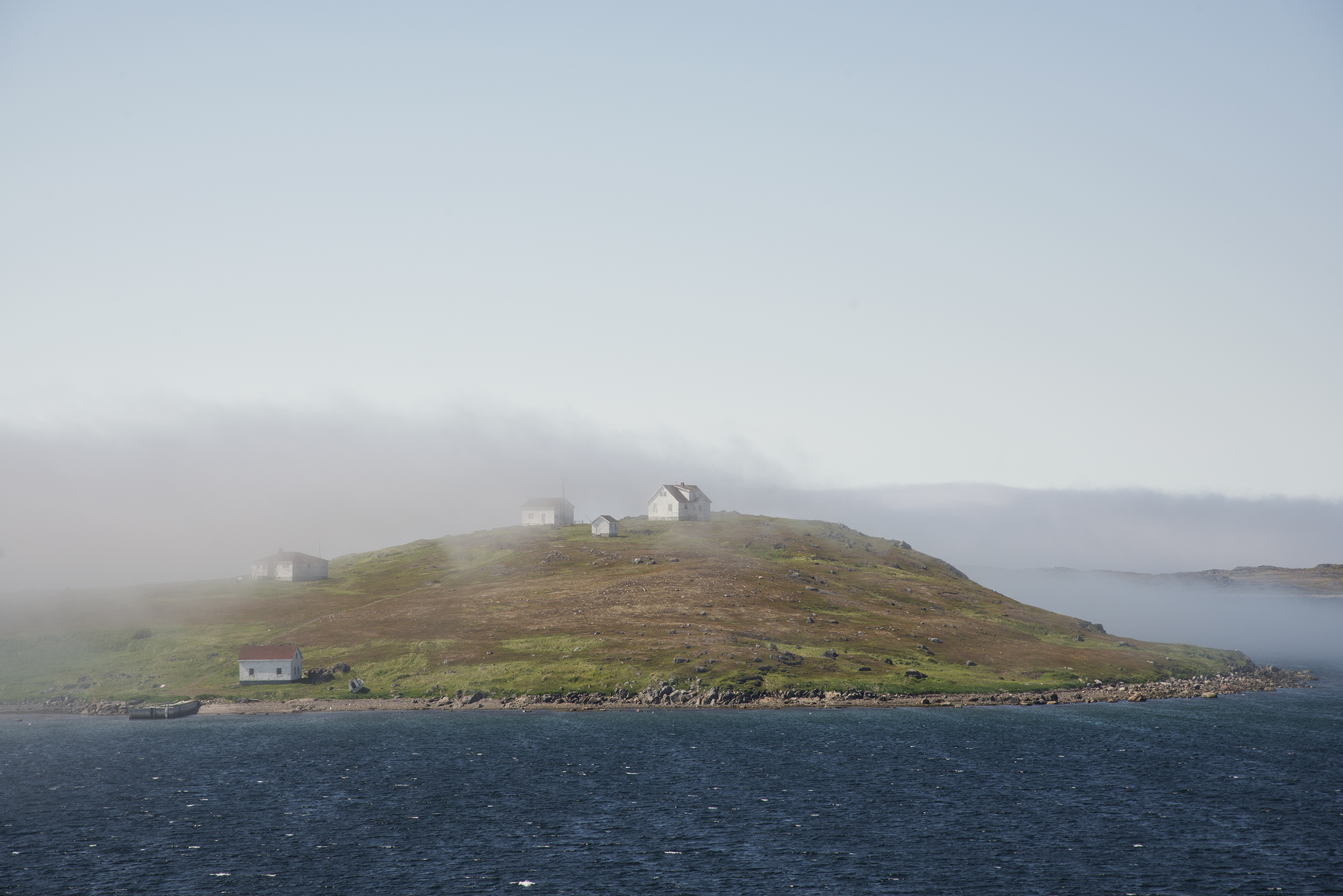 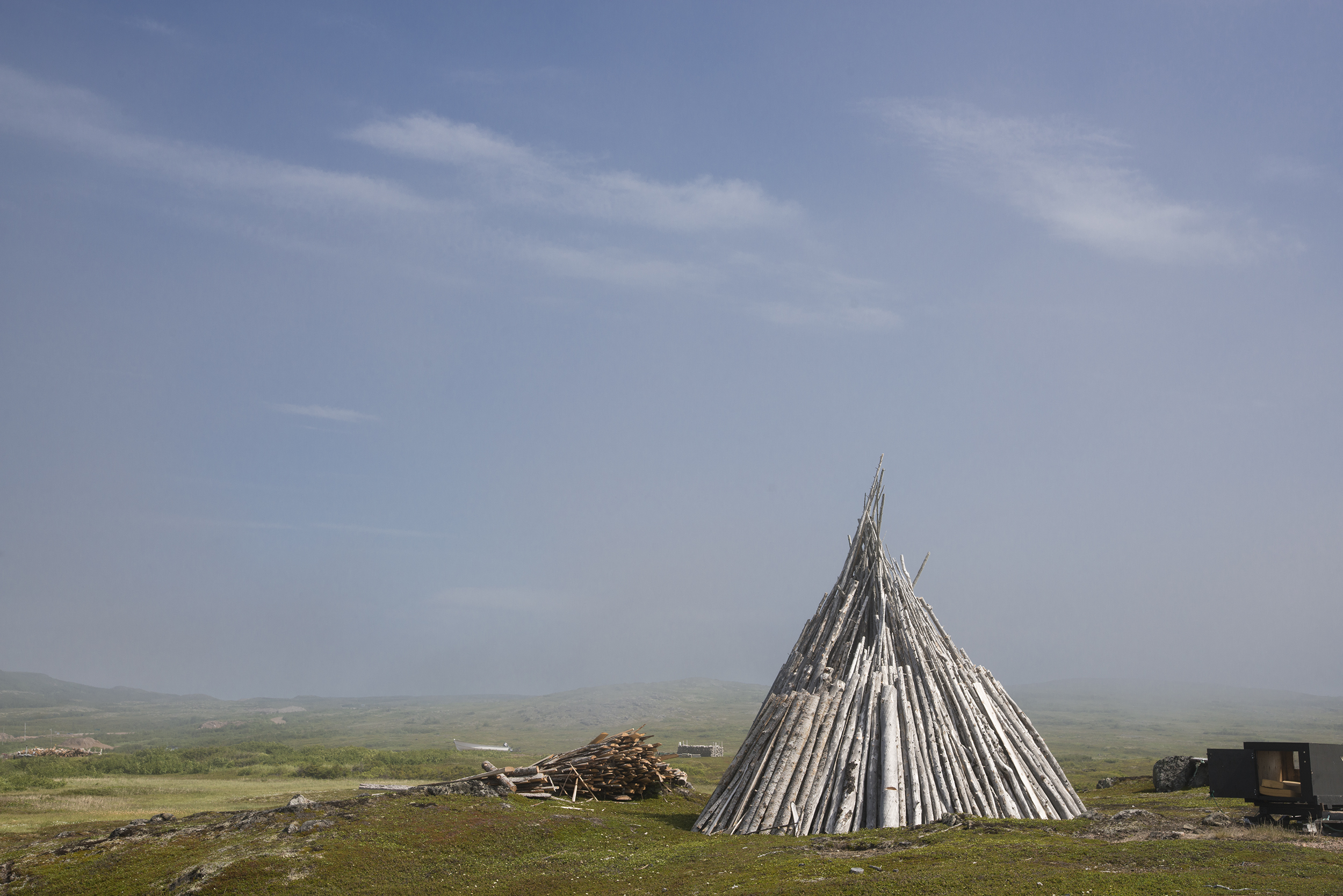 The Labrador coastline is peppered with tepee-shaped stacks of drying wood. 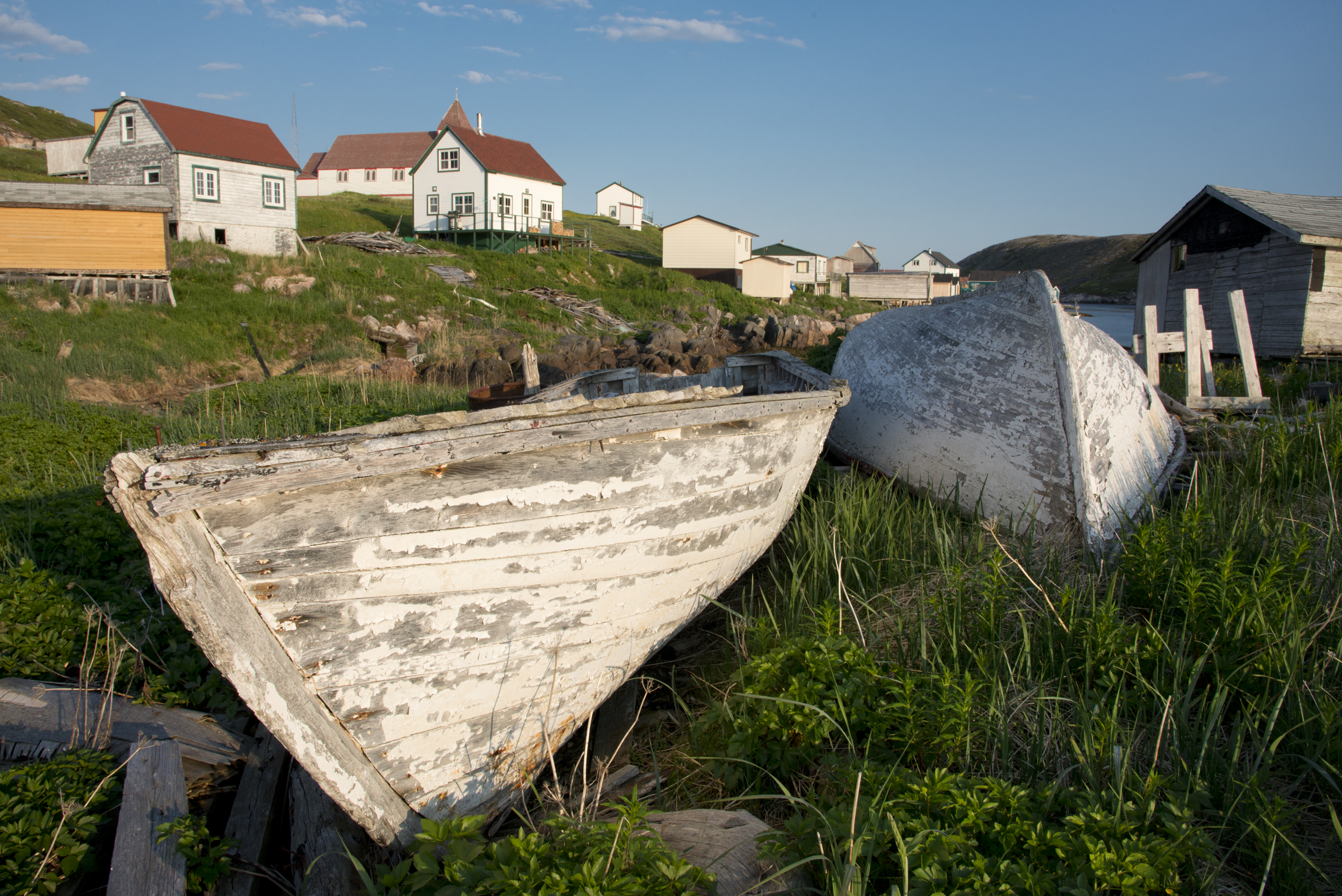 Battle Harbour was once the “salt fish capital of Labrador.” 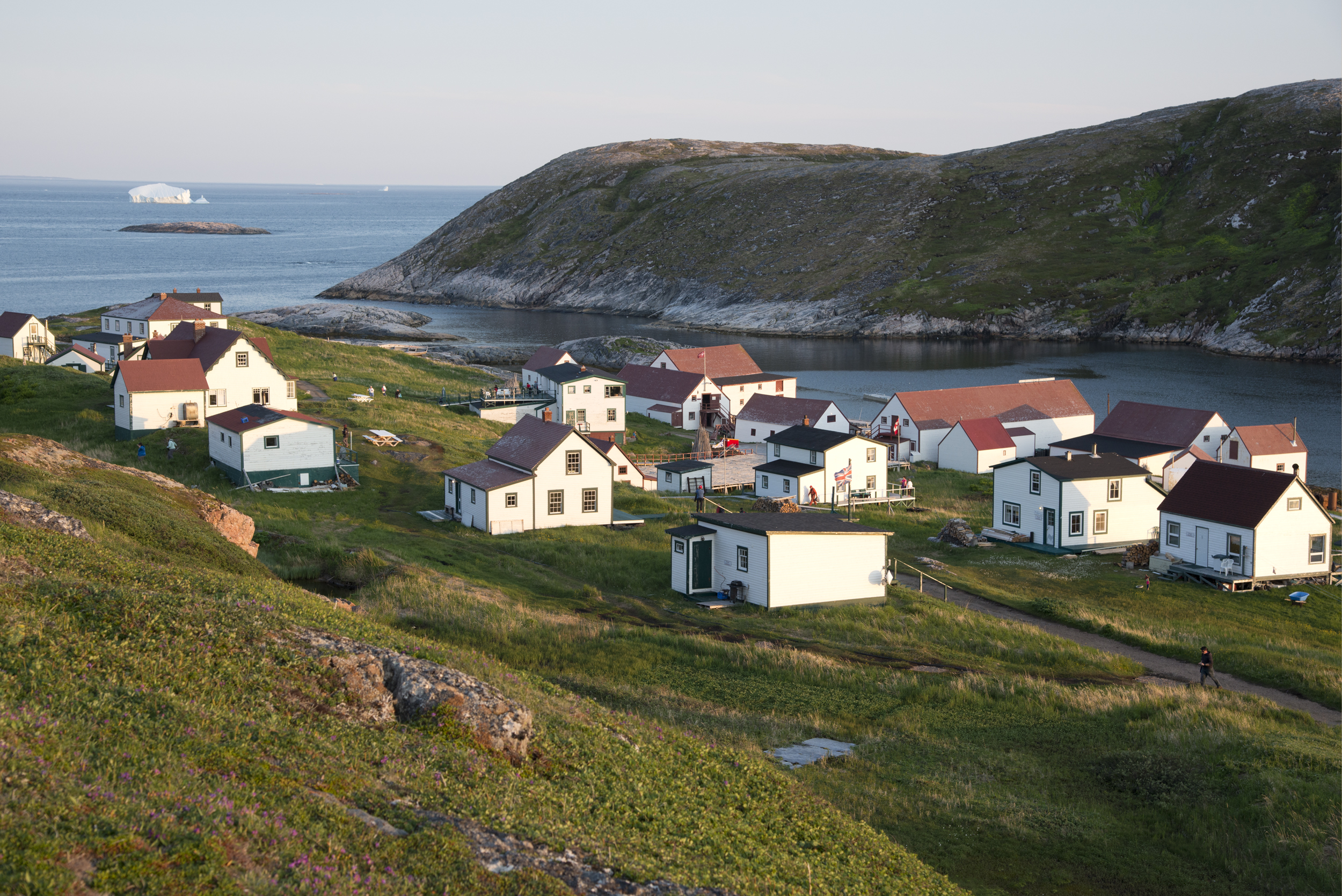 The restored historic buildings of Battle Harbour now serve as a retreat and museum. We explored the area as the sun set and an iceberg punctuated the horizon. 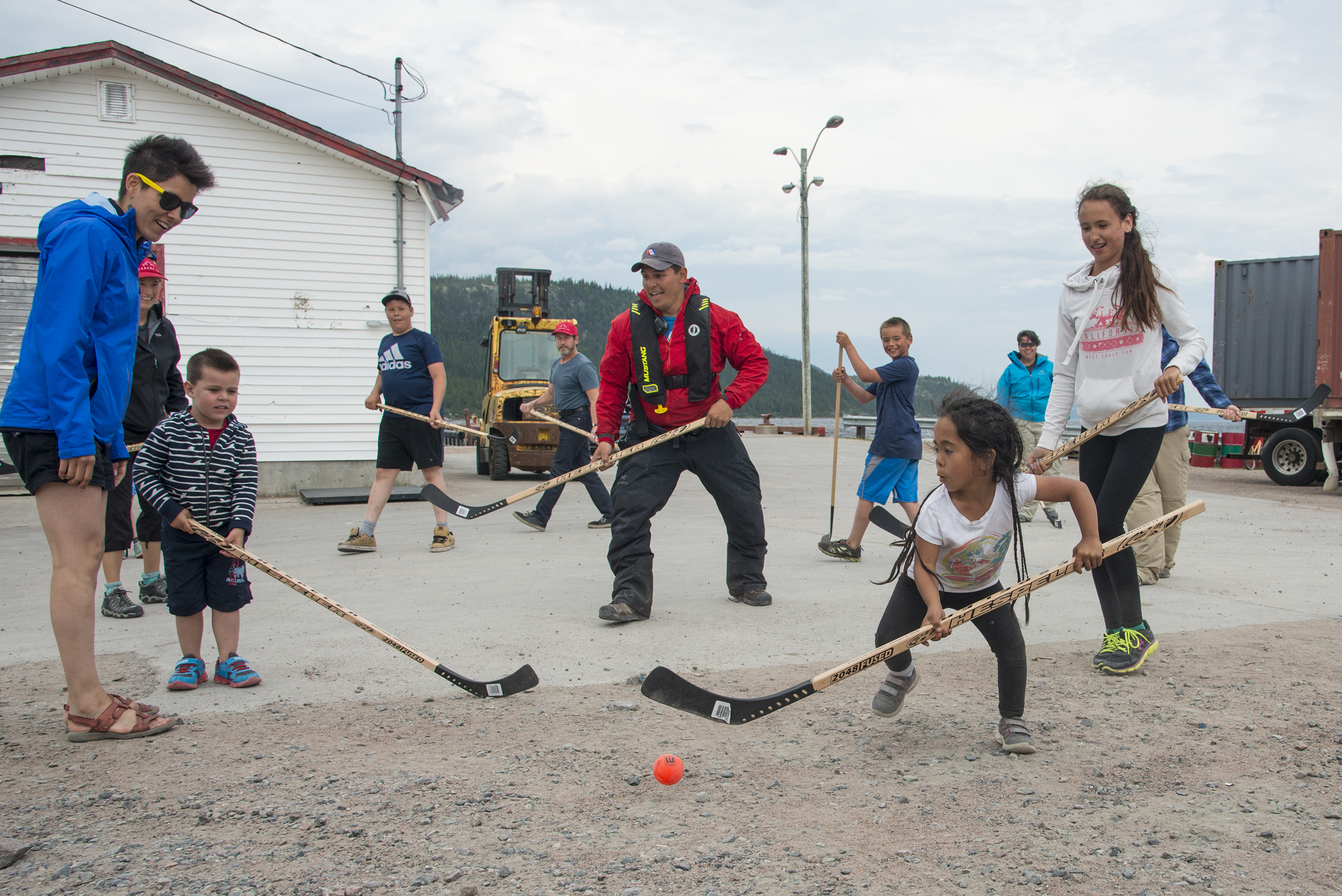 Canada C3 is delivering sporting equipment to northern communities along its route, including in Rigolet, where a street hockey game ensued. 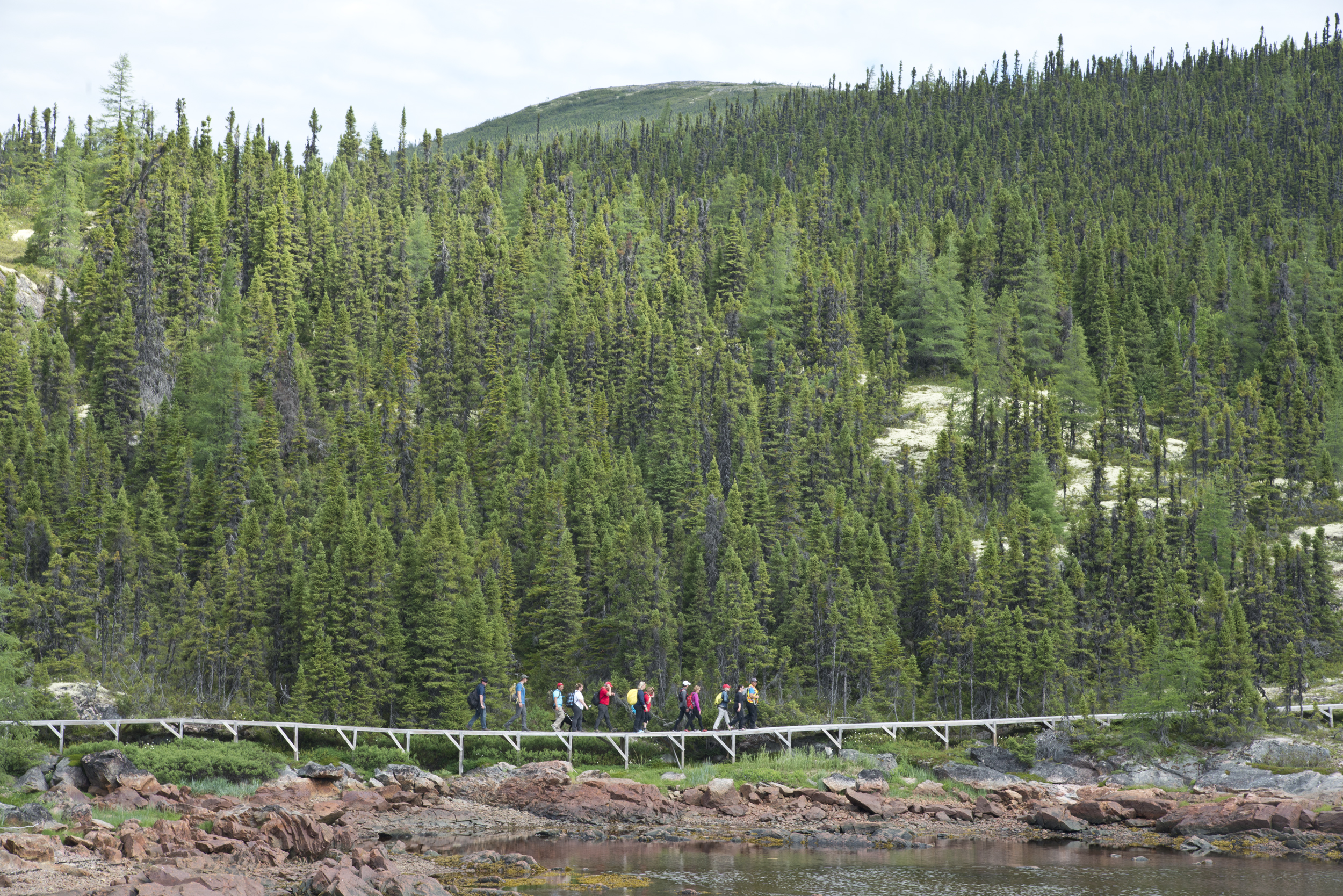 At Rigolet, we trekked along what is billed as North America’s longest boardwalk (and quite likely the buggiest!). 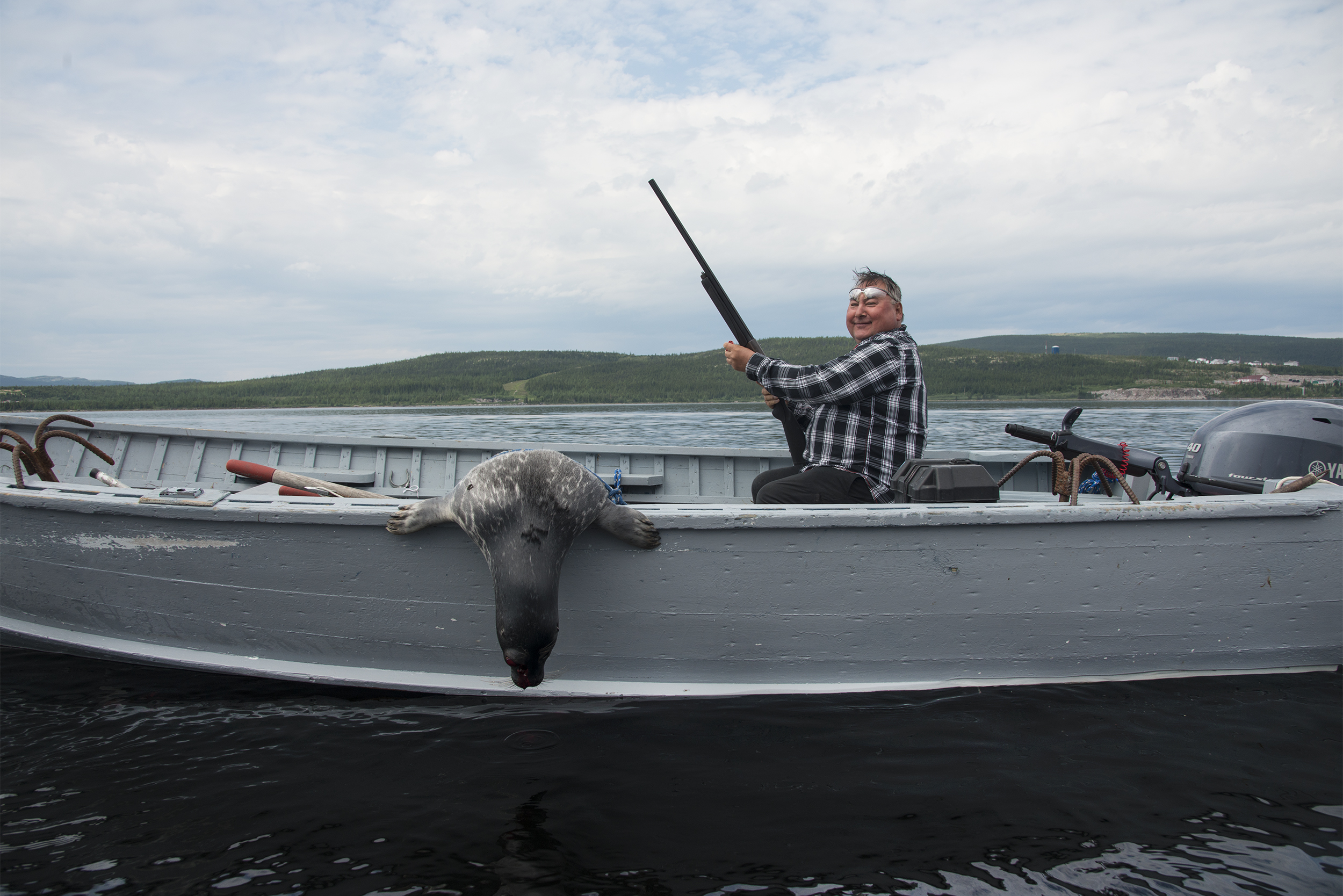 When one of the Canada C3 Zodiacs faltered, a seal hunter from Rigolet came to assist. 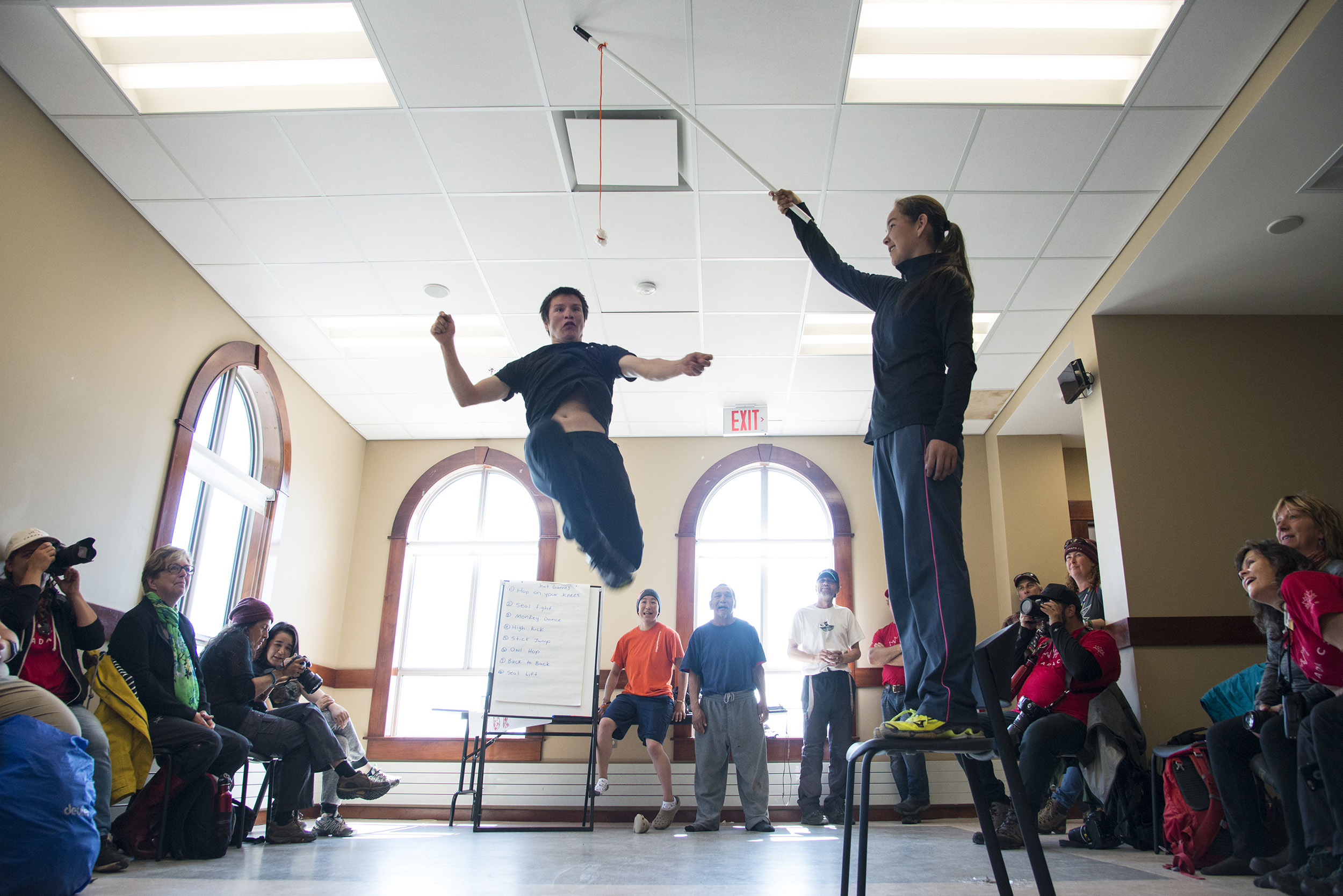 In Hopedale, local youth demonstrated Inuit games, designed to build endurance and skills that are useful for survival out on the land. 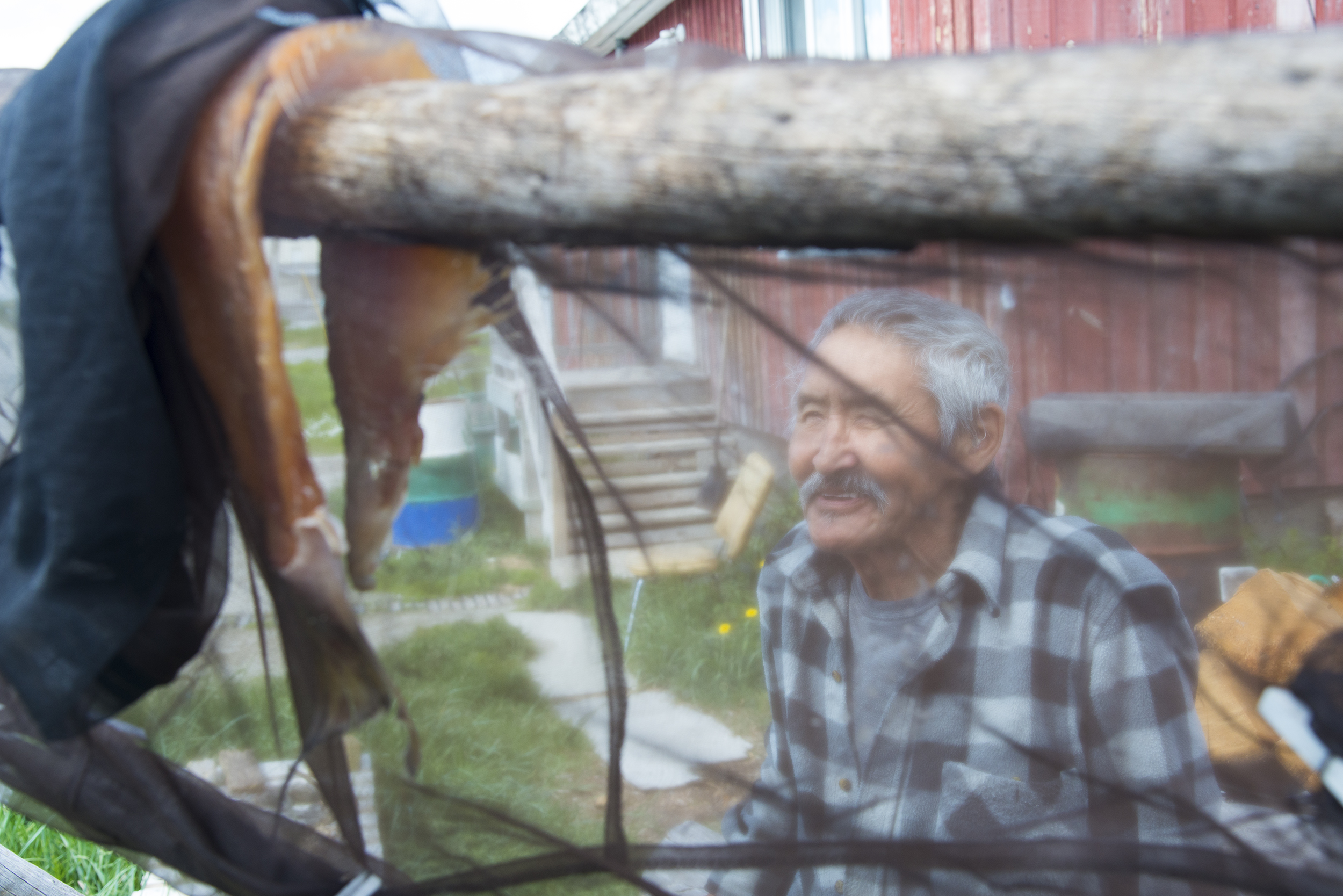 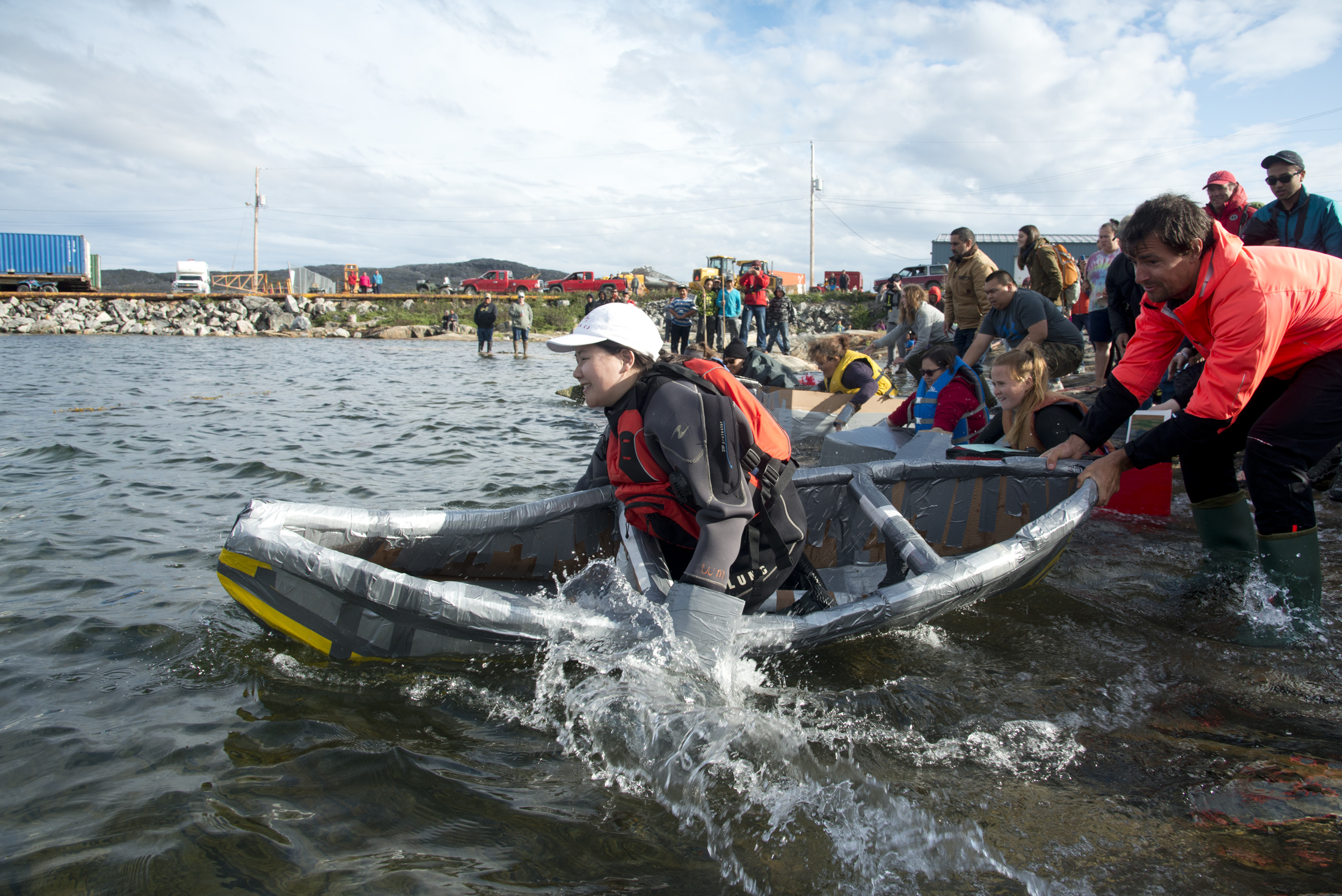 Our group of Canada C3 participants built a canoe to compete in the annual Hopedale cardboard boat race. Man-Yin Tsang from Toronto paddled valiantly, but the boat tipped right off the starting line. 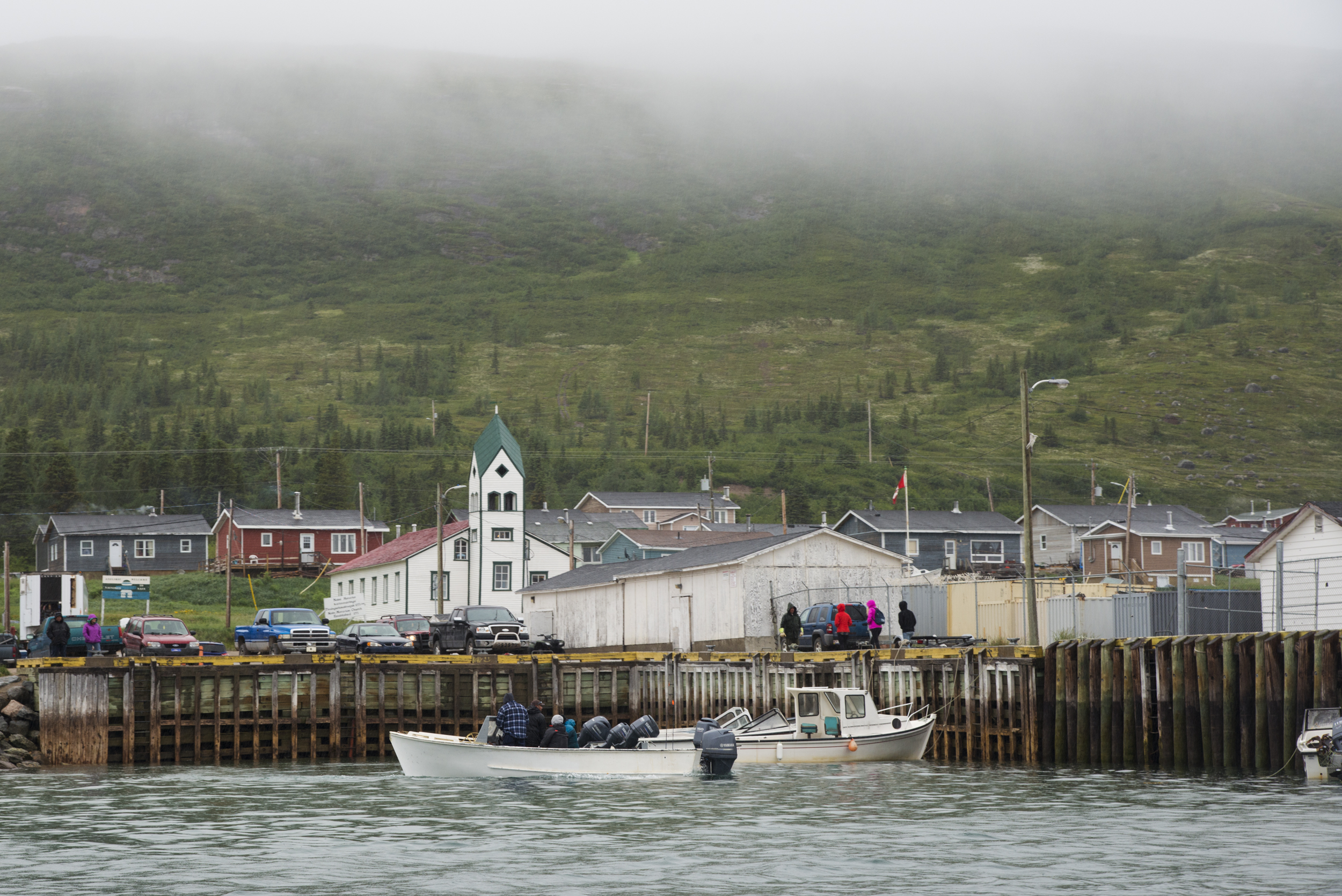 Leg five ended in Nain, one of the oldest permanent Inuit settlements. 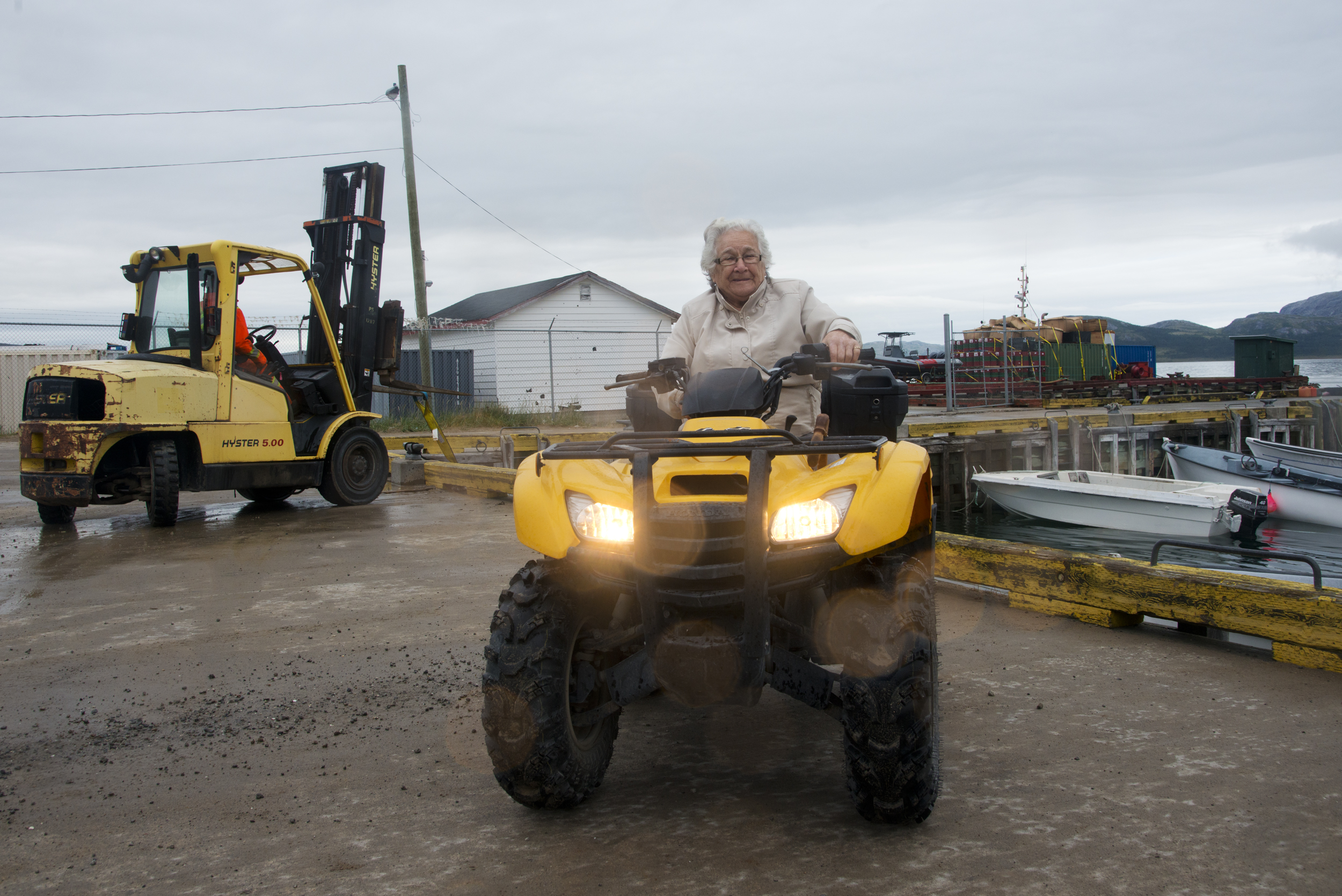 In Nain, quads are a primary means of transportation. This local—the grandmother of one of the Canada C3 crew members—waved us off as we boarded Zodiacs and returned to the Polar Prince one last time as leg five ended.