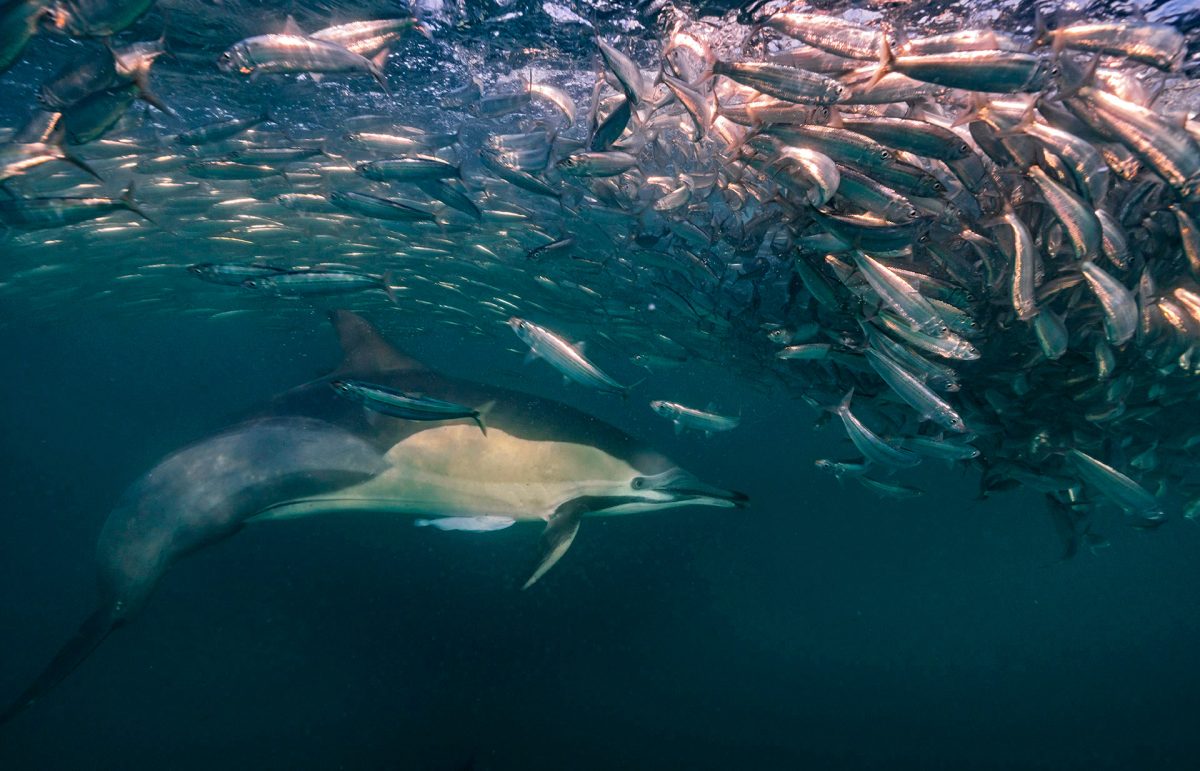 As a nature photographer, it was always a dream of mine to experience South Africa’s sardine run. In terms of biomass, it’s one of the biggest migrations on Earth. Billions of sardines migrate up the country’s east coast to spawn, and predators like copper sharks, blacktip sharks, Bryde’s whales, Cape gannets, and common and bottlenose dolphins follow them.

The day after I arrived in Port Saint Johns, in June, I started exploring the Indian Ocean. But capturing the run was not as easy as I thought it was going to be. You always try to follow the gannet flock; whenever I spotted gannets dive-bombing in the same place, that’s where I checked. I went into the cold water several times every day, but visibility was horrible. It wasn’t until my fifth day that I photographed the sardines in a bait ball—a tightly wound mass the fish form for protection. A dozen dolphins were attacking the bait ball, one after another. Finally, as a lone common dolphin swam toward the sardines, I got the shot.