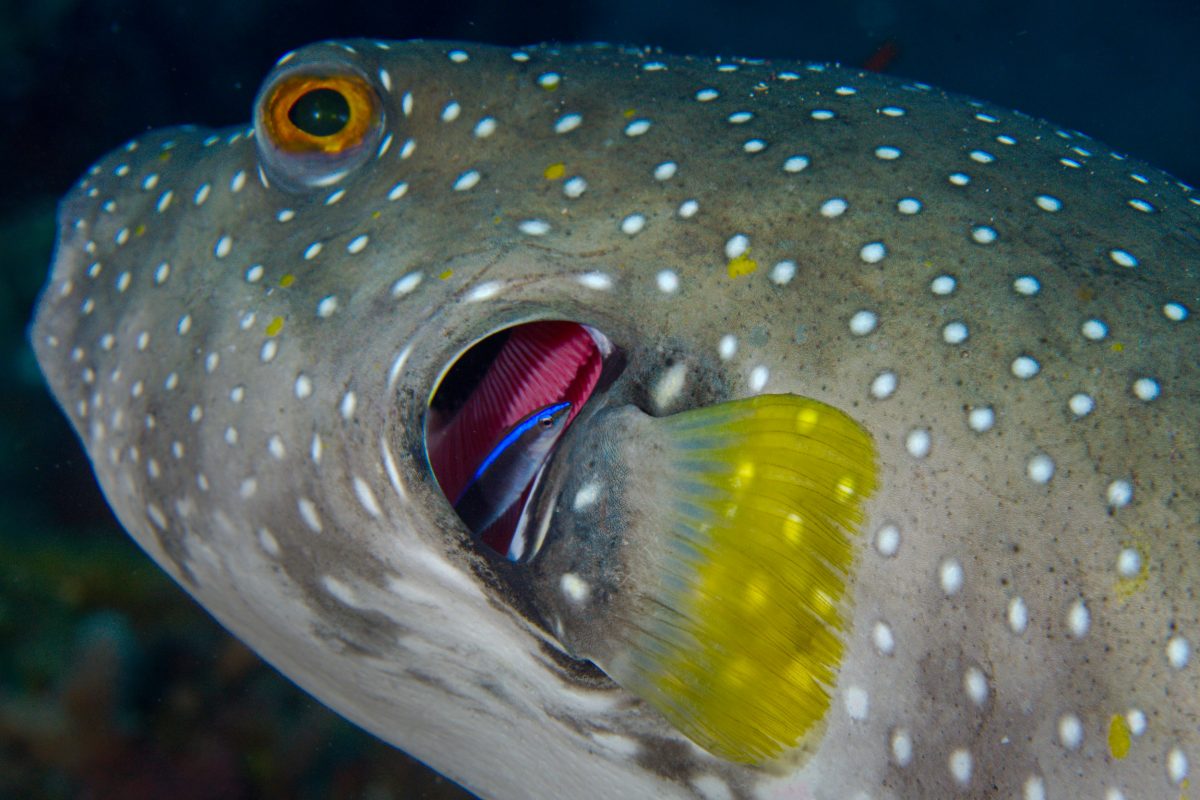 In Bali, Indonesia, I explored a most unusual dive site: the wreck of the USAT Liberty, a US military transport vessel that was torpedoed by a Japanese submarine during the Second World War. The ship has since become a kind of artificial reef, providing refuge for fish and surfaces onto which marine invertebrates can attach. It was near this wreck and its resplendent biodiversity that I photographed a cleaner wrasse attending to a white-spotted puffer.

Parasitic infections are a huge problem for coral reef fish, so cleaner wrasse are vital to their well-being. Tiny wrasse nip the parasites off their fish hosts, gaining a rich meal in the process. In this shot, the wrasse has entered the puffer’s sensitive gills—illustrating, to me, a great amount of trust between the two fish. The exchange is akin to letting a Lilliputian doctor crawl into your sensitive nasal cavity to fix an infection, and then you buying the doctor dinner.