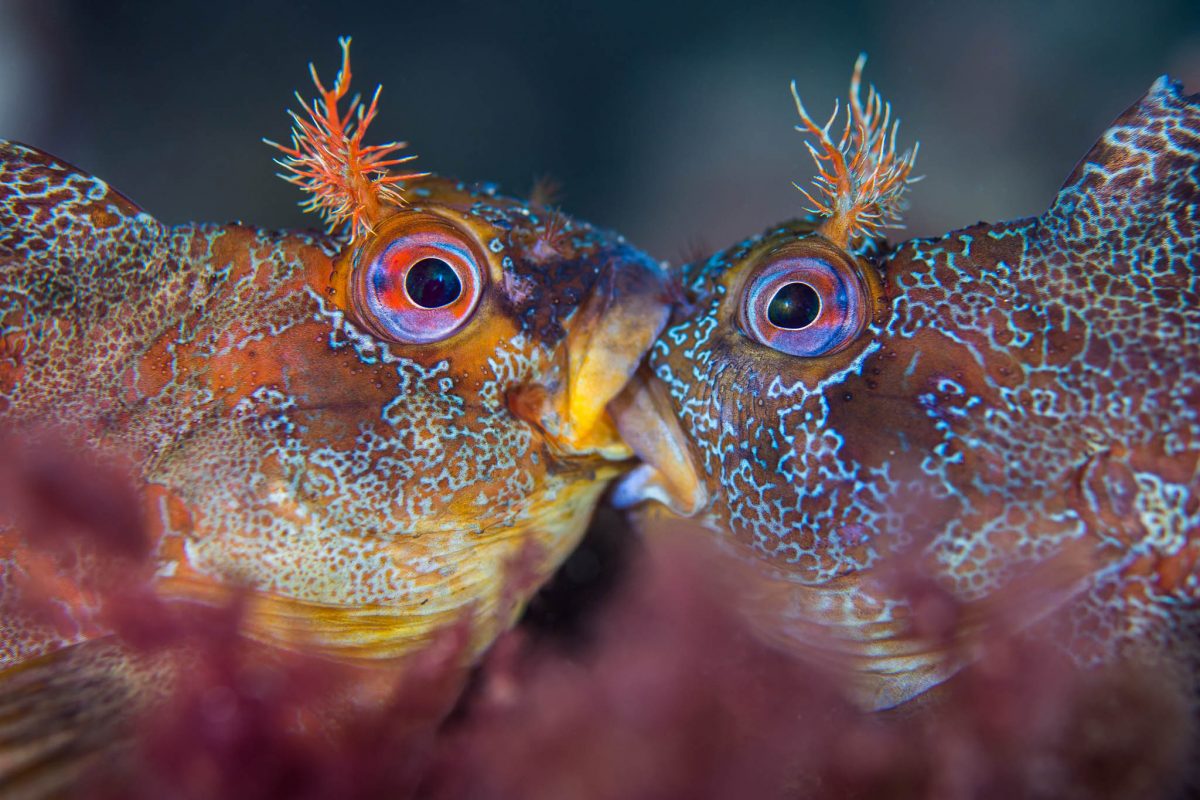 Despite appearances, these tompot blennies are not kissing. They’re engaged, rather, in a ferocious battle over mating rights.

I had long avoided diving in British waters, favoring those that are more tropical. When I finally took the plunge under Swanage Pier, a famous landmark along Dorset’s Jurassic Coast, my goal was to find a tompot blenny, one of the most charismatic fish in England. After a few minutes, I spotted a male perched on the seabed, its face decorated with unique blue markings. To my surprise and wonder, another male approached and the two quickly started tussling.

When the dust settled, I found them frozen: jaws locked together, neither willing to back down. Just as I seized the opportunity to capture this unusual scene, the fish gazed back at me—an alien observer in their midst.