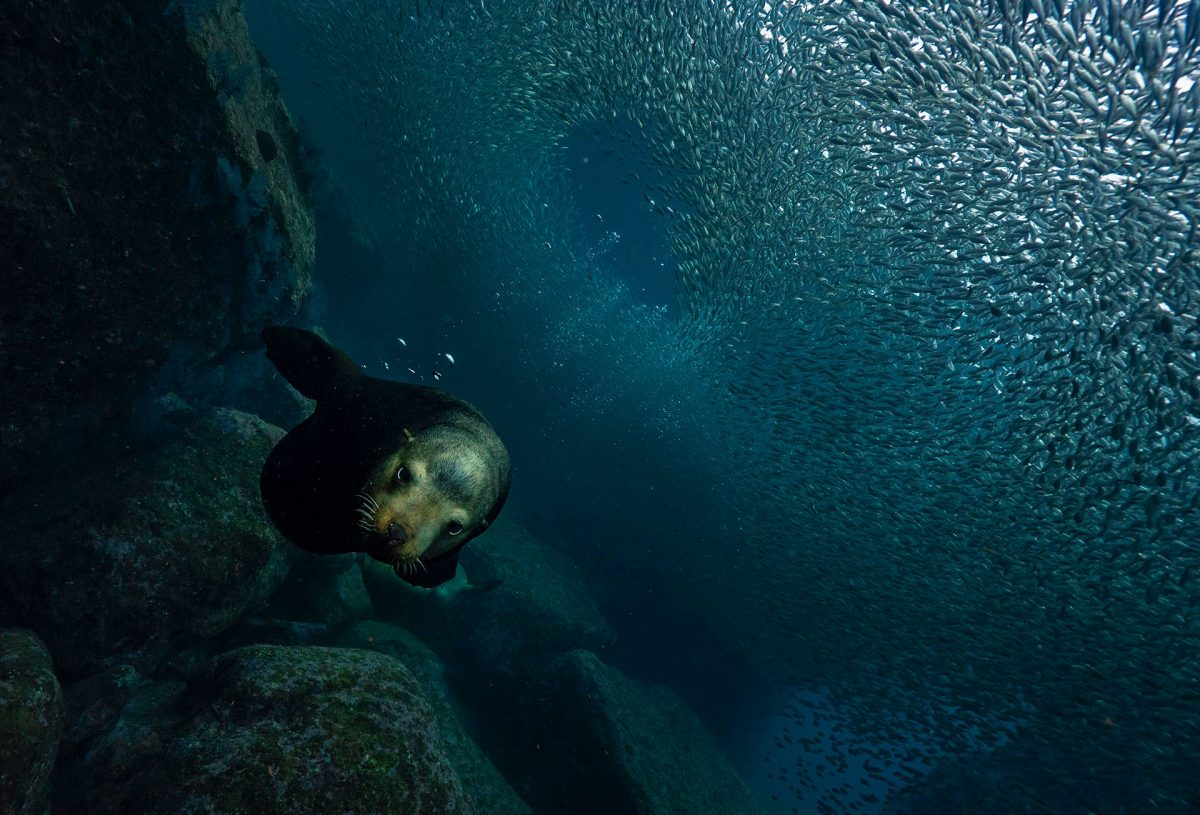 In a recent expedition to Baja California in Mexico, I spent time at an islet near La Paz. It has a colony of California sea lions. The incredible thing is that one can swim or dive with them, if it is done respectfully.

When I slipped into the water the first time, I was awestruck by the amount of life and activity. Huge schools of sardines pulsed along the islet’s walls, attracting the attention of predators. Pelicans and a few cormorants appeared periodically to attack the fish, but the sea lions were always around: females, juveniles, and males. Some fed on the sardines, while others just played or roamed around.

The most magnificent were the huge, patrolling males. In this image, one of them had just sliced through a school of fish. It came toward me and then passed by. What amazed me was its intense, confident look. It clearly says, “I’m the boss here.” And it was—sea lions dominate the area. Capturing this image from a close distance, and with perfect visibility, was such a memorable moment.