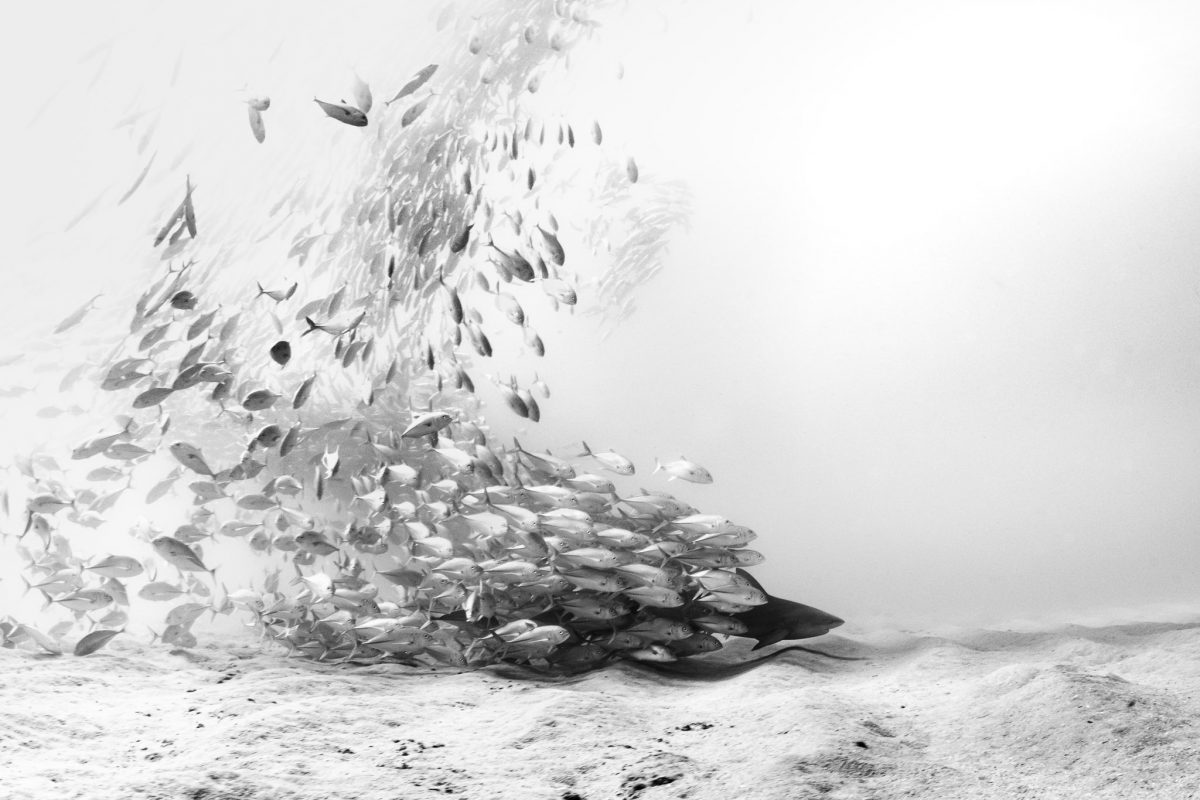 The Mexican fishing village of Cabo Pulmo declared its waters a national park in 1995. The results of its strict no-take policy have been astounding, with a 500 percent increase in fish biomass within the park.

On a visit to Cabo Pulmo, I dove 25 meters to scour the sandy bottom for bull sharks. What happened next exceeded my wildest expectations: a stocky bull shark glided into sight and was quickly joined from above by a shoal of jack. The shark remained passive while the bold fish enveloped its body. I was stunned. Seeing these two headline marine acts together was incredible, and I wondered what on Earth they were up to. Later, I found out that shark skin feels extremely coarse when stroked from tail to head, and that the jack were using the bull shark as a scratching post to rub off parasites. The interplay between animals is sometimes surprising; in this case, good hygiene superseded the jacks’ fear of becoming lunch.